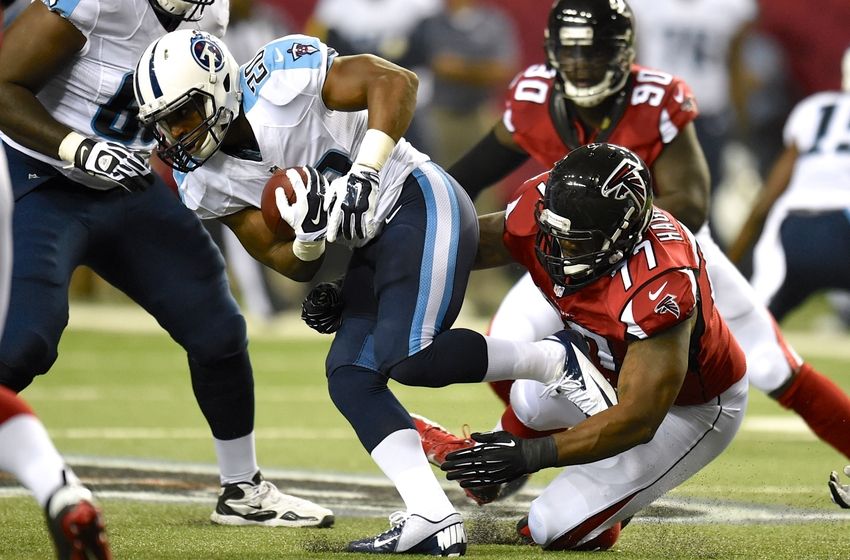 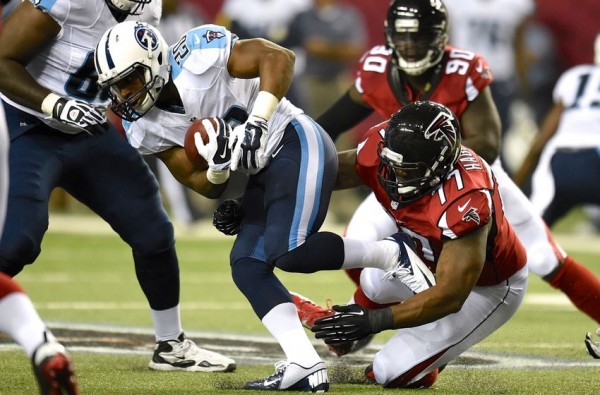 Thankfully the offseason is over in the NFL. We may only be watching exhibition games, but it’s way better than any Kardashian coverage or presidential debates that resemble reality shows. My Atlanta Falcons got their 2015 campaign underway with a match-up with the Tennessee Titans Friday night.

Dan Quinn made his head coaching debut in the Georgia Dome along with Marcus Mariota of the Titans. Quinn promised to bring quickness and hardnosed play to Atlanta. Mariota made no promises, but expectations are always high for a #2 overall pick.

Game Summary: Atlanta controlled this preseason game with the Titans from the jump but needed a 4th quarter score to get the win. The Falcons defense was on the same level as the offense as well, a huge change from the past few years. The Falcons D made the highlight reels as they made Mariota look like the rookie that he is. The Birds’ defense is used to making lots of highlights for the opponents, so it was about time they gave their own fans something to cheer about.

Matt Ryan did his job for the few plays he was on the field, going 6-6 on the opening drive that ended with a nice TD to Julio Jones.

The Falcons scored 17 points in the first quarter, then gave up 13 to Tennessee in the 2nd. Ryan looked like the polished vet he is, while his backup T.J. Yates threw a pick on his way to a 9 of 15 game. None of the QBs from either team looked horrible and that can be attributed to the simpler preseason offensive gameplans and lack of speed from the defenses that realizes there is a long season ahead.

Atlanta won the game 31-24 and will face the locker room brawling Jets next Friday night.

*During this highlight, a Falcons player grabs Titans quarterback Marcus Mariota then tosses him to the ground. This is referred to as a “sack” fellow Falcons fans. We have seen so few of these in recent years I wanted to prepare you for the shock of such a play. Hope we see more of the same.

3 Things to Build On:

– Rookie pass rusher Vic Beasley had a nice game, although things will get much tougher once the real season starts. The guy is not the heaviest looking defensive end so that may be his downfall once we hit the regular season. His quickness allowed him to disrupt Mariota on a few occasions, resulting in one interception. “I think it went pretty well,” Beasley said of his debut. “I think we got off to a good start as a team. Just looking forward to getting started this week coming up.”

-The opening drive looked like a well-oiled machine from the ATL offense. Ryan could not have looked any better and Julio Jones resembled, dare I say it, MEGATRON. There, I’ve jinxed him.

-Quinn is getting lots of love for how his team came out with the type of football he promised. We can’t get too far ahead of ourselves. This is just week one of preseason and there will be blunders ahead for this rookie head coach. Last night was a great start though!

Lowlight of Game: Antone Smith pulled a hamstring during a one-yard touchdown run in the second quarter and didn’t return. Smith was quite the big play baller last year before injury took him out of the lineup. The Falcons will need this guy back in order to take pressure off the passing game.

Bonehead Play of The Game: Have to give this one to Marcus Mariota for getting swiped by Jonathan Babineaux. That led to a Falcons TD. Got to be aware of your surroundings kid. This ain’t Oregon! NFL defenders get to the backfield in a hurry. Adjust that mental clock.

Julio Watch: Jones is still in contract negotiations. He is going to get paid and the reasons why were on full display in this opening game. Dude is a freak who should be in his prime the next five years. He caught all four balls tossed to him and scored one touchdown in this contest.

Nothing better than a shot of the gladiators about to enter the arena. #maximus

I don’t recall Mike Smith doing this in pregame. #youngblood

Let me dispel this idiotic blackout myth. Wearing all black does little, actually nothing, to help the team win. #checkyohistory