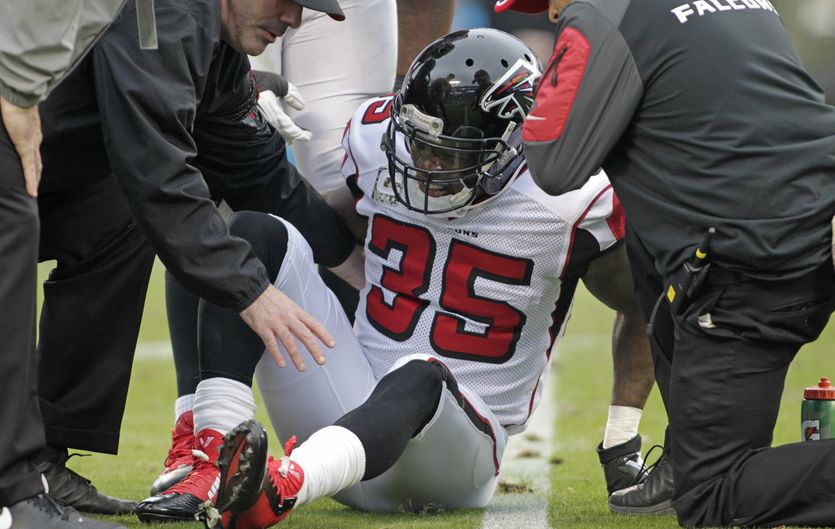 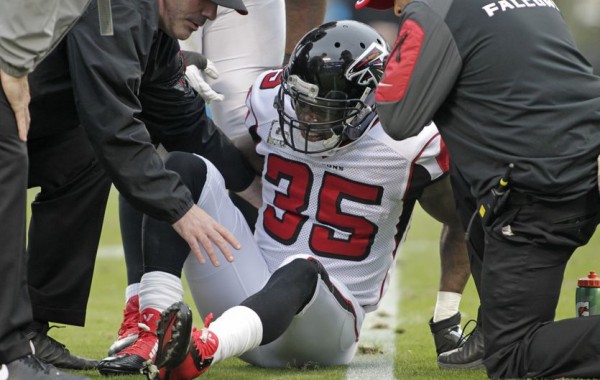 I have no idea why Atlanta Falcons head coach Mike Smith cannot figure out how to get Antone Smith more touches. Check that, I don’t know why he refuses to get this man the football more often. It can’t be that Mike Smith can’t figure out how to do it. He is the freaking head coach, so he could give this touchdown factory the ball 32 times in a game if he wanted. For reasons that I, nor anyone else can figure out, the Falcons coach is content to let him have about four or five touches a game.

This issue started out as an interesting side note, but with the Dirty Birds looking like they are on their way to another dismal season, any help they can get would help greatly. I don’t think Mike Smith is coaching for his job yet, but two bad years in a row with about five to six wins would put him firmly on the hot seat in 2015. It would seem like the head coach has a good reason for not putting Antone Smith more heavily into each gameplan. One would assume that the journeyman running back has fumblitis or can’t protect Matt Ryan on passing plays. Those assumptions would be wrong. The guy holds onto the ball and has no evidence of poor pass protection according to detailed stats on Profootballfocus.com.

Antone Smith is not going to make any noise about his lack of playing time despite the fact that he has incredible numbers for the few touches he gets each week. He is happy to just have a roster spot after bouncing around the NFL for a couple years as a special teams player. It is up to Falcons fans to rise up and demand the former FSU baller get more chances to get to the endzone. Sure, his sample size is small but there is no way that these long TD runs game after game are an anomaly. 71% of his rushing yards have come on runs of 15 or more yards. Steven Jackson is not generating numbers anywhere near that. Jackson has no breakaway speed anymore and that is just a fact. He is still a tough runner but Atlanta needs to score on almost every drive to make up for one of the worst defenses in the league. They need six points in a hurry, not three yards and a cloud of dust then a punt.

Making the case for Smith to get into the game more should not take an act of Congress. The Falcons are in trouble, deep trouble. Sunday’s game at home was an embarrassing loss to the Bears. The O-line is woeful with all the injuries. And for some reason the receivers seemed like they were trying to look as bad as their defensive backs in terms of skill level. The receiving corp had seven dropped passes. Matt Ryan did his job, but his guys let him down. Antone Smith was the lone spark in the skill position. Maybe Ryan needs to get in his coach’s ear to get Antone Smith into the gameplan more. He had better do something fast or another year of his talent will be wasted on a team going nowhere.

The Falcons have nothing to lose by seeing if Smith can keep up his impressive stats over the long haul. Their defense can’t stop anyone and if they get behind it is not hard for their opponents to blitz Matt Ryan successfully with that injury depleted offensive line. Smith can’t turn all these problems around. He is just one guy, but he is a guy who has five touchdowns on only 23 touches. All his scores have come on plays over 38 yards. That is the very definition of an offensive weapon. The man needs the ball at least ten times a game to be a game changer. If any team is in need of changing their game, it is Atlanta. Coach Smith best take heed and stop trying things that are not working and play the difference makers.