Home All News Movie News ‘Aquaman’ about to hit $1 billion while ‘Escape Room’ sneaks onto box... 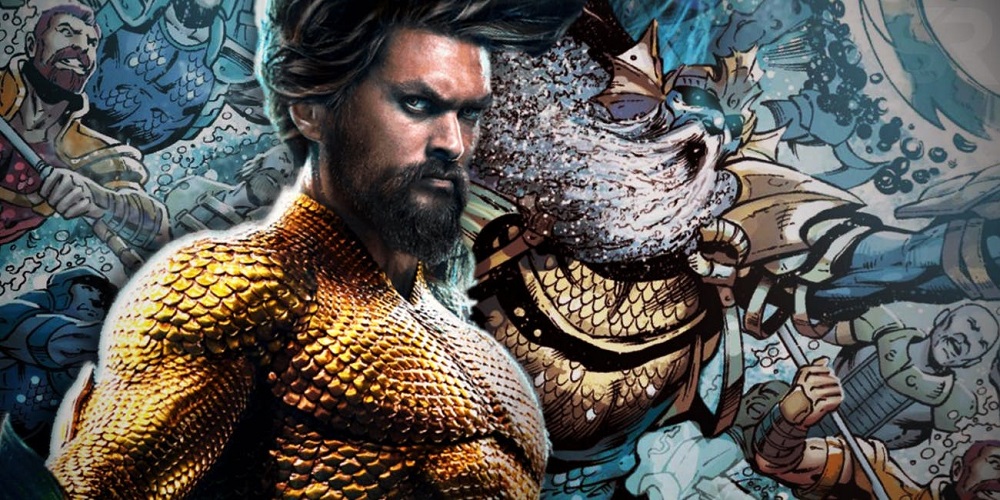 It might have been a lazy week at the box office, but Jason Momoa‘s “Aquaman” is swimming quickly to the $1 billion box office dollar mark making it the third DC Comics movie to cross that milestone (with “The Dark Knight” and “The Dark Knight Rises.”) It is the first DC Films film to do this though.

It currently stands at $941 million worldwide (including $160 domestic), but the film will be hitting the mark by this weekend rather easily. Once “Aquaman” becomes the 37th film to cross the $1 billion mark (not counting for inflation) it will make history for “Furious 7” director James Wan. He’ll become that rare director to have two films in this club.

He’ll join Chris Nolan (“The Dark Knight” and “The Dark Knight Rises”), Michael Bay (“Transformers: Dark of the Moon” and “Transformers: Age of Extinction”), Peter Jackson (“Lord of the Rings: The Return of the King,” “The Hobbit: An Unexpected Journey”), Joss Whedon (“The Avengers,” “Avengers: Age of Ultron”), Pierre Coffin (“Minions” and “Despicable Me 3”), the Russo Bros. (“Captain America: Civil War,” “Avengers: Infinity War”) and James Cameron (“Titanic” and “Avatar”) in the elite cohort of directors with two movies to top $1 billion.

While “Aquaman” is still the champ at the box office three weeks in, the high-concept thriller “Escape Room” also drew some substantial crowds in its debut weekend.

Warner Bros. on Sunday says that “Aquaman” has added an estimated $30.7 million from over 4,000 North American theaters. That brings its domestic grosses to nearly $260 million. The DC comics film starring Jason Momoa has had a tidal wave of successes internationally too.

Worldwide it has made $940.7 million, making it by far the highest grossing film in the modern DC Extended Universe slate (No. 2 is “Batman v Superman: Dawn of Justice with $873.6 million).

Even with the slew of holiday releases, from blockbusters to awards darlings, Sony’s PG-13 rated thriller “Escape Room” managed to sneak into second place in its first weekend in theaters generating an estimated $18 million in ticket sales — double its production budget.

The film stars Taylor Russell, Deborah Ann Woll, and Logan Miller and was directed by Adam Robitel. It got mixed reviews from critics and audiences, but that didn’t seem to matter when it came down to the bottom line.

“Movies that open in the early part of January don’t get a lot of respect, but this was a great profit maker,” said Comscore senior media analyst Paul Dergarabedian. “Sony took perfect advantage of what is typically a marketplace devoid of newcomers and made box office hay out of it.”

“Spider-Man: Into the Spider-Verse” took fourth place with $13 million and “Bumblebee” rounded out the top five with $12.8 million.

The Dick Cheney biopic “Vice” fell only 25 percent in its second weekend, adding $5.8 million to take seventh place. A leading nominee at the Golden Globes, “Vice,” starring Christian Bale as the former Vice President, has now earned $29.8 million, but still has an uphill climb to even meet its $60 million production budget.

In limited release, the Ruth Bader Ginsburg biopic “On the Basis of Sex” continued to perform well, with $1.7 million from 112 locations, before expanding nationwide next weekend. And the Bollywood film “Simmba,” playing in 292 locations, grossed $1 million, bringing its North American total to $4.1 million.

Six days into the new year and coming off of a record 2018, the box office overall is running a little behind (5 percent) where the totals were last year, when “Star Wars: The Last Jedi” and “Jumanji: Welcome to the Jungle” were still printing money. But that could all change when “Glass” opens on Jan. 18. The M. Night Shyamalan film could be a January record-breaker.