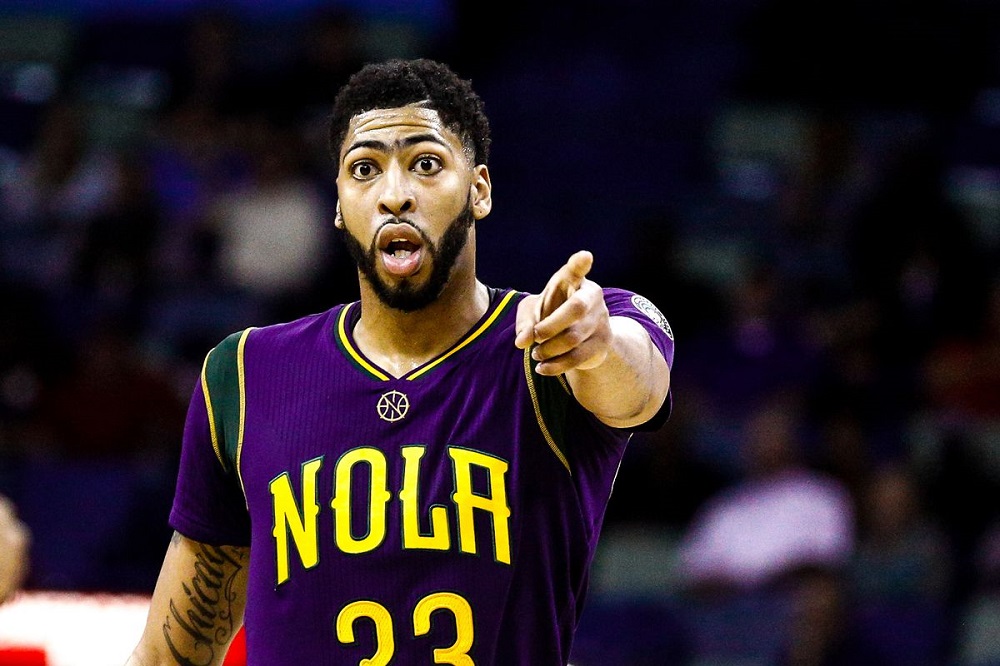 As the New Orleans Pelicans fight to keep their heads above the .500 mark, they continue to show inconsistent signs of greatness. One of those flashes came Tuesday, as the Pels dismantled the Boston Celtics 116-113 in overtime in the TD Garden in Boston.

Anthony Davis reminded the world why he’s one of the top three best basketball players in the world with a dominating 45 points and 16 rebounds performance in the victory. So, with the Pelicans winning in Boston and AD being the key focus of the night, it revived the trade rumors from the offseason. Apparently, the Celtics have been bugging the Pels constantly to acquire Davis. Well, bad news, Boston, Davis isn’t available.

“I know there’s been rumors about Boston trying to trade for him or whatever, and my response to that is, yeah, we’ll trade him,” said Pelicans head coach Alvin Gentry, initially generating shock in basketball fans everywhere. “But they’re going to have to give us the New England Patriots and the two planes that they just bought. And I don’t think they’re going to do that. So we’re not even thinking about those kind of things.”

The team hasn’t been focusing on trade rumors or silly trade offers. Davis is signed with the Pelicans through the 2019-2020 NBA season with a $28.7 million player option for the 2020-2021 season, so Davis isn’t going anywhere anytime soon. Instead, the Pelicans want to build around him. They know they hit the lottery with Davis, and they want to turn the franchise into a legitimate contender.

“That stuff doesn’t bother me,” continued Gentry. “It’s white noise. You just block it out, and you move on. I don’t really pay it very much attention at all. I mean, he’s a once in a lifetime player, and he’s happy here. I don’t want to put words in his mouth, but he’s never said anything to me but, ‘I want to win, and I want to do it here.’ So it’s up to us to just continue to try to put the necessary players around him to get that done.”

The first part of that was bringing in center DeMarcus Cousins. The Pelicans have easily the two best big men in the league on the same team, and the team has made it clear that they have no intentions of trading either of them. New Orleans intends 100 percent to resign Cousins when he becomes a free agent this offseason, so Gentry doesn’t want to hear about any trade packages you could possibly have involving either player.

“No, no, no, no, no,” said Gentry, trying desperately to get the point across. “I would never trade a great player for good, and I don’t think that our management would be willing to do that either. We have one of the premier players that’s going to be in the Hall of Fame one day, and what you do is you try to build around him to try to put a championship team together. You don’t trade him.”

Of course, signing all the players necessary to build a championship team can get expensive. Davis and point guard Jrue Holiday are currently making over $20 million every season, and Cousins will certainly want a similar payday to stay in New Orleans. People say that the team won’t be able to afford it. New Orleans isn’t a huge basketball city. The New Orleans Saints will always be number one (even when they break our hearts). Fortunately, the Pelicans have a very generous, dedicated owner that is ready to make things work with the franchise the way he did with the Saints.

So, to summarize, Gentry believes in this team and in the franchise’s ability to build around this team. The Brow is the future of the franchise, and hopefully, Cousins will be around for the ride.

“I think we’re really close,” said Gentry. “We’ve got two guys that are in the top five in their position in the league, and you could argue that they may be the best at their position in the league. And Jrue Holiday is playing great. I think the thing is that we’ve just got to be consistent in what we’re doing, and we’ve got to keep our health. If our health is fine, then we’ll be okay.”