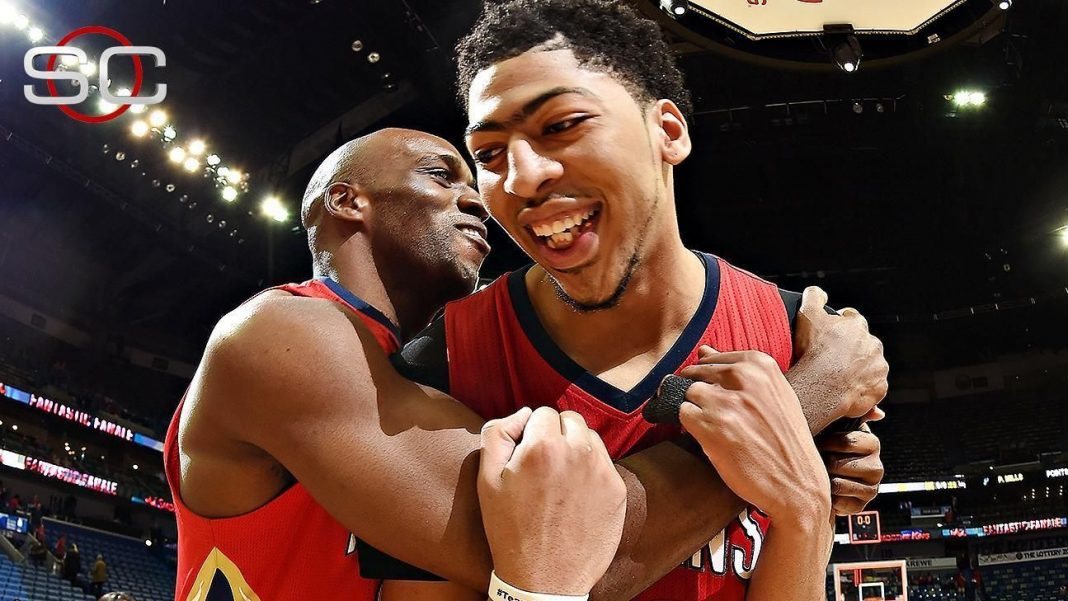 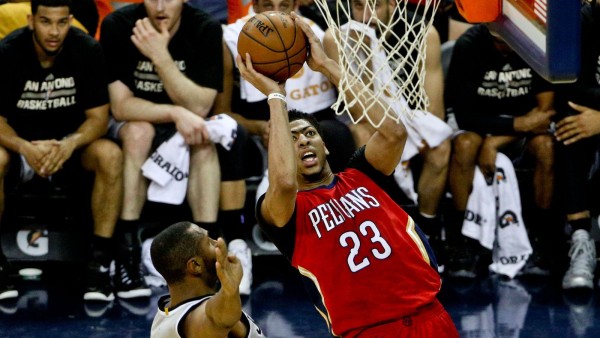 That’s right ladies and gentlemen—the New Orleans Pelicans are heading to the NBA Playoffs after outlasting the San Antonio Spurs rally and edging out the Oklahoma City Thunder in the standings.

In the biggest game of his young NBA career, Anthony Davis put on a show for the home crowd, leading his team to a 108-103 victory over the defending champs to secure playoff basketball in New Orleans for the first time since 2011. Davis finished with 31 points, 13 rebounds, and three blocks in the big win.

“Honestly, I know I told y’all before this game it didn’t mean nothing, but I tried to downplay it because I didn’t want to get too excited,” said an ecstatic Davis after the Pelicans win. “It meant a lot—and we played like it meant something. We played our hearts out.”

They sure did. The Pelicans came out of the locker room ready to fight, and by the middle of the 2nd quarter they found themselves with a 23 point lead over the Spurs. Of course, as most teams in the league have come to learn, the Spurs may be down but they are very rarely ever out. The champs gradually chopped away at the lead after halftime, and by the 4th quarter the Spurs had made it a game again. 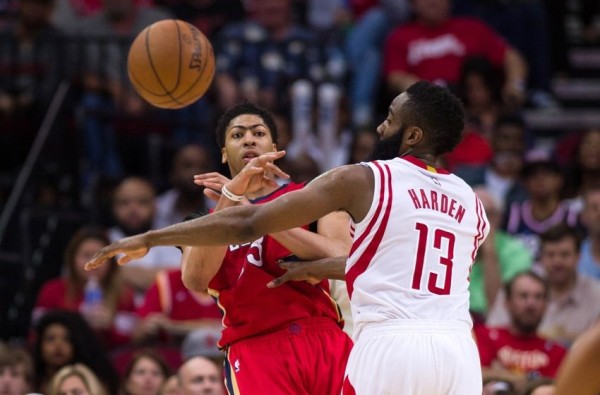 The Pelicans weren’t about to blow this one though. Although they made some bad mistakes in the 2nd half, they held on behind Davis, head coach Monty Williams, and Tyreke Evans.

“Since I’ve been in the league, I haven’t had a chance to play for anything,” said Evans, who joins Davis and Eric Gordon as leaders of the team who will be making their first appearance in the postseason. “So tonight I wasn’t going to let nothing take it away.”

For the majority of the Pelicans roster, this matchup with the Spurs was the most important game they’ve ever played in—a win-and-you’re-in game on their home court against the defending NBA champions. This season is the first time since the Chris Paul and David West era that the New Orleans franchise has even managed a winning record. 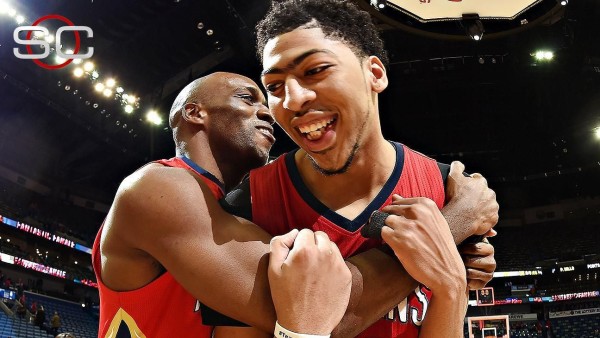 A large part of the Pelicans gradual path to success has been paved by head coach Monty Williams. Williams took over for Byron Scott in 2010, leading the Hornets to a 46-36 record and a playoff appearance in Chris Paul’s final season in the Big Easy. Obviously, with Paul leaving, the wins left too.

The Hornets found themselves in rebuilding mode, posting a 21-45 record in a shortened 2011-2012 NBA season; and they were selected to pick 1st overall in the NBA Draft Lottery. Little did they know that taking Anthony Davis out of Kentucky would change the face of the franchise, and the league itself to some extent.

Davis, Williams, and the Pelicans have gotten better every season; and now they are finally a playoff squad. Williams has withstood injury after injury and three losing seasons in a row—no one wanted this win more than him, and no one was more excited when that final buzzer sounded sending the Pelicans to the playoffs.

“It’s a long time coming,” said Williams after the game. “A lot of work. The game was phenomenal. I almost let [the tears] go. They were on the way. We’ve been through a lot here, a lot of the things we’ve been through I can’t even say on camera.” 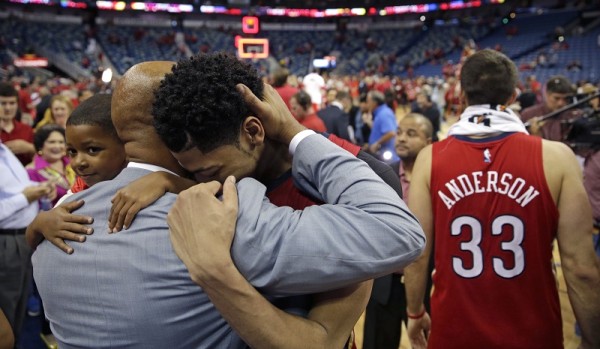 The Pelicans may not be the best team in the Western Conference, but they are in the playoffs now, and no one can take that away from them.

“A month and a half ago, nobody thought we’d be in this position,” continued Williams. “We just said we’re going to take it one game at a time. So many people counted us out.”