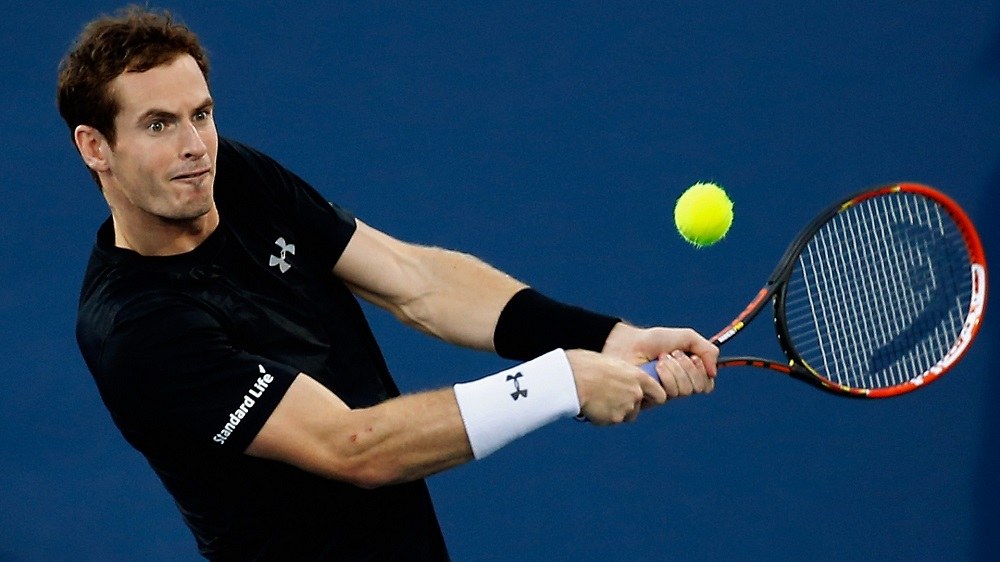 The big news on the ATP Tour for November 7th was that Andy Murray officially became the World No. 1. He sat atop the ATP’s rankings for the first time in his life despite lengthy stretches as the World No. 2. However, there is tournament news to discuss as well as the two groups for next week’s ATP World Tour Finals have been set. They are known as the “John McEnroe Group” and the “Ivan Lendl Group” with the former, one that is headed by Murray, certainly looking like the one that has the depth of battle-ready players.

Murray, Nishikori, Cilic, and Wawrinka are the most dangerous players heading into the tournament. That they have been grouped together is unfortunate, because only two players advance from each group. The strength of Murray’s recent form hardly requires comment as he’s won four straight tournaments. Nishikori was the last player to beat Murray in a straight-elimination event, and the Japanese player made the Basel final recently, through Juan Martin del Potro. Cilic won Basel, and he did very well in Paris last week for what had to be a tiring time for him. Meanwhile Wawrinka, despite dips in form in the small events, won the US Open earlier this fall. His ability to elevate his game for the big events makes him dangerous heading into the tour finals.

In the other group, every player could be criticized for one reason or another. Djokovic definitely isn’t playing his best right now as he falls out of top spot for the first time since 2014. Raonic, who made the Wimbledon final this season, had to withdraw from his semifinal match in Paris a couple days ago and you can flip a coin on him having to do the same in group play in London. Monfils has had a good season, but he’s never really been a man for the big tournament, and he’s missed events with injury lately. Meanwhile, Thiem, the youngest player in the group of eight qualifiers, is caught on the wrong surface in London as his hard-court credentials aren’t close to what he’s achieved on clay.

The group of death is certainly the John McEnroe Group. If we assume that Murray will advance from it, then that leaves the other three players vying for the second spot. I think a healthy Cilic is the one that comes through here as I see him as playing close to his best tennis again right now. Cilic’s best doesn’t last forever before something slows him down, but I think the Croatian near the top of his game is better than Nishikori and, to be honest, Wawrinka.

The other group is a major head scratcher for me, but I think I would actually go with Djokovic and Monfils as advancing. Djokovic not at his best is still better than a recently-hobbled Raonic. With Monfils, I don’t think the Frenchman misses a France-based tournament, like last week’s Paris Masters, without something seriously bothering him. However, missing the week and having the week off before the finals start should help him out. Thiem’s post-Wimbledon hard-court results have been too vomitous to have any kind of faith in him to start beating top-ten players on the surface.

Looking ahead, I see the following semifinal match-ups as most likely: Andy Murray vs. Gael Monfils and Novak Djokovic vs. Marin Cilic. That projects to a Cilic/Murray final in my books with the Scot the one who usually has more late-tournament wherewithal. I’m looking for Murray to consolidate his position on top of the rankings in what promises to be a great time for the Scot as he plays in the United Kingdom.