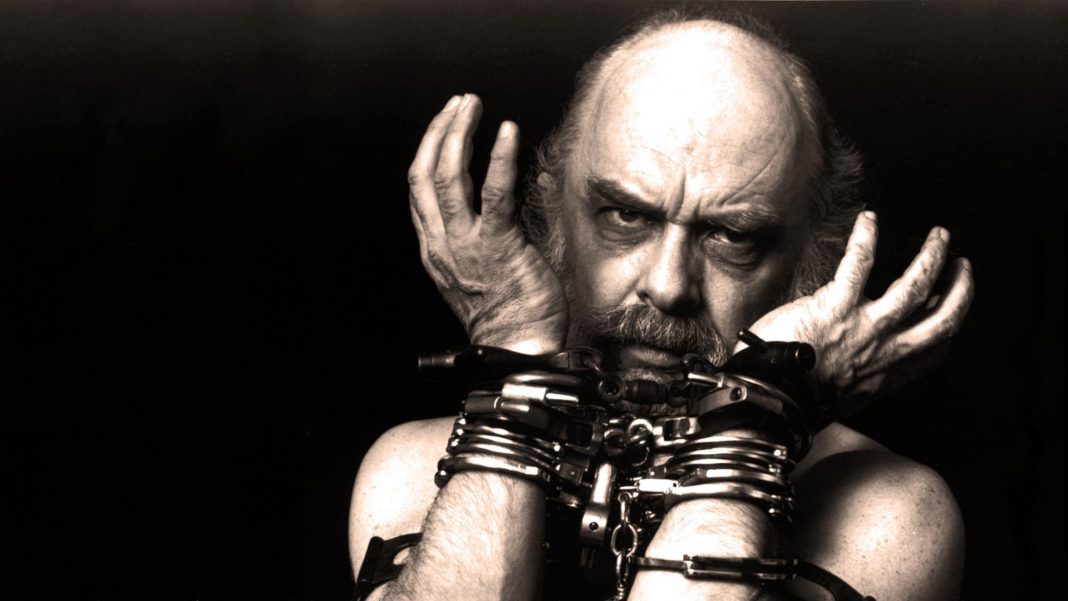 I first heard of The Amazing Randi when I was a kid watching Happy Days. There was an episode involving an escape artist and somehow Fonzie ended up taking his place and breaking free of a locked milk can. Pretty memorable episode. James Randi played himself on Happy Days. He was a modern day Houdini that could get out of ropes, chains, safes, straitjackets, etc.

A few years ago I heard James Randi’s name mentioned again. The man was offering a one million dollar reward to anyone that could actually prove some paranormal activity. I thought that was awesome. There are so many clowns out there that claim to have been abducted by UFOs, seen ghosts, or claim to speak to the dead. This million dollar challenge was brilliant. Who wouldn’t want to win that money by simply showing proof of what they had seen? The challenge has gone unanswered and The Amazing Randi still has hold of that $1,000,000. Nuff said.

While scrolling through Netflix this past rainy Saturday, I stumbled upon James Randi once again. The old guy (pretty old when I saw him on Happy Days) was now 87 years old and starring in a documentary about his life. This man has been around since 1928 and has seen quite a bit as he perfected his craft as a magician. He appeared numerous times on the Tonight Show with Johnny Carson and made it his mission to expose real liars like faith healers and so called psychics. Mr. Randi was a liar himself, but he always let his audience know that going in. The people he tried to expose never gave that courtesy to their audience. Their goal was to fleece the public.

The movie shows how James Randi got his start as a young man. He went to watch a magic show and once he saw the magician raise a woman into the air without any apparent devices, he was hooked. He decided to become a magician that very day and never looked back. Randi developed his own persona, even doing the mind reading tricks as part of the show. He realized just how powerful his act was once people on the streets recognized him and wanted him to tell them their future. This is where the documentary hit home for me. It was spelled out by several magicians who were interviewed for the film. They pointed out that Randi had to make a decision at that point. He could either take advantage of his fans’ naiveté or tell the truth about his powers being just another trick. Randi chose the latter, going on to make life miserable for those who chose to dupe the public for selfish gain.

The fact that Randi chose the moral path says a lot about this man. Watching all the charlatans he exposed in this documentary it became clear he could have raked in truck loads of cash from people all over the world who desperately want to believe in the mystical. Even after he clearly proved some of these people were deceiving their followers, these characters were able to keep their scams going. People simply want to believe that their charismatic leaders do have special powers even in the face of Randi’s evidence to the contrary.

Peter Popoff was one such villain who was exposed on The Tonight Show, one of the most popular TV shows at the time. James Randi walked out onto that stage and told the world that this faith healer was getting “his messages from God” through a radio signal through which his wife told him of the sickly person’s prayer requests. Popoff was just using the info the audience members wrote out themselves. If God was talking to this shady guy, I imagine he was telling him to get ready for eternal damnation, not advising him on his flock’s medical issues.

Popoff suffered a financial hit due to Randi’s sting operation, but eventually got back on the big stage to sell more snake oil. A great salesman knows what his customer wants and the truth wasn’t in high demand.

Another target for Randi was Uri Geller. This man claimed to be able to bend spoons with his mind, find marbles in the right container out of a group, and even managed to convince Stanford researchers that he was the real deal! S-t-a-n-f-o-r-d! These guys are not fools, but damn sure got played for fools by Geller. A couple of the researchers were looking for big research dollars from the government and Geller was their ticket to all that grant money. The Amazing Randi had other plans.

It’s not easy to disprove the mental powers of a liar. The audience just believes what they see. Randi had to duplicate what Geller was doing exactly in order to prove Geller was a phony. The crafty veteran magician followed Geller all over the country doing the same old tricks and telling the audience just how it was done. Watching a young Barbara Walters’ face fall with disappointment after Randi duplicated a bent key trick was unforgettable. Even a veteran reporter had fallen for the charismatic trickster! Randi even helped The Tonight Show’s prop guys set Geller up to fail on the show. The man said he just wasn’t feeling mentally strong so he couldn’t perform the feats. Constant liar.

To Geller’s credit he does what anyone should do when caught in a lie. He denied, denied, denied. He said Randi was using magic tricks to get his results. Geller claimed his own feats were not tricks because he was not a magician. Geller was just using a word, “magician,” to make himself look legit, even though it should have been obvious what was going on. People actually bought it though and some TV hosts even got angry with Randi for being a wet blanket with his explanations of the so called psychic abilities of Geller. It is hard to believe that these college educated professional people could be taken in so easily.

That is what made this film so powerful to me. We humans are a bunch of idiots hanging onto this rock flying through space circling a flaming star. We don’t have a clue even though we try our best to act like we do. Groups of humans are even dumber than individuals since the mob mentality is so powerful. Geller and Popoff were able to trick people and gain fame and fortune because they had willing victims. These people wanted to believe in something so they were easy marks. Even having the truth right in front of them could not turn many of them against their leaders. This is how 700 people can commit mass suicide in a jungle with their preacher. This is how people will believe an idiotic shark video on Facebook is real without thinking twice. Naiveté is a dangerous thing and An Honest Liar does its best to make this crystal clear. 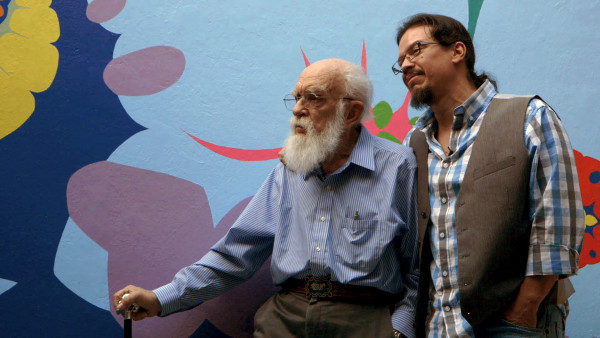 The movie does hold a bit of irony. James Randi, whose life’s work consisted of outing liars, had a secret himself. The man was gay and didn’t come out of the closet until very late in life. His life partner Jose Alvarez was also found to be in the United States illegally. Randi admitted during filming to knowing this fact and was fearful of what could happen to him. These secrets were interesting, but not Earth shaking. So what, the wizard is gay. So what, Alvarez was really named Deyvi Peña and just wanted to live in a better country. Secrets yes, shocking no.

If you find yourself with some free time please check out An Honest Liar. I really believe we should question everything and that is getting harder to do in such a fast paced world where we only have time to read headlines or tweets. No one wants to dig for the truth. James Randi dug deep and did the world a great service by not only refusing to take advantage of its inhabitants, but by trying to enlighten them as well.
An Honest Liar Documentary Movie Trailer