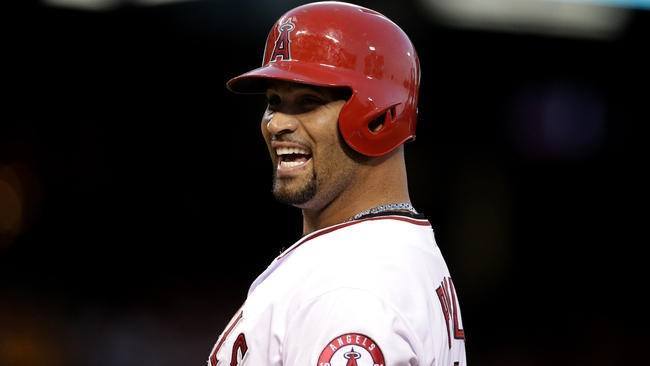 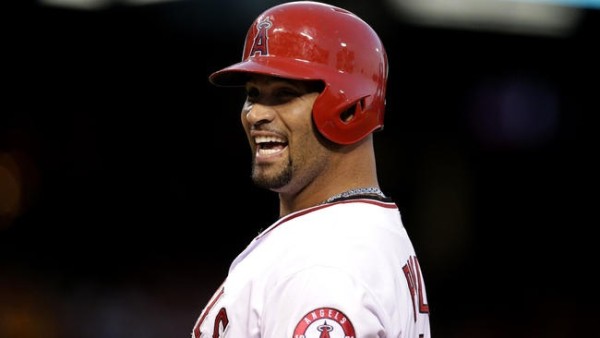 The second half of the 2015 Major League Baseball season opened up with a bang in Los Angeles. As the game cruised along as both the Boston Red Sox and Angels played inning after inning of scoreless baseball. This was before Mike Trout stepped to the plate in the bottom of the ninth with a chance to win it for the Angels.

Add in his hot start to the second half as well as his All-Star game MVP and this lands Trout on the top list of winners around the American League. Along with Trout, the Angels also land on our winners last after battling their way back to take over the lead in the American League West division.

While the Angels and Mike Trout land on our winners list not every body or team can say the same thing. One team that has struggled in the second half has been the Boston Red Sox . The Red Sox who opened up the second half in Los Angeles couldn’t find a way to pick up a win losing all four games against the Angels.

The losses dropped the team to 42-51 on the season as well as nine games behind the New York Yankees in the American League East.

Here are the rest of the winners and losers around the American League to open up the second half of the 2015 Major League Baseball season.

Albert Pujols, Los Angeles Angels: While the Angels have been red hot dating back to before the All-Star break. Much of the team’s success has been based on the high production between Pujols and Trout. That production continued in the second half as Pujols picked up five hits in the teams four game series against the Red Sox including three runs in the day night double header on Monday.

Robinson Cano, Seattle Mariners: The Mariners second baseman has been a big disappointment through most of the 2015 Major League Baseball Season. That seems to have changed in the second half as Cano has picked up three multi hit games as well as three home runs and six runs batted in.

Chris Tillman, Baltimore Orioles: The Baltimore Orioles starter pitched to just a 6-7 record over the first half as well as a 5.40 earned run average. Tillman put together his best start of the season to open the second half on Saturday against the Detroit Tigers. Tillman outdueled David Price going eight innings allowing just one hit and one walk while striking out eight as the Orioles won 3-0.

New York Yankees: The Yankees entered the All-Star break with sole possession of first place in the American League East. That success continued after the break as the team opened up the second half taking two of three against the Seattle Mariners. In the three game series the club allowed just eight runs keeping them in each contest. Add in a big win on Tuesday against second place Orioles the Yankees pushed their lead to 4.5 over the Blue Jays in the division.

Minnesota Twins: The Twins have been one of the better teams over the first half of the 2015 season. That success has been limited to open up the second half  after picking up a 5-0 win on Friday Night. The Twins would go on to lose the next two against the last place Oakland A’s including 14-1 on Sunday. The losses would continue on Tuesday as the Angles picked up a 7-0 win. The Twins have struggled to score runs of late opening up a possibility of a trade at the deadline.

James Loney, Tampa Bay Rays: Loney is just one part of the Tampa Bay Rays struggles of late scoring runs. Those struggles continued for Loney to open up the second half picking up just one hit over his first ten at bats over the weekend against the Toronto Blue Jays. He has followed that up with zero hits in his last eight at bats in the team’s second series of the second half. In those five games the Rays have managed to score just nine runs.

Chicago White Sox: Entering the season the White Sox were looked at as a chance to compete for the American League Central crown. Now after a terrible first half the team looks to have no outside shot at making the playoffs barring a hot streak. That hasn’t been the case in the second half as the team picked up just one win in the teams three game series against the first place Kansas City Royals. The team would then lose their first game of their second series against the St. Louis Cardinals.

Justin Verlander, Detroit Tigers: After starting the season on the disabled list, Verlander has not been the same pitcher as we have seen over the past few seasons. In his first five starts before the break, Verlander allowed 18 runs over that stretch including six home runs. Those struggles continued in the second half as Verlander managed to make it through just 3.2 innings allowing seven earned runs in the teams 9-3 loss to the Orioles.

Yordano Ventura, Kansas City Royals: The 24 year old struggles continued to open the second half. Ventura allowed six runs on ten hits on Monday as the Royals would lose to the Pittsburgh Pirates 10-7. This outing plus three starts prior failing to get through five innings led to his demotion to Triple A on Tuesday.