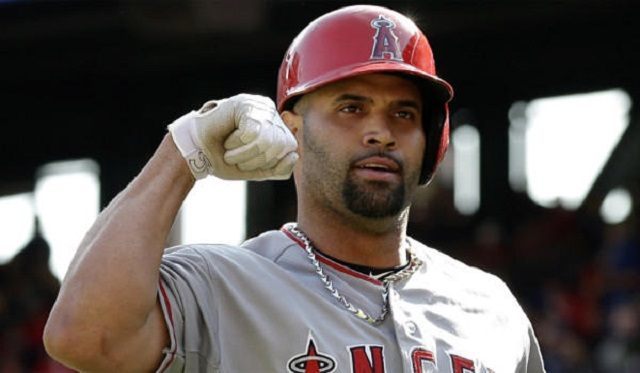 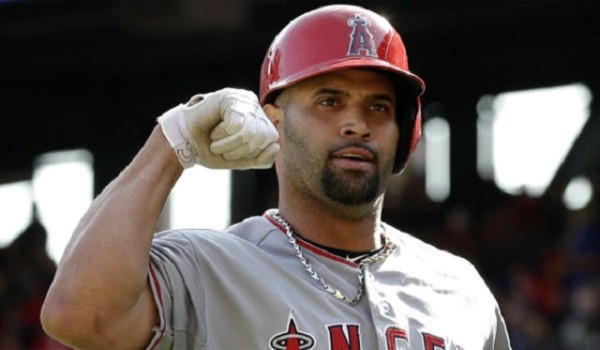 Along with the MVP Award, Trout accomplished something that we might not ever see again in baseball history that many people have not talked about. In his first about four years ago, the Angels outfielder picked up a single, a season later in his first at bat Trout picked up a double, last season a triple in his first at bat. This season Trout continued the four year cycle picking up a first inning home run off of Zach Greinke in route to winning the award.

Trout finished the 2015 Major League Baseball All-Star game going two for three with a home run, two runs scored and one run driven in. Currently Trout has put together another MVP like first half as he hit .312 over his first 88 games with 26 home runs and 55 runs batted in. This type of production along with the home run power the Angels have gotten of late from Albert Pujols helped the team climb the standings to first place just before the All-Star game.

Here some of the other winners and losers from around the American League over the first half of the 2015 Major League Baseball season.

Dallas Keuchel, Houston Astros: While the Astros struggles continued rolling into the All-Star break, Keuchel has been the teams driving force in route to making the American League All-Star team. The Astros starter is currently tied with Felix Hernandez for the American League lead with 11 wins at the break and sits second behind Sonny Gray in earned run average with a 2.23. Keuchel had allowed just six runs over his final 30 innings entering the break with 31 strikeouts.

Albert Pujols, Los Angeles Angels: Pujols is putting together a big season for the Angels after somewhat down seasons over his first three in Los Angeles. While many fans are looking for the high average to return something that is less likely his power numbers have returned. Pujols has 26 home runs and 56 runs driven in over his first 85 games. The 26 home runs is just four off of his high of 30 with the Angels back in 2012. Look for Pujols to continue his success as his home run totals have the chance to top the 575 mark in the second half with a strong surge.

Kansas City Royals: It is hard to look past how well the Royals performed in the first half playing to the best record in the American League and third best record in all of baseball. Currently the Royals sit at 52-34 with a 4.5 game lead over the Minnesota Twins in the first half of the season. The team continues to prove that 2014 was no fluke as many wondered if the team could make another run after coming up just short of a World Series title. This team is built around no big name super star with one of the top bullpens in all of baseball. That has shown up as the team has allowed just 317 runs in the first half  the fewest in the American League.

J.D. Martinez, Detroit Tigers: Yes Cabrera might be the face of the Tigers and yes he is hitting .350 over the first half. Unfortunately Cabrera is currently on the disabled list leaving the door open for another player to step up. That player is Martinez who has 25 home runs sitting just behind Trout and Pujols as well as fifth in runs batted in with 59. Martinez is hitting .289 on the season with 25 home runs and 59 runs batted in.

Sonny Gray, Oakland A’s: The A’s have been a disaster over the first half of the Major League Baseball season. That being said, Gray currently leads the American League with a 2.04 earned run average to go with the second most wins in the league with 10.

Other notable winners over the first half include the New York Yankees, Josh Donaldson, the Minnesota Twins, Alex Rodriguez, Jason Kipnis and Prince Fielder.

Oakland A’s/Seattle Mariners: We put these two teams together as both teams are playing in the American League West and both have just 41 wins over the first half of the season. These two teams were expected to be contenders this season but that has not been the case. This includes the Mariners adding a few key offseason pieces including American League Home Run leader from 2014 Nelson Cruz.

Shin-Soo Choo, Texas Rangers: When you are making $14 million dollars for any season we expect the numbers to be much better. Overall Choo, is hitting just .221 over his first 307 at bats with 11 home runs and 38 runs batted in. Prior to signing with the Ranger last season, the former Cincinnati Reds/Cleveland Indians outfielder had posted at least a .280 average in four of his previous five seasons while his on base percentage topped the .400 mark twice.

CC Sabathia, New York Yankees: The Yankees put together an unbelievable first half after many experts predicted them to finish in the middle of the pact. That being said the success can’t be contributed to Sabathia as he finished the first half at 4-8 with a 5.47 earned run average in 17 starts.

Chris Tillman, Baltimore Orioles: Much of the Orioles struggles at times this season has been with their lack of consistent hitting but Tillman’s bad start has also contributed. Tillman who the Orioles were looking to lock up long term is just 6-7 over his first 17 starts with an 5.40 earned run average over the first half of 2015.

Other notable losers over the first half include the Boston Red Sox, R.A Dickey, Mike Zunino, Brandon Moss, the Cleveland Indians, the Baltimore Orioles and the Chicago White Sox.