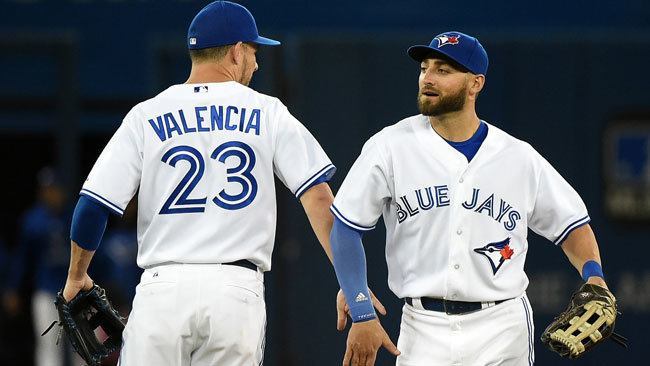 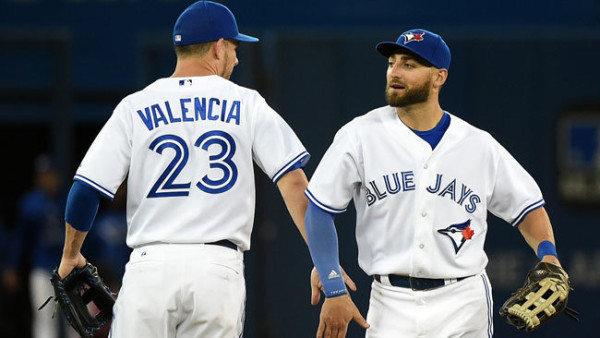 The American League action continues to be an up and down roller coaster, as June is nearly half gone. This past week yielded us some strong play in the American League East as the Toronto Blue Jays continue to ride a Major League best eleven game in streak.

Meanwhile in the other two divisions in the American League neither of the top two teams could manage to build on their league lead. The Houston Astros who was one of the hotter teams in Major League Baseball is now one of the coldest teams losing eight of their past ten games.

Over in the Central Division the Minnesota Twins took a step back into second place as the Kansas City Royals managed to move back into first place. The Royals played to a 5-5 record over their last ten games while the Twins have won just three games over their last ten.

The strong play by the Royals has been noticed around the country and fans have flocked to the All-Star voting ballots. The Royals currently have eight of the ten starters with their third member of their outfield fighting for the ninth spot. While this has many fans scratching their heads for now the votes continue to come in for the Royals.

Now we will take a look at each of the three American League Divisions as well as how each team has played over the past week.

East Division: The American League East division continues to provide us with some fire works over the first two months of the season. The latest has come from the Toronto Blue Jays who picked up wins in all six of their games this past week extending their win streak to 11 games.

In the six game stretch the Blue Jays picked up three game sweeps over the Miami Marlins before taking three in a row at Fenway Park against the Boston Red Sox. The Blue Jays have been able to do this with both their bats and pitching scoring double digits in three of the six games. Meanwhile their pitching allowed four or fewer runs in four of the six games.
Following up the Blue Jays was the Baltimore Orioles who opened the week sweeping the Red Sox. The Orioles followed up the hot start taking two of three over the weekend from the New York Yankees. Much of the team’s hot success could be related to the teams activation of Matt Wieters from the disabled list as well as the call up of Nolan Reimold.

Rounding out the rest of the American League East was the Tampa Bay Rays who played to a 4-2 record, the Yankees who finished at 2-3 and the Red Sox who failed to pick up a win in six games. That being said the Yankees and Rays still hold the top spot in the division.

Central Division: In the Central Division the race between the top three teams have heated up as the Royals and Twins both entered Monday with 34 wins followed by the Detroit Tigers who had 33. That being said the Royals managed to move atop the division after the Twins managed to win just one of heir six games last week.

That included losing three in a row at home against the Royals. In the series the Royals pitching held the Twins offense in line allowing just three runs over the three game series. The team’s offense struggled again on Friday managing just two runs against the Texas Rangers before putting seven runs on the board on Saturday.

The Tigers who had struggled the past few weeks posted a 3-2 record behind some big hitting from the games top power hitter Miguel Cabrera. In the five games, Cabrera managed to pick up ten hits including one double, two home runs, five runs scored and seven runs knocked in.

Rounding out the rest of the division is the Cleveland Indians who sit in fourth place at 29-33 followed by the Chicago White Sox at 28-33.

West Division: The final division we will take a look at is the American League West division. While we have seen the Houston Astros struggle of late picking up just two wins over their last ten games. The team still sits in first place by 2.5 games over the Rangers despite the Rangers winning six of their past ten games.

Much of the Astros concerns have been with their offense leading the club to call up their top prospect Carlos Correa late in the week. The club opened up the week losing three straight games to the Chicago White Sox. In the series the Astros managed just four runs while the teams pitching allowed just 11 total runs.

The team followed the performance up with a strong two wins over the weekend outscoring the struggling Seattle Mariners 23-0 in those contest. The Astros would drop the middle game of the three game series 8-1 as the offense failed to show up on Saturday.

Meanwhile, the Rangers continue to be one of the hotter teams in baseball going 3-3 to make up some ground on the Astros. The other team to watch in the division is the Los Angeles Angels who picked up series wins against both the Rays and Oakland A’s. 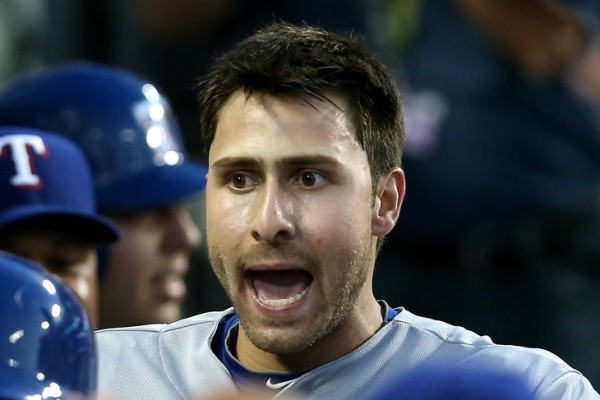 Russell Martin, Toronto Blue Jays: Martin picked up at least one hit in all five games last week including three multi hit performances. In all the Blue Jays catcher had nine hits with one double, one triple and two home runs while driving in eight runs.