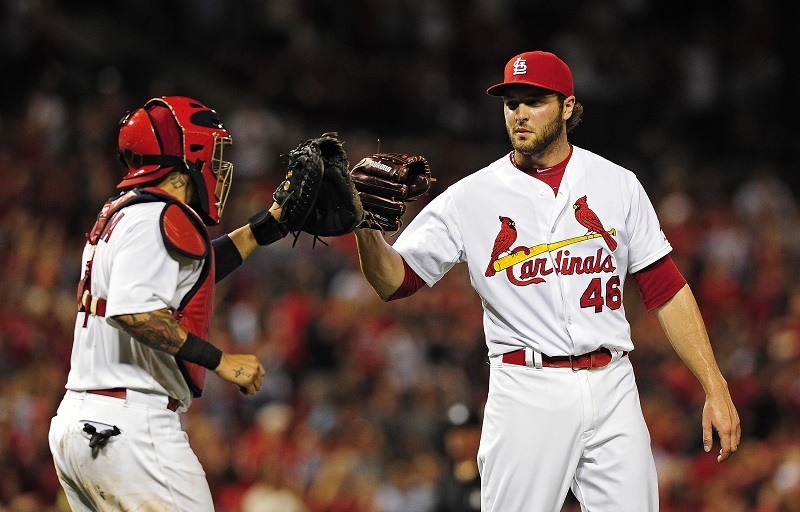 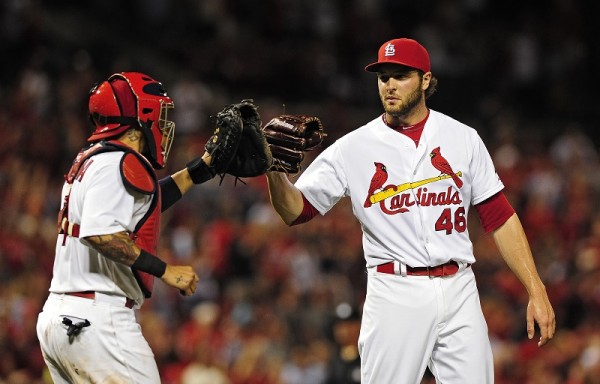 The baseball season continues to cruise along in the National League leaving us one question to be answered. That question is can any team in the National League derail the St. Louis Cardinals as the top team? At the moment it doesn’t look like it as the team has managed to win seven of their past ten games to become the first team in Major League Baseball to reach not only 40 wins but 41 wins.

This success is hard for many experts and fans to put their hands on as the team lost top prospect Oscar Taveras this off-season and then Adam Wainwright after a strong start of the season. That being said the team has managed to outscore opponents by 68 runs over their first 62 games.

The more amazing part to the Cardinals success this season is been the teams pitching performance. Overall the Cardinals are the only team not only in the National League but the American League as well that has allowed under 200 runs through the first third of the season.

Now we will take a look at each of the three National League Divisions as well as how each team has played over the past week.

East Division: The National League East is shaking up much like the American League East as no one team has yet to pull away with the division. Currently the New York Mets hold a slight half game lead over the Washington Nationals as teams got play started on Monday evening.

Following the Nationals in the division is the Atlanta Braves at 30-33, the Miami Marlins at 27-37 and the Philadelphia Phillies at 22-41. All five of these clubs have struggled over the past ten games with no team in the division at above the .500 mark with the Phillies winning just one over that stretch.

Last week the Mets opened up the week losing back to back games to the San Francisco Giants before picking up the final game of the three game series. The success continued on Friday with a 5-3 win over the Braves before splitting the next two games. The question many Mets fans and experts are asking is what is wrong with Matt Harvey.

Entering the last week of May, Harvey had composed a record of 5-1 with a 1.98 earned run average. Since that point the Mets ace has seen his record drop to 6-4 after losing three of his last four starts while his earned run average has ballooned to 3.62.

Meanwhile the Nationals managed to play to just a 3-4 record over the past week. The good news for fans has been the play of Max Scherzer on the mound over the past few weeks. This included one of the top starts this season that any starter had made on Saturday.

Scherzer fired a one hit complete game shutout while striking out 16, Milwaukee Brewers hitters. The Nationals ace lowered his earned run average to 1.93 while improving his record to 7-5 after taking a perfect game into the seven inning of Saturdays contest.

Central Division: Can the Pittsburgh Pirates or Chicago Cubs find a way to drop the Cardinals out of the top spot in the Central Division? That being said the division had a chance to make up some ground last week as the Cardinals managed to win just three of their five contests.

Now before we take a look at the rest of the division we wanted to take a deeper look into how well the Cardinals pitching has performed this season. As we look at the rotation Michael Wacha has anchored the ace roll as he currently leads the team in wins and earned run average. Along with Wacha, Carlos Martinez has pitched to a 2.93 earned run average while John Lackey has a 3.74 and Lance Lynn with a 3.07.

The team’s bullpen has been brilliant as well including closer Trevor Rosenthal who has allowed two earned runs over his first 30.1 innings. The teams setup man Kevin Siegrist has been as dominate allowing just five earned runs over 27.2 innings.

Following the Cardinals in the standings are the Pirates who managed to play to a to a 4-2 record last week. That included a three game sweep over the weekend against the Philadelphia Phillies. The Pirates could have picked up wins in all six contests as the team managed to score just one run in two loses while allowing just six runs.

The Cubs sit in third place followed by the Cincinnati Reds and the Milwaukee Brewers.

West Division: The talk going into this week will be regarding the San Diego Padres who elected to let go longtime manager Bud Black on Monday. This comes after a very disappointing start to what looked to be a promising season for the club after the front office rebuilt the team’s entire offense.

Overall the club sat at 32-33 after Sunday’s loss to the Los Angeles Dodgers at home. Now looking at the top of the division the Dodgers have rebuilt a few game lead over the San Francisco Giants after the team managed to lose four straight games including being swept over the weekend by the Arizona Diamondbacks.

Meanwhile the Dodgers got a strong piece of their outfield mix back as Yasiel Puig has recently returned to the lineup to provide another key bat to team up with rookie Joc Pederson. Rounding out the division is the Diamondbacks in fourth and Colorado Rockies in last place despite the recent success of Troy Tulowitzki. 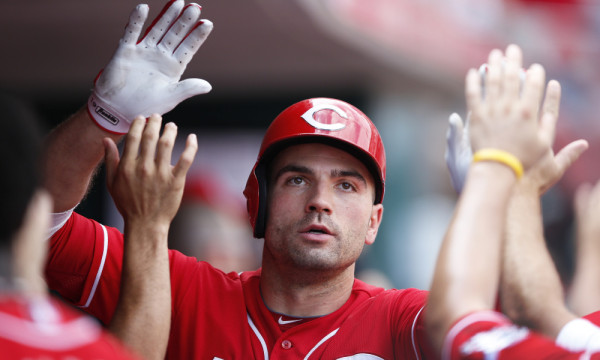 Joey Votto, Cincinnati Reds: Votto put together a strong week after really big performance to start the week against the Phillies. In that contest, Votto homered three teams while driving in four runs. The Reds first baseman would add two doubles and a fourth home run over the weekend.

Giancarlo Stanton, Miami Marlins: The Marlins outfielder has probably been the hottest hitter in all of baseball over the past week. In seven games, Stanton managed to pick up four doubles, five home runs and 12 runs batted in.