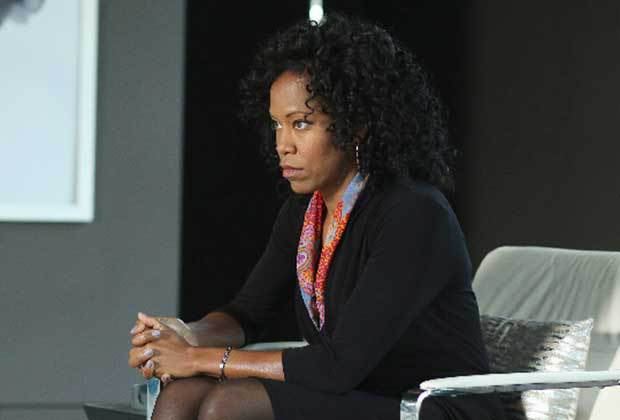 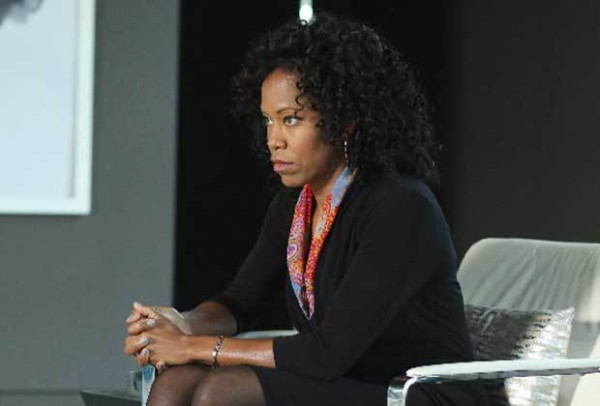 Plot twist coming from episode four of “American Crime.” But first here are three takeaways from this week’s show.

– I’d love to see a cage match between the pitbull that is Headmistress Graham and the ruthless Terri LaCroix.

– Taylor does go back to his old public school, but no way that place is going to make his life easier.

–  Anne’s guilt comes from having left Taylor as a child temporarily as she had some sort of emotional breakdown.

The ugly truth of the rape is in full view for Coach Sullivan as Graham presses him to find out the guilty party, so the entire school isn’t dragged down because of one bad seed.

Eric nearly hyperventilates when his coach starts talking warrants and the kid goes to see his father but never tells him the truth. His broke dad’s best idea is to seek help from Kevin’s parents, but the LaCroix family is not interested in joining legal forces while footing the bill.

Eric’s dad’s next best idea is for his boy to talk to the police. This guy should stop giving out advice immediately. Eric acts like a six-year-old as he whines about his dad not even being able to fix his marriage much less help Eric out of this mess.

Poor baby, your parents are getting divorced. Grow up.

Kevin’s parents have a real lawyer with a legit game plan. This team captain is already recording a statement with his legal team on hand. He even lies, I assume, about trying to stop the photo session of Taylor as he was passed out.

If the leader of the team wanted that to stop, it would have come to an immediate halt.

Taylor is back at Marshall High School where Evy is getting harassed which leads to a hallway brawl. Taylor is getting counseling and says, “I’m taking it day by day.” Evy wants him to act happier, but he is destroyed.

You could see Eric’s game plan coming a mile away as he downed a couple of beers in preparation for a pill induced dirt nap. He fails to end his own life and ends up in a heart to heart with his coach at the hospital.

“You assault that boy,” Sullivan asks?

To which Eric replies, “He wanted it.”

Then the kid goes on to say he has texts and emails from Taylor detailing how they planned to hook up at the party. This would explain why Taylor dragged Evy to that party when the two really didn’t belong there.

Eric says he couldn’t say anything before because people would know he was gay.

This is getting even more tangled now as Eric is using the excuse used so often by guys who are accused of raping girls.

Anne isn’t one to sit on information, so she goes after Taylor as soon as the detective informs her about the texts between her son and Eric. She doesn’t even give Evy time to leave before outing her kid in front of his girlfriend.

You could see the wheels turning in Evy’s head at the shocking news that could not have been a total shock to her.

Taylor defends himself to his mom after she attacks him. “I didn’t go there to get assaulted. I kept telling you to leave it alone.”

Now he’s been outed as gay and will get even less sympathy or cooperation than he has gotten initially as a male rape victim.

He suggests the school lay low, but Pitbull Graham wants to go on the offensive. She intends to “make certain things fall the school’s way.”

Graham is going to steer the narrative in the best direction for the school, no matter who gets hurt in the process. If she needs to completely destroy Taylor, then that’s all in a day’s work. Her story to the media will be the same as Eric’s to his coach, though more carefully worded….”Taylor wanted it.”

We’re close to midway through the season and the plot just keeps getting worse for Taylor, and I’m not sure he won’t try to end his pain the same way Eric did. Taylor was on his way to a trial that would see him mocked as a weak, male victim of rape.

Now regardless of the facts, he is going to be seen as a liar who was completely down with what went on between he and Eric.