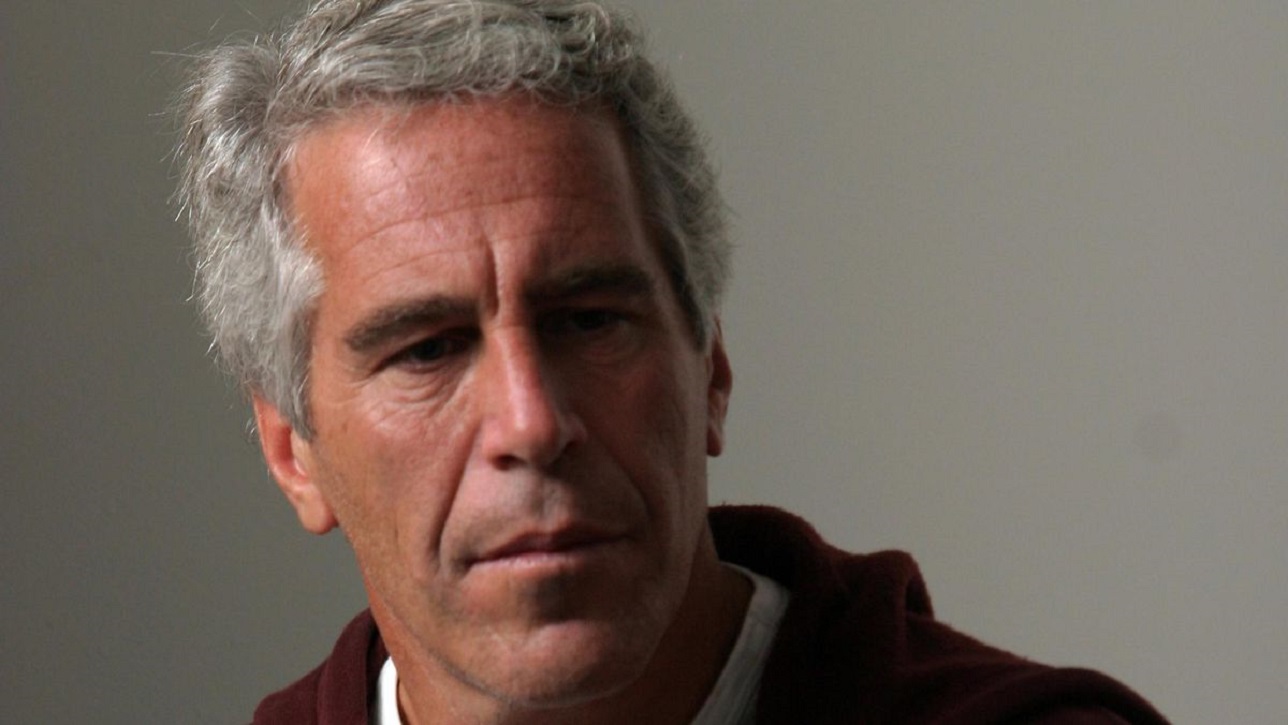 Many powerful men in the world may be exhaling a little as news broke that Jeffrey Epstein has committed suicide in prison before being able to go trial and face his accusers. You can be sure conspiracy theorists will be jumping on this for decades.

Epstein, the financier who was long dogged by accusations of sexual abuse of girls and who was able to cultivate a stream of high-profile friends despite his lurid lifestyle, killed himself in his Manhattan jail cell, two law enforcement officials said on Saturday.

Mr. Epstein hanged himself, the officials said. He was found at roughly 6:30 a.m. Saturday at the Metropolitan Correctional Center in Manhattan and was taken to a hospital, where he was pronounced dead, the federal Bureau of Prisons said in a statement.

Last month, a week after being denied bail on federal sex trafficking charges, Mr. Epstein was found unconscious in his cell at the jail with marks on his neck. Prison officials had been investigating that incident as a possible suicide attempt.

Manhattan federal prosecutors last month charged Mr. Epstein, 66, with sex trafficking of girls as young as 14. The indictment renewed attention toward how Mr. Epstein — who had opulent homes, a private jet and access to elite circles — had escaped severe punishment in an earlier investigation into his abuse of girls more than a decade ago in Florida.

He had avoided federal criminal charges in 2008 after prosecutors brokered a widely criticized deal that allowed him to plead guilty to state charges of solicitation of prostitution from a minor and serve 13 months in jail. Even while in custody, Mr. Epstein was allowed to leave the jail for 12 hours a day, six days a week, to work at his office in Florida.

The new federal indictment also focused scrutiny on an array of luminaries in government, politics, business, academia, science and fashion with whom Mr. Epstein had associated over the years, including Donald J. Trump, Bill Clinton, Prince Andrew of Britain and the retail billionaire Leslie Wexner.

Mr. Epstein’s defense team — the lawyers Reid Weingarten, Marty Weinberg and Michael Miller — declined to comment on his cause of death. “We are enormously sorry to learn of today’s news. No one should die in jail,” they said in a statement.

Mr. Epstein’s death brought an abrupt end to a prosecution that his accusers had hoped would finally shed light on how he had been allowed to commit what they said was a string of depraved crimes for so many years — and what role his wealth, privilege and connections played.

Jennifer Araoz, who said she had been raped by Mr. Epstein after being recruited into his circle outside her Manhattan high school in 2001, said she was angry that he would not have to face his accusers in court.

“We have to live with the scars of his actions for the rest of our lives, while he will never face the consequences of the crimes he committed — the pain and trauma he caused so many people,” Ms. Araoz said. She said she hoped investigators would pursue charges against people who aided and protected Mr. Epstein.

A cache of previously sealed legal documents, released on Friday by a federal appeals court, had provided new, disturbing details about what was going on inside Mr. Epstein’s homes and how his associates recruited young women and girls, including from a Florida high school.

The documents — among the most expansive sets of materials publicly disclosed in the 13 years since Mr. Epstein was first charged with sex crimes — include depositions, police incident reports, photographs, receipts, flight logs and even a memoir written by Virginia Giuffre, who said she was a sex trafficking victim of Mr. Epstein and his acquaintances.

Mr. Epstein was arrested on July 6 at Teterboro Airport in New Jersey after his private plane landed on a flight from Paris. Federal prosecutors charged him with sex trafficking and sex trafficking conspiracy.

Prosecutors said in their indictment that he and his employees engaged in a scheme to bring girls as young as 14 to both his Upper East Side mansion and his palatial waterfront home in Palm Beach, Fla., between 2002 and 2005.

He pleaded not guilty to the charges. If convicted, he would have faced up to 45 years in prison.

Mr. Epstein had initially sought home detention at his Upper East Side mansion while he awaited trial. His lawyers had proposed allowing Mr. Epstein to post a substantial bond and stay in his luxurious seven-story townhouse, watched by 24-hour security guards, at his expense.

But a federal judge denied the request, concluding that Mr. Epstein was a flight risk, citing his “vast wealth,” which prosecutors have placed at more than $500 million.

Mr. Epstein, a former money manager with Wall Street experience, depicted himself as a wealthy financier with stellar investment savvy.

In addition to his homes in Florida and New York, he also owned a private island in the United States Virgin Islands, a massive ranch in New Mexico and a residence in Paris. He had numerous high-end vehicles and access to private planes and helicopters.

Mr. Epstein’s younger brother, Mark, was his “only living immediate family member,” according to a memo filed in federal court last month by Mr. Epstein’s lawyers. The memo described the pair as close.

Even after he served time in a Florida jail a decade ago and became a registered sex offender, Mr. Epstein successfully maintained a reputation as a billionaire investor, philanthropist and sophist.

Still, in the time since Mr. Epstein’s arrest last month, evidence has suggested that the former money manager’s business acumen was more myth than fact. His client list was not as extensive as believed, and the services he offered were less remarkable than once portrayed.Earlier this week, perhaps Mr. Epstein’s most notable client, Mr. Wexner, the executive behind Victoria’s Secret and Bath & Body Works, accused Mr. Epstein of misappropriating “vast sums of money” from him and his family.

Mr. Epstein’s recent arrest prompted renewed scrutiny of his longstanding connections to prominent executives on Wall Street, in the corporate world and even the scientific community.

Some Wall Street titans found themselves forced to answer questions as to why they either continued to socialize or do business with Mr. Epstein after his 2008 conviction. They included the private equity billionaire Leon Black, the longtime banking executive Jes Staley and the hedge fund manager Glenn Dubin.

The executives all said they had no idea he had engaged in sex trafficking and had sought to minimize their contacts with Mr. Epstein in recent years.

Also drawing attention were a number of big universities — Harvard University and the Massachusetts Institute of Technology — that had accepted large contributions from foundations established by Mr. Epstein, even after his 2008 conviction, which required him to register as a sex offender.

The contributions to the universities and scientists at those schools were part of a campaign by Mr. Epstein to polish his image and get himself back into the good graces of the academic and corporate elite.

But even as Mr. Epstein was going about trying to rebrand himself, he continued to peddle in ideas that should have given some reason to pause.A number of scientists said he showed an interest in biogenetic engineering and discussed a plan to seed the human race with his DNA by having young women impregnated at his Zorro Ranch in New Mexico.

There is no indication that Mr. Epstein ever took any steps toward carrying out those plans, but some in the scientific world continued to meet with him and take his money.

Much of the wealth Mr. Epstein did amass can be attributed to his work for one man: Mr. Wexner, the billionaire real estate magnate, whose L Brands company developed iconic brands like Victoria’s Secret and the Limited.

Managing Mr. Wexner’s fortune enabled Mr. Epstein to become hugely wealthy himself and gave him the Wall Street bona fides he needed to seek business from other corporate executives.

Along the way, Mr. Epstein would acquire a mansion on Manhattan’s Upper East Side that had once belonged to Mr. Wexner. He would also obtain a Boeing 727 jet from Mr. Wexner.

The money he made working for Mr. Wexner enabled Mr. Epstein to buy his own island in the United States Virgin Islands — where he relocated much of his financial advisory business in 1999.Mr. Wexner has said he severed all ties to Mr. Epstein in late 2007. Just this week, he said in a letter to his charitable foundation that he learned in 2007 that Mr. Epstein had misappropriated vast sums from him.

But Mr. Wexner apparently never notified authorities of the suspected misappropriation — even though Mr. Epstein was at the time being investigated in Florida for engaging in sex with underage girls.

Mr. Wexner has said he was horrified to learn of the new charges against his longtime financial adviser. But the real estate magnate has not fully explained why he gave Mr. Epstein such wide-ranging discretion to manage his financial affairs.