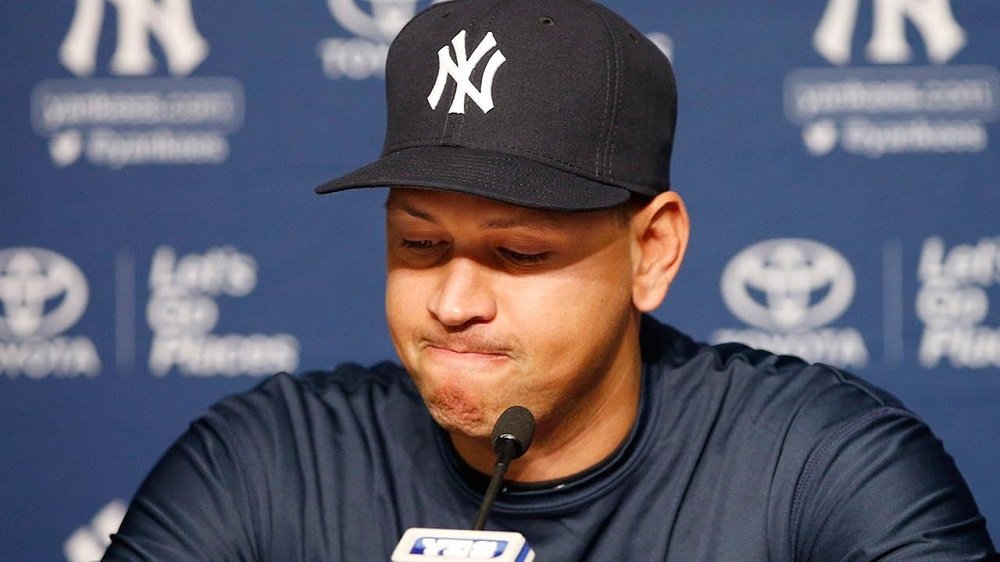 Kobe Bryant, after a career that included some major low-lights, retired from the NBA earlier this year. Alex Rodriguez, a Major League Baseball player who also has had a controversial career, will soon follow Bryant into retirement. Having already said my piece on Kobe back in April, let’s take a look back at some of the low points of Alex Rodriguez’s career as well.

Rodriguez, despite the low points, will be celebrated by many as one of the all-time great players. However, the major controversy of his career has to be considered the fact that his name was involved in the steroid scandal that rocked Major League Baseball in the early parts of this century.

An admitted former steroid user, Rodriguez will soon join the retired great baseball players whose career numbers just can’t be taken at face value. Like Barry Bonds, Mark McGwire, and many others before him Rodriguez’s career achievements are ones that have to be debated in consideration of the fact that he cheated. Whether you are a pundit or a fan, that Rodriguez’s numbers are debatable is something that is incredibly annoying.

The admission of steroid usage is bound to cost A-Rod some Hall of Fame votes. For near certain, he’s not going to go into Cooperstown on the tidal wave of support that Ken Griffey Jr. received. However, my feeling with A-Rod is that he will get into the Hall of Fame, unlike both Bonds and McGwire. Jonah Keri, writing at Cbssports.com, used a recent headline on the soon-to-be-retired slugger, a headline that foreshadows how the debate will go in my view: “Slap an asterisk on A-Rod if you like, but his Hall of Fame merit is unquestionable.”

An asterisk, as it is mentioned in baseball, refers to the practice of including additional information when looking at a player’s statistics. I find Keri’s statement above to be nearly absurd as an A-rod asterisk is exactly what will make his Cooperstown “merit” questionable. It’s as though the writer is saying that those that “Slap an asterisk on A-Rod” will have no input into whether he makes the Hall or not. I think the emerging attitude toward steroid-era baseball players is a ‘turn-the-page’ attitude and I think turning a blind eye to a properly-placed asterisk will end up being a part of that.

Yet many fans have not forgotten about A-Rod’s admission as evidenced by all the counter nicknames there are out there that describe the player:

I guess conjoining names to produce asterisk Roidriguez works too, although it’s a bit redundant since both parts of the name refer to the steroid usage. Maybe we can come up with a better nickname to retire Rodriguez with on Friday.

Putting the Hall of Fame and steroids debate aside, there are other low-lights of Rodriguez’s career. This was a player who, at times, played Major League Baseball like he was a beer leaguer. For those that have played fast-pitch with brewskies after the game, you know what I’m talking about.

Beer leaguers are full of their crafty tricks of dubious athletic merit, like piping a ball through the strike zone while the hitter digs in his cleats. If A-Rod was a pitcher, that might be something that he would have tried during his career. After all, he did try some pretty cheap things in a couple of instances as a baserunner.

First, there was Game 6 of the 2004 ALCS against the Boston Red Sox where he aggressively slapped at the tag of Bronson Arroyo in the bottom of the 8th. He was successful at knocking the ball out of Arroyo’s glove, allowing Derek Jeter to score the tying run as A-Rod himself mischievously scampered to 2nd base.

But in that instance, the umps wouldn’t allow beer-league baseball, not in the ALCS. Instead, they got together, called Rodriguez out, and then put Jeter back on base where he would not score. The Red Sox won Game 6; they won Game 7, and they swept the World Series. Maybe the Curse of the Bambino didn’t want to align itself with beer-league tactics.

In a far-less famous game in Toronto in 2007, A-Rod made another beer-league move. With Jorge Posada batting and Rodriguez moving with the pitch from first base, Posada hit the ball high in the air to Toronto’s third baseman. As A-Rod rounded 2nd and headed toward third the Blue Jays’ third-baseman tried to catch the pop-up. However, in a moment where A-Rod was behind the third-baseman the beer leaguer yelled: “Ha, I got it.”

From the point of view of the Toronto fielder it seemed as though the Toronto shortstop was calling for the ball. The rule of thumb in such situations is to defer ‘right of way’ to the fielder behind you since they have a better angle on viewing everything. But the shortstop was not trying to make a play on the ball so instead the routine fly ball dropped in for a base-hit. A run scored in the trick-play, one that no other Major Leaguer, to my knowledge, has ever tried.

Is that just how exclusively smart Rodriguez is? Or did his actions reflect a certain disregard for respectable playing conduct that other Major Leaguers typically emulate?

For his nickname ‘Alex Beerleaguez’ almost works for me, except for the fact that the steroid usage remains unreferenced. Incorporating that part in, we get what I hope becomes his Twitter-hashtagged nickname for those that don’t appreciate cheap tactics and outright cheating.

‘asterisk Beerleaguez’, at the age of 41, will play his final Major League Baseball game on Friday following a terrible 2016 season to date that has seen him bat .204 with 9 home runs. The game, which will conclude a controversial career, will be played against the Tampa Bay Rays, a team that is practically out of the post-season picture at this point. The Hall of Fame debate surrounding Beerleaguez will undoubtedly ensue, with all that know baseball agreeing that his numbers* are worthy of Cooperstown.