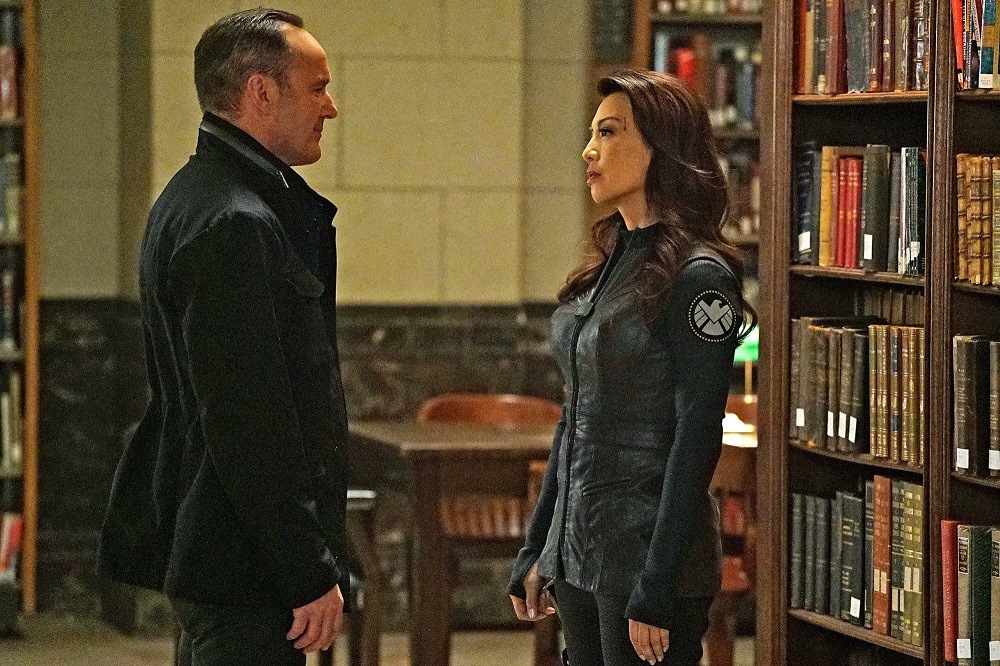 A lot has happened lately in Marvel’s Agents of SHIELD, and a lot more has happened in the latest 12th episode this season entitled Hot Potato Soup. Fans get to see Patton Oswalt again in several roles as agents Koenig. It’s a good episode as it propels the series further along its course. Soup is a good way to describe it, though. Mandatory spoiler alert to those who haven’t seen the episode yet.

So we begin with the Koenigs, Sam and Billy having fun and riding hoverboards while quoting Star Wars, Star Trek and Back to the Future inside an arcade. They are pretty much into pop culture as Patton Oswalt is pretty much a pop culture personality. The agents get attacked by a group of Russian thugs, and they end up kidnapping Billy. It turns out that Agent Coulson entrusted Billy with the Darkhold. We’ve speculated before that Coulson hopefully gave the Darkhold back to Johnny Blaze or even to Doctor Strange. Nice to see the Koenigs back, though. Simmons did miss Sam when she handed Daisy her official lanyard.

Billy ends up in a submarine with a tied-up Radcliffe who claims that he was double-crossed by Senator Nadeer. Last we saw Radcliffe, he went to Nadeer to seek protection after AIDA’s attack on SHIELD headquarters. To get that protection, Radclife needed to meet the mysterious Superior. We finally get to meet him in this episode which unfortunately turns out to be an underwhelming experience.

The Superior is a wealthy influential Russian named Anton Ivanov. He turns out to be a normal human. Psychopathic and undoubtedly skilled, with a hatred for Inhumans like Senator Nadeer. With a name like Superior, we speculated that he could be another enhanced human or a Marvel supervillain we’ve yet to see in live action. But he did enlighten us on the significance of an onion when drinking vodka. Ought to try that sometime. We’re stuck with Ivanov who wants to torture Billy for the Darkhold information. Radcliffe, who still has some good in him, or he just doesn’t have a taste for violence, ends the charade and unties himself revealing his true allegiance. He then sets out to do get into Billy’s head the way he got May’s memories.

Coulson quickly gets wind of what happened and picks up Sam. They get working on tracking Billy’s whereabouts through the identity of his attackers. Sam meanwhile is geeking out at Daisy or Quake the way Coulson used to with Captain America. Quake has become quite popular on the internet while being a fugitive more so after being turned a hero by Director Mace. SHIELD pieces things together tracing Billy’s attackers to Ivanov. It also turns out that Ivanov’s men were also involved in the attempted assassination of the Russian Prime Minister which forced Hunter and Bobbi off the team.

Meanwhile, to get the location of Radcliffe, Fitz revives the Radcliffe LMD which he shot in the previous episode. The LMD, however, contains some code safeguards to prevent Fitz from hacking into the LMD. The LMD also tries to confuse Fitz with stories of betrayal and reveals that he knew Fitz’s father. Unable to break the LMD’s code, Fitz ends up struggling with his feelings of inadequacy after being belittled by his father, being betrayed by Ward and now by Radcliffe. Mack here doesn’t have much to do except display hatred for ‘the machines’ the way he did in the previous episode often threatening to destroy the Radcliffe LMD.

Initially, Sam hides the fact that he knew what Billy’s assignment was and later reveals that he and the other Koenigs played hot potato with the Darkhold passing it around to ensure the location is secure. Coulson, LMayD and Daisy then go out to fetch the other Koenigs, Thurston and LT. Coulson and LMayD have a short intimate moment before fetching the Koenigs. LT is actually a sister, and unlike the other Koenigs, Thurston is a stand-up comedian and conspiracy theorist. Meanwhile, Radcliffe discovers that Billy passed the Darkhold to a lookalike brother or replica. He continues probing Billy’s memories though and gets information about a top-secret place the Koenigs call The Labyrinth where they make stuff disappear. Anton doubts the information and insists on torturing Billy, but Radcliffe would have none of it and sets AIDA against Anton’s men revealing her true nature.

Fitz meanwhile makes a breakthrough thanks to a heart-to-heart talk with Simmons and proceeds to open up Radcliffe LMD’s head revealing a quantum brain. While not getting any info on the real Radcliffe’s whereabouts, the LMD reveals how quantum brains work and how original brains were mapped to them, leading Simmons to deduce that Radcliffe mapped May’s brain. Therefore…

Coulson’s team and the Koenigs reach the labyrinth to recover the Darkhold. LT alerts everyone that Anton’s men are approaching. Sam passes the book to LMayD which then triggers her programming and pulls a gun on Coulson. Coulson then realizes that May was an LMD. Before LMayD can harm Coulson, Quake shows up after a call from Simmons and disables LMayD. Anton’s men arrive and exchange Billy for the Darkhold. Coulson throws the book to the men and grabs Billy but before the men can get the book, Quake moves the book away, and a shootout ensues. Billy runs off with the book but unfortunately finds the disabled LMayD but is unaware of her nature. LMayD knocks him out and gets the book. Radcliffe arrives to get the book but leaves LMayD stating her usefulness has ended.

The show ends with the Darkhold in Radcliffe’s hands, and fans get to find out that there was already an initial LMD program involving the Koenigs. Their true nature however as real siblings or clones is left hanging. The team resolves to hunt down Radcliffe and Ivanov and to search for the real May. They destroy the first AIDA and the Radcliffe LMD but not LMayD in order to use her to find the real May. We then find out that Ivanov wants something more than the destruction of the Inhumans. He blames Coulson for the Chitauri, the Kree and the Inhumans appearing due to his sporadic appearances in Phase 1 of the MCU and the events leading to the Terrigen spread. Radcliffe agrees to help in Coulson’s destruction.

Again, the show is quite good but not as action-packed as the previous ones. It serves more as a set-up for future episodes giving us several reveals including the identity of The Superior, Radcliffe’s history with Fitz’s father (which could be used later) and finally the reveal of LMayD’s true nature. The toned-down action, the underwhelming Superior are what also tones down this episode. Patton Oswalt as always did a great job acting as several characters. The number of Koenigs involved in this episode kind of turned it into hot potato soup. The soup’s not bad. 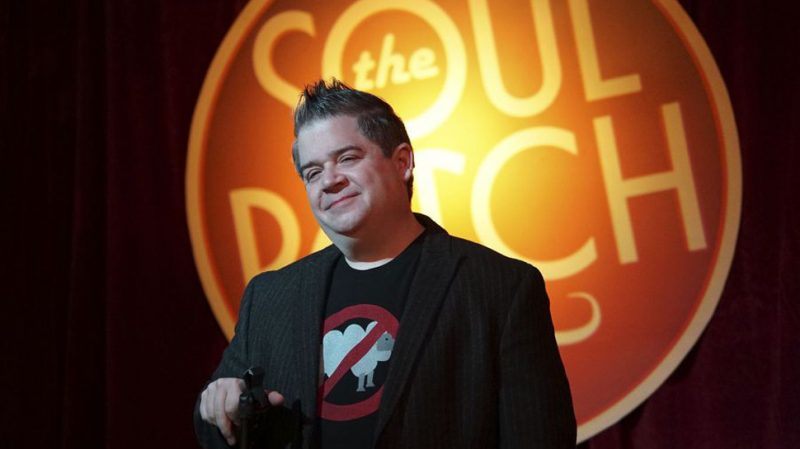 An interesting sidenote that neither Joss Whedon nor Zak Penn would have been able to foresee was that Marvel’s Agents Of SHIELD would wind up pointing out a slight conflict in 2012’s The Avengers movie. Tony Stark makes an offhand comment to Agent Phil Coulson about reaching the life model decoy of Tony Stark on a phone call.

Tony Stark wouldn’t have known about LMD’s back then because Holden Radcliffe hadn’t even developed them yet. As many fans will probably point out, Patton Oswalt’s character triplet  (Agents Sam, Eric and Billy Koenig) were all working on the LMD project at SHIELD before Aida kicked in for Radcliffe. At least, the MCU is caring enough to deal with these issues since they know we fans will spot them quickly.