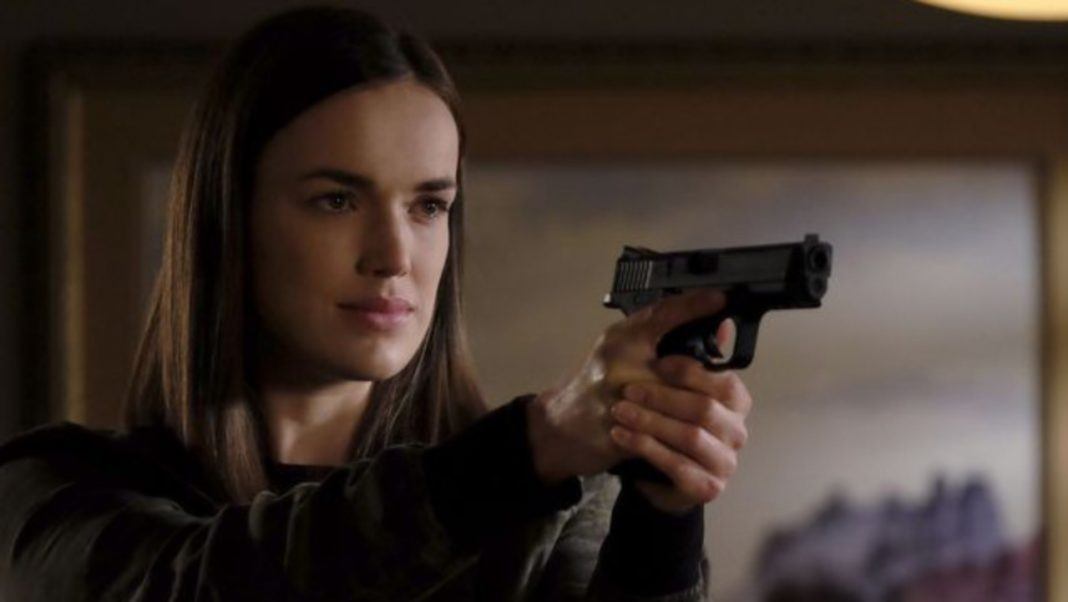 We are now in Agents of SHIELD episode 20 and the fifth episode in the season’s exciting final arc. This is our recap of the episode’s events, so logically, this whole article is a spoiler. Read on, but we recommend you see the episode for yourself.

The episode begins with the crew of the Zephyr which has been up in the air and cloaked since they escaped from SHIELD HQ. Now they’re running out of power and to remain up in the sky; Yo-yo agrees with the crew to switch off the cloaking device. The scene then shifts to SHIELD HQ in the Framework watching events unfold since Coulson’s broadcast. Tripp arrives and is embraced by the excited but unfamiliar Daisy. Simmons tells Daisy about AIDA’s plan to create a human body for herself, and their option is to quickly escape the framework. Daisy tells her Radcliffe’s exit point, but they’ll have to leave Fitz behind as he’s currently inaccessible. Daisy then recruits Mack for a mission and perhaps to take him away from Hope.

The scene shifts to May helping out the SHIELD refugees. Coulson then tells her the story regarding the Framework. May is unconvinced. Over at HYDRA, they just imposed martial law all over the country while Fitz goes to interrogate Radcliffe. He entices Radcliffe that it’s possible to live again through the Quantum Field Generator. Radcliffe tells Fitz that Daisy is looking for a way out.

At SHIELD HQ, Simmons approaches May who remains unconvinced about the real world but manages to tell Simmons about the existence of Alistair Fitz who Jemma wasn’t aware of before. Jemma then later shows up at Alistair Fitz’s door.

Daisy then talks to Tripp about their mission. They talk about the real world too, and we have some light moments here as Tripp asks whether he dated any of the SHIELD women there. Daisy discovers that Jemma went out on her own. Jemma then talks to Alistair who says that he raised Leopold to be the great man that he is. Jemma then tells Alistair that everyone is in danger because of what Madame Hydra is planning and tells Alistair to call Leopold over. Alistair calls his son but attacks Jemma while Leopold is listening in. Fitz hears a shot, and we see Alistair lying on the floor. Fitz arrives to see his father dead and goes on to hunt Jemma and Daisy as planned. Back at the Zephyr in the real world, they detect approaching Russian jets. Without power, they’re defenseless.

Jemma arrives at the base distraught after killing Alistair, losing hope of getting Fitz back. At HYDRA, Ophelia gets word of the incident and orders for Fitz to be called to abandon his mission, but Fitz disobeys and goes dark. Ophelia gives the order to begin her transitioning procedure. Her body then gets 3D printed in the real world. 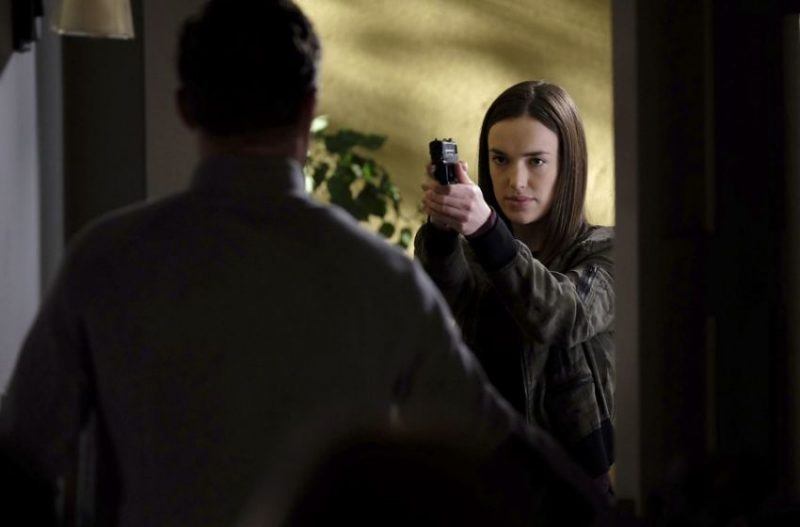 Daisy and team arrive at the exit point but leave Tripp in the quinjet. She doesn’t tell him he’s already dead in the real world but tells him to take over for the recently deceased Mace. You’ll need to see the episode for yourself as this recap doesn’t do their exchanges justice, especially if you’re a Tripp fan. They find the exit point, but instead of a bench seat, they will have to go through a vat of molten metal. Obvious that AIDA has made some modifications to Radcliffe’s backdoor. Mack questions everyone else about the mission as he’s the only one not aware of the other world. Mack gets upset that Daisy lied to him. They figure out how to get through the molten steel, but Hydra shows up. Daisy quakes through the steel and finds the backdoor. Coulson approaches the vat but gets mortally shot. May goes to him but the only way left is to go through. Coulson leaps through the backdoor, and the background suddenly shifts with a digital effect. Coulson then wakes up in the real world besides everyone. May then wakes up in front of him as a sign she followed. They wake up as themselves but apparently retains some memories from the other side.

It’s Simmons turn, but Fitz shows up. She tries to convince him, but Fitz won’t have it. He casually shoots her in the leg when she refuses to get on her knees. Because of the distraction, Radcliffe overpowers his guard and takes Fitz to the edge of the vat and throws him in. Jemma follows and wakes up in the Zephyr just in time for an attack. It’s Mack’s turn, but he has to know the truth first. He opts to stay for Hope despite the realization that everything isn’t real. Daisy has no choice but to leave and wakes up in the Zephyr.

At the submarine, Fitz wakes up and immediately feels the guilt for everything he did in the Framework. Meanwhile, AIDA wakes up in her new body. She sees Fitz and immediately feels the joy she’s been wanting to feel. May is about to shoot AIDA, but she hugs Fitz and teleports away, revealing her new body has powers. The last scene shows us Mack returning to base and sees Hope sleeping on Tripp’s lap. Tripp didn’t expect Mack to return but is happy he no longer owes Hope any explanations.

This is one great, suspenseful episode with much action and emotion. Again, this recap doesn’t do the episode justice as you’ll have to witness the drama and action for yourself. As expected in previous articles, we’ll lose Mack over Hope. But what about Ward and Tripp? There’s two episodes to go. Maybe one of them will turn up or no one will. Maybe ABC will put up a vote.

See the promo for the next episode below:

The newly awakened team goes up against the LMD Superior, and we’ll see a living Aida probably trying to convince Fitz to defend her. It shows shots of Mack still connected and getting submerged. Since he’s staying in the framework, his body’s going to give in anyway. Will the team opt to keep it alive in case he changes his mind? So we’re now faced with the question whether the team can save the Framework system in the submarine and even AIDA’s device in case they want to get reinforcements? Two more episodes. We can’t wait.