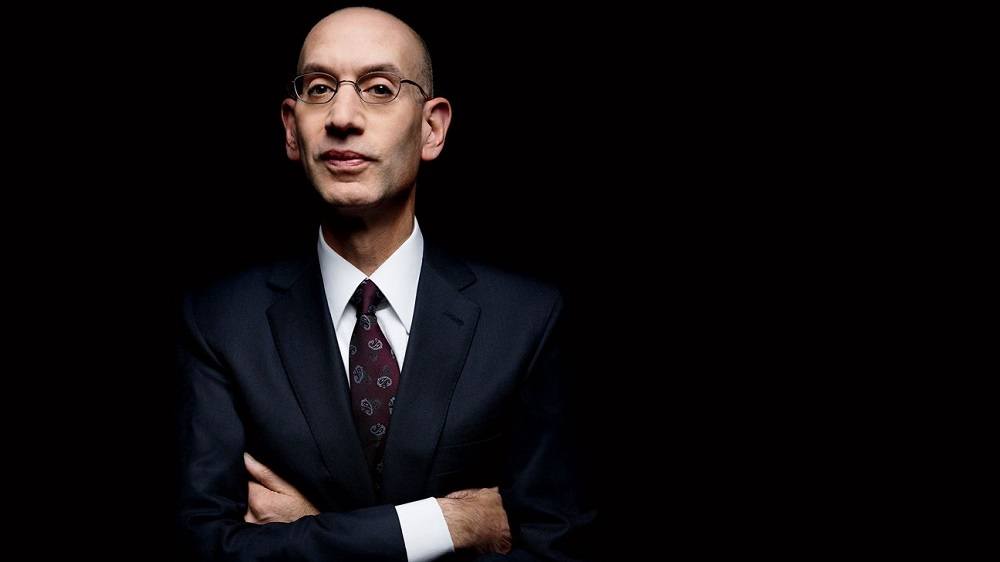 You remember that crazy conspiracy theory I presented on why and how the NBA was pushing its agenda to keep Kevin Durant from leaving the Oklahoma City in free agency? Well, I’ve made a slight amend since Game 1 of the Western Conference Finals.

After Golden State Warriors forward Draymond Green power kicked OKC’s Steven Adams square in the nuts, I thought for sure that the NBA would use that opportunity to suspend one of the Warriors’ key players. Hell, even if they weren’t pushing an agenda, Green deserved to be suspended directly based on precedent, including the Dahntay Jones incident in the Eastern Conference Finals that preceded it.

But he wasn’t. And people complained. I was amongst the complainers. Commissioner Adam Silver didn’t appreciate that.

“I hear it, and it’s the most sensitive issue for me, and it goes to the core integrity of the league and frankly to my integrity,” said Silver, opening up for the first time about the Green issue. “All I can say is we do the best we can—I acknowledge that was a close decision on upgrading Draymond’s kick to a Flagrant 2. Ultimately, we made a decision that he did not intentionally try to kick him in the groin.”

Question, Mr. Silver. If Green did not intentionally kick Adams, then why would you upgrade the foul to a Flagrant 2—a classification traditionally assigned to intention, hard fouls which results in an ejection?

Also, after poor officiating resulted in three wins for the same team, Silver can’t possibly be surprised that his integrity is being challenged. After all, his predecessor, David Stern, was infamous for rigging playoff games—just ask Shaquille O’Neal. Nonetheless, Silver denies any wrongdoing under the blanket of “human error.”

“Roughly 90 percent [of the time], they get it right. Now, of course, I’d like 90 percent to be 100 percent. And so would they. But what these reports also show, what fans already know is, human error is part of this game, and the best athletes in the world make mistakes. And coaches occasionally make mistakes. Officials do, too.”

In the league’s defense, it usually owns up to its mistakes. Whatever helps them sleep at night.

So the league is transparent about the mistakes in the fast-paced action of the game; however, it is situations like Draymond’s that really make me question their integrity. It sounds to me like they want Durant to get a taste of victory—enough to stay in Oklahoma City—but they still want to see the bigger market of San Francisco in the NBA Finals. After all, it took five minutes for Game 7 to sell out with one man paying $29,000 each for two-floor seats.

Again, Silver isn’t having any of it.

“I’ve been around the league long enough that I hear these conspiracy theories every year, that’s not unique to this year, and I’ll say in the case of Oklahoma City, that they have two players on that team who are global superstars. One of the points I’ve made consistently since we negotiated the last collective bargaining agreement, and when you throw social media into the mix, is that players can be located anywhere these days and be superstars, that the difference in market size is not significant when we’re talking about a global market.”