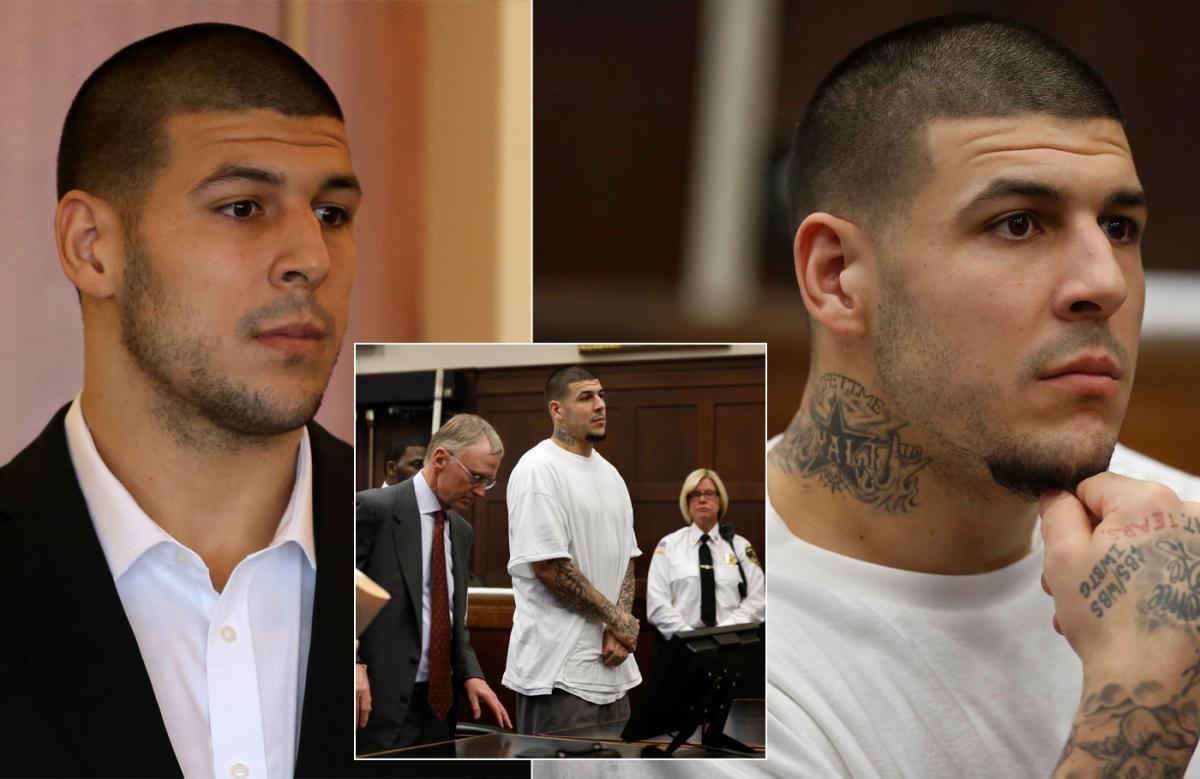 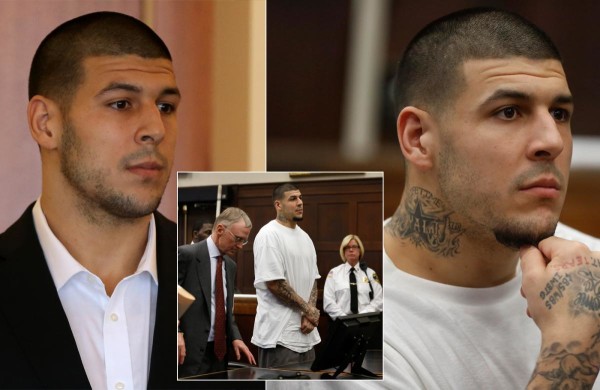 It should come as no surprise that a judge has postponed the former New England Patriots tight end, Aaron Hernandez double murder trial in Boston, again.
The former Patriots tight end is accused of shooting Daniel de Abreu and Safiro Furtado after a fight at a Boston nightclub in 2012. Defense attorneys believe investigators unlawfully seized a cell phone belonging to Hernandez. The issue will be heard by the State Supreme Court before this case continues.
Hernandez greeted his defense team Tuesday afternoon in a white t-shirt and gray sweatpants. The once NFL football player is already serving a life sentence for the murder of Odin Lloyd.
He now stands accused of the deadly shooting of de Abreu and Furtado. Prosecutors say the incident began with a spilled drink at a Boston nightclub in July of 2012. They say Hernandez followed the men out of the club and opened fire on the car they were in.
“What I have here is a written motion, a joint motion, to continue the trial date,” the judge said in court.
The double murder trial was set to start in December. It was delayed until January and is delayed again as both sides await a decision on a piece of evidence, a cell phone that belongs to Hernandez.
The defense believes it was illegally seized from their law office. Prosecutors dispute that the dispute has landed in front of the State Supreme Court, which will hear the discussion surrounding the evidence seizure Jan. 5.
Parties on this case are due back in court for another status hearing two weeks after that.
One thing that stood out prominently on the former football star was a full (alleged) Bloods gang tattoo on his neck. The tattoo says ‘LIFETIME’ up top, which refers to either his lifetime sentence after being found guilty of murdering Odin Lloyd or his lifetime commitment to a gang.

The five-point star below that is a sign of the Bloods gang, which has led many to believe it is indeed gang-related.

What had not been seen before were the words ‘LOYALTY’ which are written below ‘LIFETIME’.

There is also a photo of a skull and spider web at the bottom of the tattoo.

If you recall, back in May, he was accused of serving as a lookout during a gang-related prison fight. It’s obvious he’s now made himself part of the prison system which doesn’t come as a surprise to anyone.