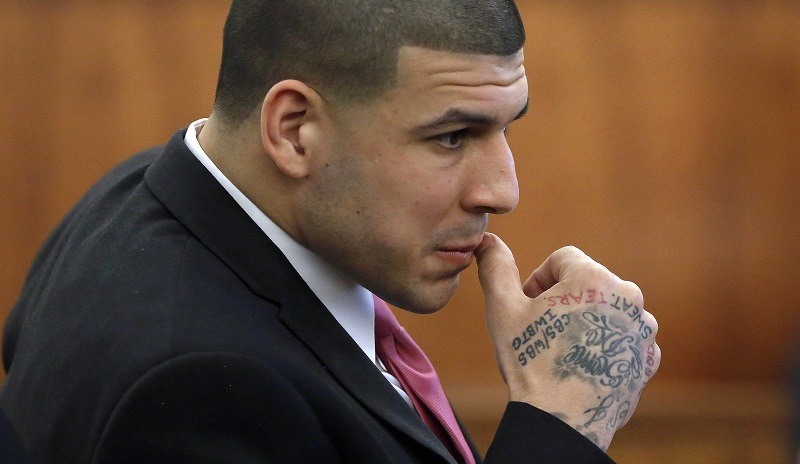 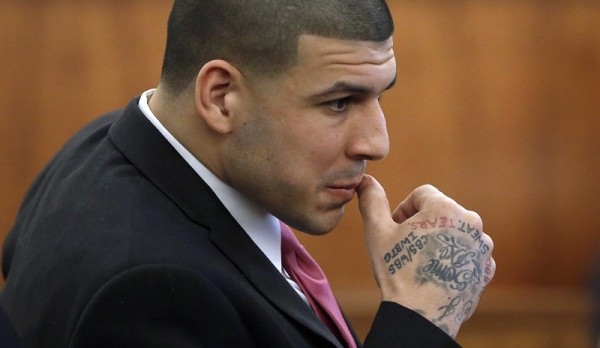 It seems that former New England Patriots football player Aaron Hernandez just can’t keep out of trouble, even the day before he’s arraigned for his second major criminal case, witness intimidation. Just yesterday, it came out that Hernandez was allegedly a lookout while a gang related fight was going on in his prison so, as many suspected, he’s fitting right in at his new home.

He’s set to be arraigned on a charge that he tried to silence a witness in a double murder case by shooting him in the face.

Hernandez’s arraignment is scheduled for Thursday in a Boston courtroom. He was convicted last month in the 2013 murder of Odin Lloyd, who was dating his fiancee’s sister.

The former star tight end also faces two murder counts in Boston in a 2012 double slaying that prosecutors say happened after a drink was spilled in a nightclub. Hernandez was indicted this month on a witness intimidation charge related to those killings.

Prosecutors say Hernandez shot the witness in February 2013 in Florida after he made a remark about the killings. The witness lost an eye.

In a separate hearing Thursday, Lloyd’s mother, Ursula Ward, is due to go before a judge in New Bedford to ask for a preliminary injunction barring the sale of Hernandez’s Hummer. Ward has sued Hernandez, and her lawyers have been trying to track down his assets. The Hummer turned up for sale in a used car lot this month.