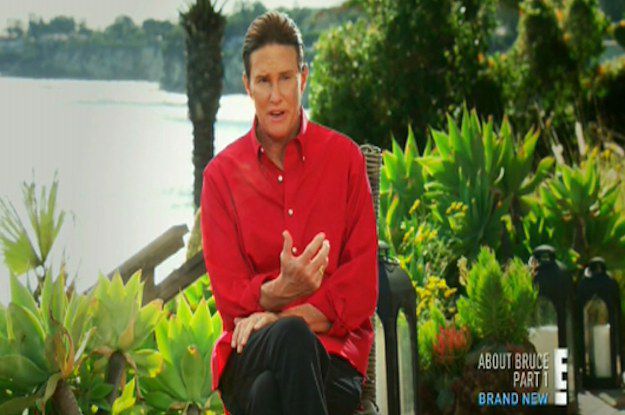 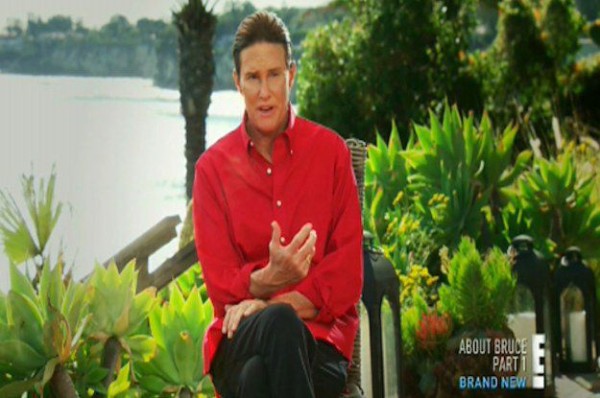 In the second episode of the two part special “About Bruce,” the stars of Keeping Up with the Kardashians delve further into what the long time patriarch of the family, Bruce Jenner, journey is like as he transitions into a woman.

The overall feeling that I get from the girls is that they are okay with what he is doing, but they have to transition themselves. They open up more, asking questions about what he is doing and just overall trying to get an understanding of the process.

Kim asks him if he plans to get his dick cut off (not her exact words, but you get the point), and he says at the moment that is not the plan, because just a few seconds later he reveals that he is heterosexual.

Kim then smartly asks, “But if you are a woman, then won’t you be a lesbian?”

His response is actually quite confusing and one of the aspects of his particular situation that I don’t understand. What I can ascertain from other stories that I have heard about people transitioning into the opposite sex, they go through the process because they are a lesbian or gay. But according to Bruce, out of his own mouth, he is heterosexual. So he just wants to be a woman and still sleep with women? Khloe tries to help everyone (including me) by saying “you’re not attracted to men, you’re attracted to women” and he says “yes as a guy, I was always attracted to women.”

This is what I don’t get, and I guess is one of my “gripes” about this in particular. With everything that he is uncertain about and is waiting to see about, that leaves me with the question, is this the case for everyone who goes through this process. I imagine that Laverne Cox knew when she transitioned that she likes men and was going to be with a man. So Bruce’s “not knowing” yet, is just a little unsettling because with a process like this, there should be more knowing.

It is interesting to see how everyone is taking it all one step at a time. There is a new face in this episode, Scott, Kourtney’s boyfriend. He gives his thoughts on the whole situation, particularly the difficulty they experienced early on in their relationship. It was refreshing to see some male support on this issue as he is the only guy in relation to the family that appeared.

Kendall and Khloe have a conversation away from the others, and they share how they felt about finding out that he was indeed going to become a woman without telling them. I can feel them on why they were initially VERY upset, but with that, I get why he didn’t tell them upfront.

Then the time comes for him to talk to Kris, which is a pivotal point in the show, to me, because this woman gave him his children and a life. He tells her about the struggle that he has had in his life and that “in so many ways I have lived my entire life running away from me and who I am.”

This, of course, is an emotional part, but it brings up the question, what exactly has he been running away from? Is it wanting to be a woman, or dress like a woman, which he could not do because he is a man. But now, he is finally able to do because he’s not got the guts to say, “to hell with everyone, I’m doing me.”  Either way, it further doesn’t make sense to me, because again, he says that he is heterosexual, so WHAT IS IT that he’s been running from?

He asks Kris if she will be onboard with him, and she says that she is confused and rightfully so. She says she always knew he wanted to dress like a woman, but she doesn’t know when he went from just dressing like a woman to wanting to become a woman. From their conversation, we learn that he went through a time frame where he was extremely angry and how that anger affected how Kris responded in their relationship.

This scene between them is very telling, because it touches on how deep the issues transgendered people go through and how it affects their loved ones. She tells him, and this is sad, that she feels like Bruce died. He wants her to be a part of his life and vice versa, but how does that even happen on any level between a man and a woman who used to be married in this kind of situation?

At the end, Kim goes to his house and helps him find stuff to wear, etc. Bruce also talks about the need for tolerance towards all people and just more love overall in the world.

I have to be really honest here, after watching this special, I am even more confused about why he is doing this. I mean, at one point he fulfilled his desire by dressing like a woman, now he wants to be a woman but he still likes women? What was his want the whole time? I just hope his indecisiveness about how he will go forward after the transition is not representative of the majority of transgendered people, because it’s just too much uncertainty for such a permanent decision.

Nonetheless, more power to him.

To read all the articles in this six-part series, go here.