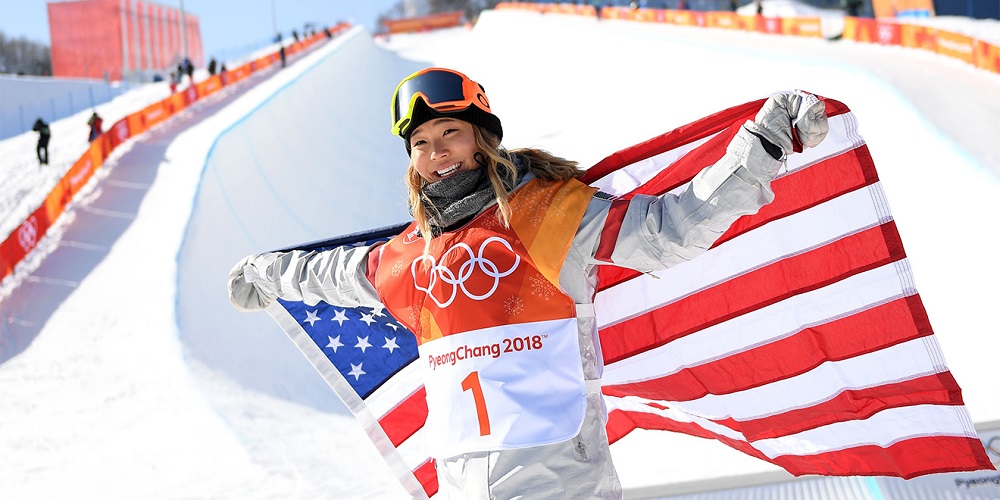 NBC paid a total of $4.38 billion in 2011 for rights to the next four Olympics which at the time seemed like a smart investment. Three years later they extended for another six Olympics for $7.7 billion, but after the 2018 Winter Olympics lackluster showing, they may have some red ink to clean up on their books.

For years, the conventional wisdom in TV had been that even as younger viewers turned away from TV, live sports were invulnerable — after all, the thinking went, people wanted to watch live sports, well, live.

In 2012, viewership of the London Games was up even though many viewers had already seen the results on social media. An average of 31.1 million people tuned in to watch the Games when they aired during prime time on a tape delay.

But in the past two years, even sports have fallen victim to the same trends plaguing the broader industry. First the NFL’s ratings fell. Now we’ve seen that same drop hit consecutive Summer and Winter Games.

Viewership for the current Olympics on NBC is down 24% compared to Sochi among viewers aged 18-49, the age demographic most coveted by advertisers. (NBC notes that the demo is actually down only 15% when including viewers from both NBC and NBC Sports Network, which is airing prime time coverage of the Winter Games for the first time.)

But even the Opening Ceremony, which is typically a major draw, was down 8.6% from four years ago. 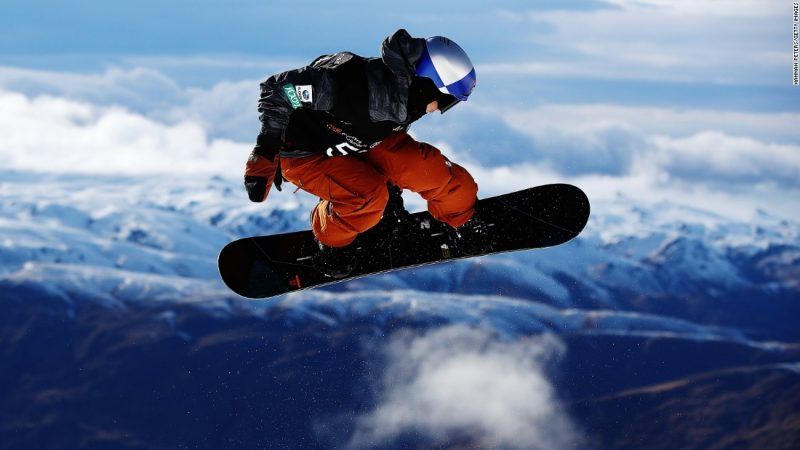 Counting up the medals, Pyeongchang was a lackluster Olympics for the U.S. team, and the post-mortems will soon begin about what went right and wrong.

It’s worth taking the same look at NBC’s performance because the network is locked into showing the Olympics every two years through 2032.

NBC tried some new things, and new people, to supplement a blueprint it has followed for several years.

The network started strong in the ratings and has faded in the homestretch in part, executives believe, because more people became absorbed in the news following the Florida school shooting.

The company will turn a profit and said it will hit the ratings guarantees it promised to advertisers, an important financial barometer.

Through Thursday, NBC had averaged 20.6 million viewers in prime time for the network, the NBCSN cable network and streaming services. That’s down 8 percent from the Sochi Olympics in 2014, when the broadcast network was the only prime-time option (viewership on NBC alone is down 18 percent).

Young viewers are slipping away faster, and a Seton Hall University poll found people aged 18-to-29 were nearly as likely to stream the Olympics on their devices as watch on TV.

No one likes to see ratings go down. But because of how streaming services have changed viewing behavior since 2014, programs with a bigger audience than four years ago are rare. For two weeks, NBC routinely had more viewers than ABC, CBS and Fox combined.

“We were a little bit surprised that it started out as strong as it did,” said Mark Lazarus, chairman of the NBC Sports Group. “It will end up about where we thought it would.”

NBC’s replacement of Bob Costas with Mike Tirico as prime-time Olympics host has by most accounts gone smoothly.

“He’s done a terrific job,” Lazarus said. “He is a warm and welcoming host. He is facile with the facts, he is entertaining and he is compatible with our announcers in the venues and the people who come to the (headquarters) to do interviews.”

Tirico has shown no growing pains, and anytime a high-profile person avoids a headline-making gaffe is a plus. He’s still somewhat of a mystery to viewers, since he had few opportunities to do interviews or commentary.

Part of that was the preponderance of live events in prime time that made Tirico essentially a television traffic cop.

The same busy schedule left less time for the profiles that tend to drive sports purists nuts. That also means less time to get to know the host country than in past Olympics. Anything that minimizes the presence of storytellers Mary Carillo and Jimmy Roberts is a minus. 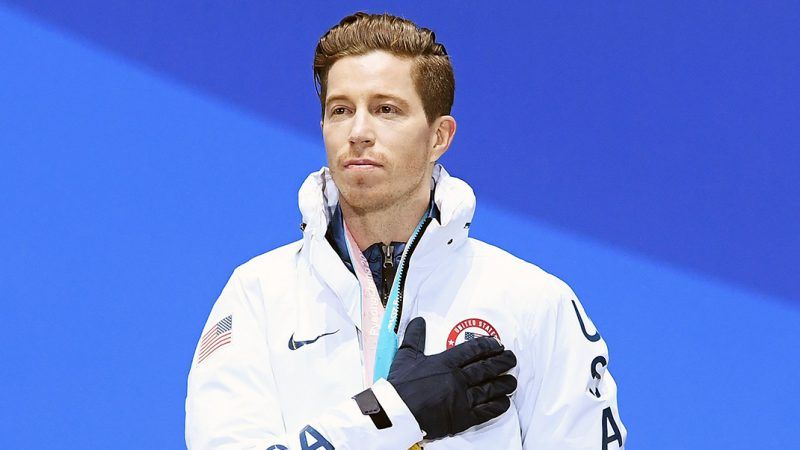 NBC also showed little taste for stories that went beyond medals or Olympic records. The sexual misconduct allegations against Shaun White, Shani Davis’ anger at not being selected flag-bearer, the skier with few apparent skills who made the Hungarian team — all got little or no attention.

NBC may justify that reluctance, given that Katie Couric and commentator Joshua Cooper Ramo were criticized for comments that strayed from sports during the opening ceremony.

But these stories are an important part of the Olympics, and avoiding them makes NBC vulnerable to criticism that it doesn’t want to offend the people who run the games, its business partners.

Among the new wrinkles was NBC’s decision to broadcast its Olympic show live across the country, meaning West Coast viewers were not just stuck with a rerun of the East Coast’s prime-time show.

That turned out to be well-suited to the time difference. NBC’s late-night show on the East Coast — which aired in prime time out West — was filled with live events, including the gripping gold medal women’s hockey game between the U.S. and Canada. Ratings went up for this time slot, which NBC dubbed Prime-time Plus.

Get used to the template, since the next two Olympics (Tokyo in 2020, Beijing in 2022) have similar time differences.

NBC also became adept in programming NBCSN during prime time. It learned to use NBCSN to complement NBC; the cable network more fully aired the women’s figure skating competition, for example, freeing NBC to show a greater breadth of Olympic sports. No longer did an NBC viewer have to feel trapped if they didn’t want to see three hours of figure skating.

The network could improve on how it notifies viewers of the different options, although TV politics may prevent that. Local affiliates don’t want viewers constantly reminded of things they could watch if they changed the channel.

Their Olympic performance increased the stature of some NBC performers. In their first Olympics as lead figure skating analysts, Tara Lipinski and Johnny Weir proved deserving of the promotion. They weren’t preoccupied with their personas, did their homework and offered frank opinions. They may not have Scott Hamilton’s buoyant enthusiasm, but that’s just a difference in personality.

Leigh Diffey and his co-workers on the sliding sports, Bree Schaaf and John Morgan, excelled at generating enthusiasm combined with a deep knowledge of history and the top athletes. Apolo Ohno has made a strong transition from athlete to analyst. 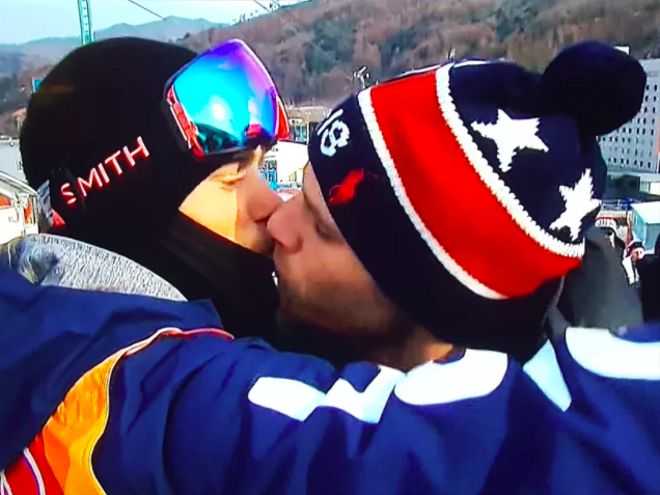 The Alpine skiing team was the weak link. Dan Hicks is a pro, but embarrassingly called a race over when it wasn’t. Despite his considerable knowledge about skiing, Bode Miller had trouble as a rookie analyst. His monotone made an exciting sport seem clinical. And he compounded his blooper about marriage hurting a woman skier’s career with an apology that shrugged it off as a bad attempt at humor.

It will be up to Miller to decide if he wants to put the same energy into being a broadcaster that he did to becoming a world-class athlete.