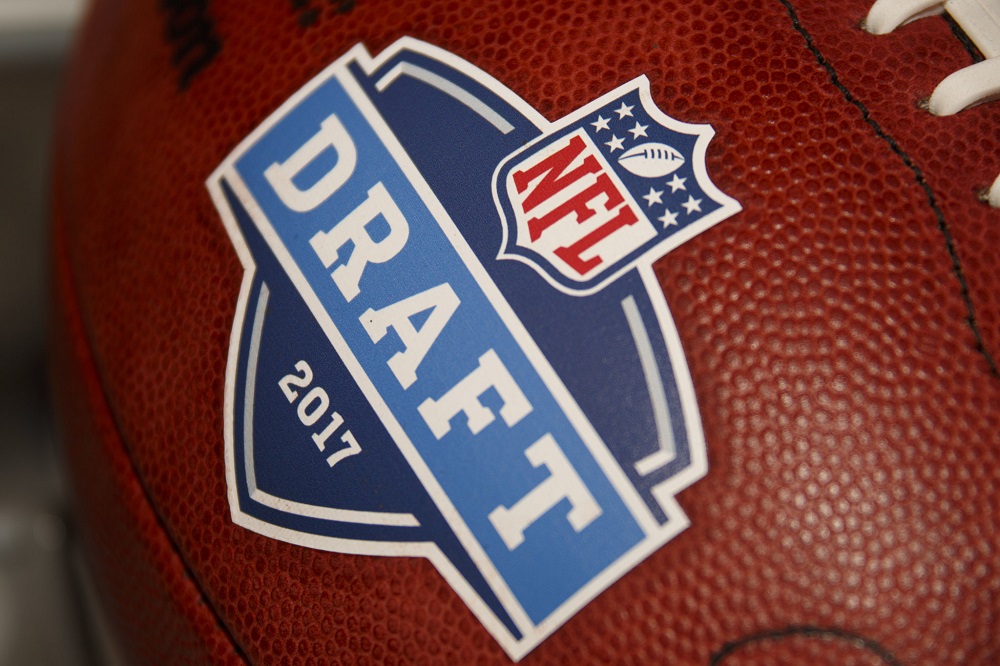 Well, I am shocked. I think most people saw Myles Garrett at No. 1, but after that, things got weird quickly. I’ll jump right in to my first reactions to the top five selections in the 2017 NFL Draft: 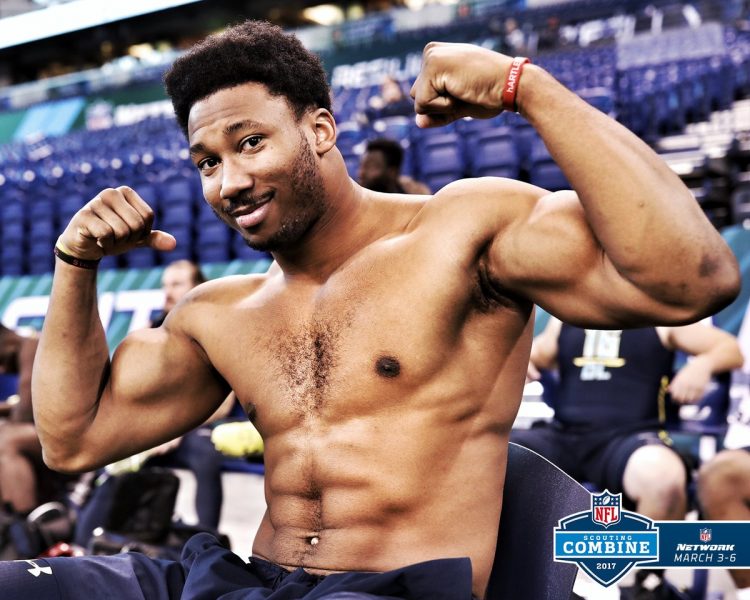 Myles Garrett, DE, Cleveland Browns: As I said, most people saw this coming. Even the Browns couldn’t screw this one up. While Garrett isn’t perfect, he is almost universally considered the best player available in this draft.

Garrett is the kind of talent that can tilt the entire field. Teams like UCLA refused to run anything, be it a pass or run, to Garrett’s side of the field. They avoided him like the plague.

Garrett does have some things to work on, mainly in giving 100 percent on every down and chasing backs down the field, but those things will come under Hue Jackson.

Overall, this is a guy that can completely disrupt an offensive scheme. For the 1-15 Browns, it’s a step in the right direction. 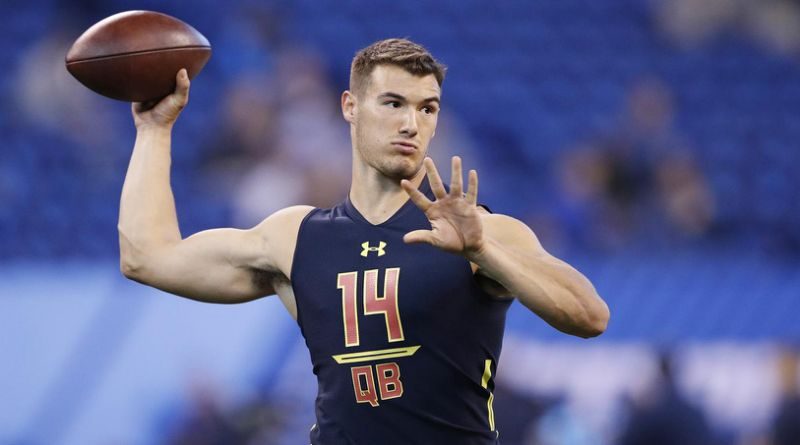 Mitchell Trubisky, QB, Chicago Bears: Okay, this blew my mind. First off, the Bears traded away their third overall pick, third round pick, fourth round pick, and their third round selection for 2018 to move up one slot and take Trubisky. Why. Why, why, why. The Bears must have seen something in the war room to suggest that another team was going to move up because I have a hard time believing the 49ers were going to spend their pick on a QB.

Trubisky isn’t terrible. He’s a pretty good player. But there are a lot of issues with taking him second overall. He struggles tremendously in the pocket when backed up on his own goal line. He likes to hold onto the ball, and it leads to many mistakes.

I hear the comparison to Cam Newton, but I would put him as more of a Geno Smith. He likes to run around a lot, he holds the ball too long, and he isn’t the most consistent passer out of the pocket.

The Bears haven’t had a Pro Bowl quarterback in decades, and, especially given all the other issues this team has, I’m not sure Trubisky has that kind of upside to him. 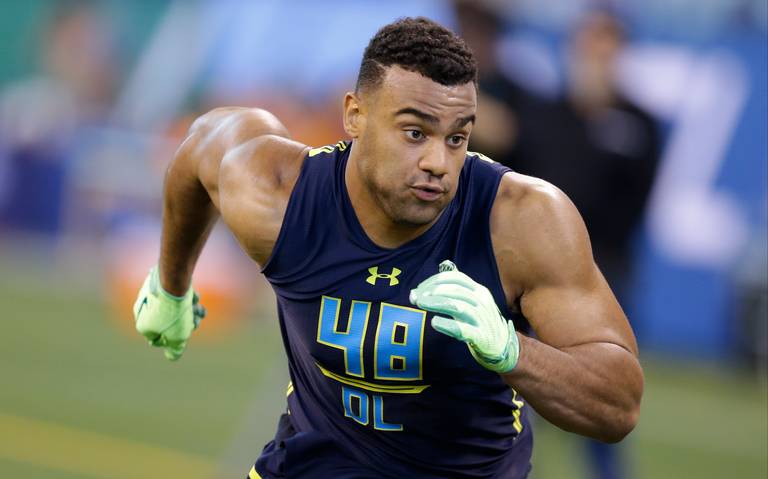 Solomon Thomas, DE, San Francisco 49ers: Thomas is the guy the Bears should have taken. The Niners have been through some nonsense over the past few years, and they’ve spent way too much money this offseason under new general manager John Lynch, but this move makes up for at least some of it.

Thomas is a hell of an athlete. He’s an atypical defensive lineman that can be slid around the formation wherever he’s needed. He’s like an Aaron Donald and Justin Tuck rolled into one. The obvious choice here for the Niners.

The best part for them is they got an extra third and fourth round pick as well as a third rounder next season, and they still got a guy that they probably would have taken at second if the Bears didn’t throw them an unbeatable deal. They got the picks and the player, and, for once, they don’t look like the biggest mess of the offseason. 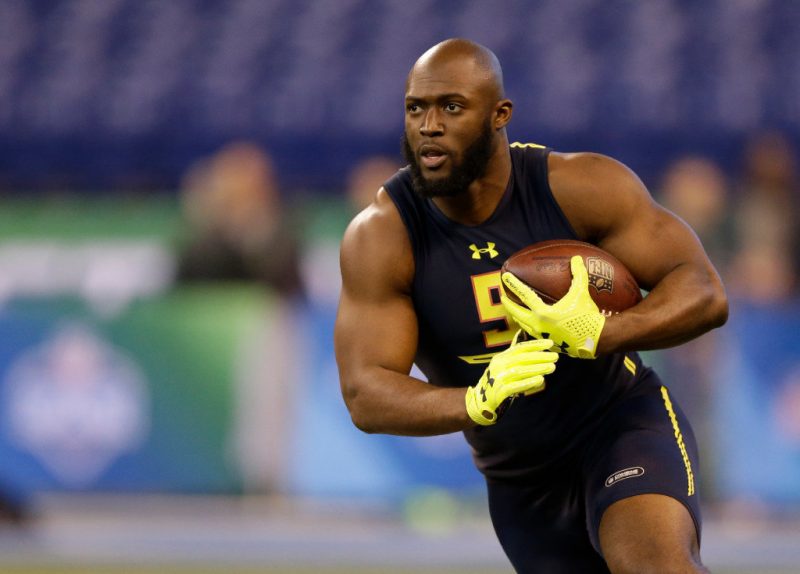 Leonard Fournette, RB, Jacksonville Jaguars: This shocked me as well. I love Leonard Fournette. I have a large soft spot for New Orleans players. I watched this guy in high school. We played him twice our senior year. He had probably 1,000 all-purpose yards over the course of those two games. It was like watching Le’Veon Bell take on middle school all-star team.

Fournette is a dominant talent. He’ll run you over, out run you, stop on a dime and wait for you to pass, or drag you to the end zone with him. He has the skills to swing out and play wide receiver, and he’s relatively versatile coming out of the backfield.

That being said, four is early in my opinion. I feel like he would have been a better fit at No. 8 overall to the Carolina Panthers (although I would have hated to see him go there). Fournette has a lot of durability and injury issues going back to his high school days.

But, hey, if I know Tom Coughlin, he’s got something up his sleeve. 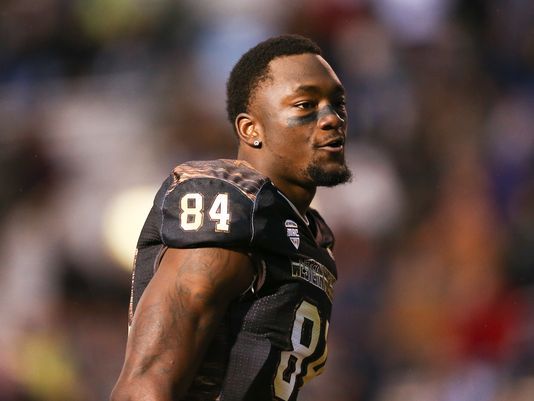 Corey Davis, WR, Tennessee Titans: Davis has to be in the conversation for best wide receiver in college football history. And while he was slated to go mid-to-late first round, the Titans have an urgent need for a wide receiver to come in and help out.

Davis is a guy that can come in and help Marcus Mariota immediately. This guy is a quarterback’s best friend.

The only thing that concerns me about this pick is Davis’s drops. He’s always had an issue with concentration drops and running before the catch. Not a huge problem, but a red mark nonetheless.