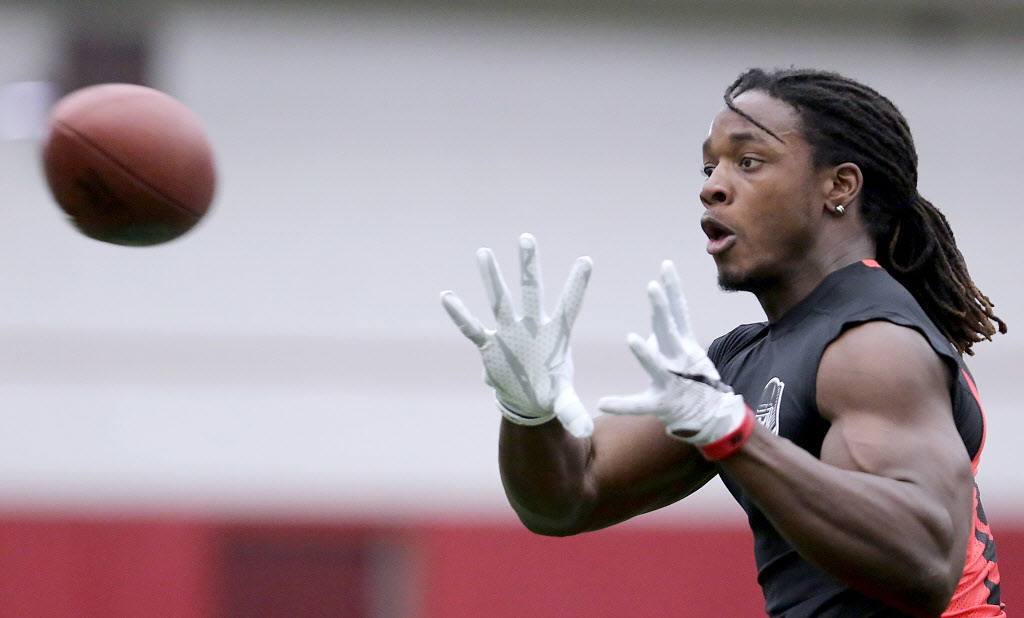 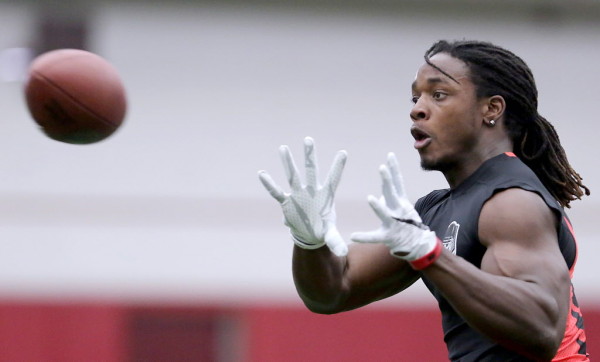 It’s been two consecutive years now since a NFL franchise has drafted a running back drafted in the first round of the NFL Draft. That year, the Cleveland Browns selected Trent Richardson with the 3th overall pick in the draft, the Tampa Bay Buccaneers took Doug Martin 31st overall, and then the New York Giants rounded out the first round by selecting David Wilson. Richardson is already considered a huge draft bust, and Wilson has since retired from the NFL.

Since then, teams have been skeptical of high-profile running backs coming out of college. Georgia’s Todd Gurley looked good enough to break the trend; but after he went down with an ACL injury, it appeared that we would see a third year in a row with no backs taken in the first round—that is, unless Melvin Gordon gets the nod.

Wisconsin’s junior running back had a fantastic 2014 season which included 2,587 rushing yards and 29 touchdowns on an insane 7.5 yards per carry. Gordon’s big break out game came against Nebraska when he broke LaDainian Tomlinson’s single-game FBS rushing record set back in 1999. Gordon exploded for 408 yards and four touchdowns on only 25 carries—an average of over 16 yards per carry. The record would be broken the next week by Samaje Perine of Oklahoma.

Clearly Gordon’s ability to run with the ball is not holding him out of the first round, but his ability to play three downs may. If a team decides to spend a first round pick on a running back, they want someone that’s ready to come be their go-to guy. Gordon still needs a lot of work in pass protection and as a receiver out the backfield.

Gordon has shown his willingness to block for the Badgers, but he has also proven that he cannot be trusted to identify a blitz and pick it up. As he stands now, Gordon is a chip-blocker at best.

Same situation as a pass catcher: Gordon certainly has potential, but he needs work in both route running and catching out of the backfield. Gordon had only three receptions his first two seasons in Wisconsin, and his 19 this season were most likely to show NFL scouts that he could do so.

It will be interesting to see where the 2014 Heisman Trophy finalist will land come the 2015 NFL Draft. At 6’1, 215 pounds, Gordon is built for professional football; so the question is whether or not a team desperate for a running back will be willing to work on him this coming season.

Melvin Gordon may not be a first round guy, but with Gurley still recovering don’t be surprised if you hear his name called earlier than expected.