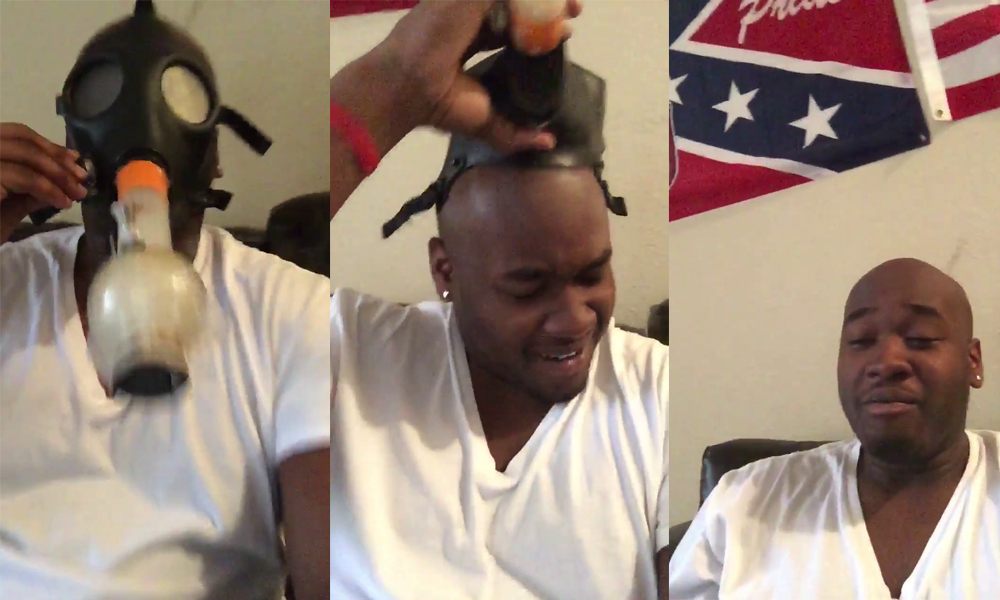 After OT Laremy Tunsil’s Twitter was hacked last night posting a video appearing to show him smoking a bong only minutes before the 2016 NFL Draft first round began, he slid from a top-five sure shot to the Miami Dolphins‘ 13th overall selection. Although he was drafted, the incident cost him dearly–likely millions of dollars.

The Miami Dolphins may have walked away from the NFL draft with the biggest steal, or it could all go up in smoke.

They took Laremy Tunsil with the 13th overall pick. The tackle was once considered a potential No. 1 overall pick, but he fell after a bizarre video was posted on his Twitter account minutes before the start of the draft showed a person smoking from a mask equipped with a bong.

Dolphins general manager Chris Grier said the team had been aware of the video’s existence well before the draft. Grier and Tunsil both said the video was two years old.

“Man, it was a mistake,” Tunsil said. “It happened years ago. Somebody hacked my Twitter account, and that’s how it got on there.”

Tunsil said his Instagram account was also hacked, and he didn’t know who was responsible. He said he wasn’t angry, even though his tumble in the draft cost him millions of dollars.

He chuckled several times as he discussed the situation an hour after finally being selected.

“I don’t know why they hacked my account. I didn’t do nothing to nobody. I’m harmless,” he said.

“I’m ready to play football, man. It’s a love for the game. It’s not all about the money.”

The pick created a buzz on social media, including tweets of the team logo with a mask over the dolphin’s head while using a bong. Tunsil said he doesn’t have a drug problem, but the video reinforced his off-the-field issues.

Tunsil said he took money from coaches at Mississippi. He sat out the 2015 season’s first seven games after the NCAA ruled he received improper benefits, including the use of three loaner cars over a six-month period.

His stepfather reportedly filed a lawsuit against him Tuesday related to a confrontation in June, when the men were both charged with domestic violence against each other. Those charges were eventually dismissed.

Tunsil attended the draft in Chicago and waited more than 90 minutes until his name was finally called. He then exhaled and shook his head, and after accepting congratulations from Commissioner Roger Goodell, Tunsil managed a smile.

“Man, it’s just a crazy world, and things happen for a reason,” Tunsil said. “I’m glad to be in Miami. I’m going to work my butt off man and give it everything I’ve got.”

Tackle wasn’t considered a priority for the Dolphins, but they decided the 6-5, 310-pound Tunsil was too good to pass on. He was a three-year starter at Ole Miss.

Grier said the Dolphins knew the story behind the video, but declined to share it. He said the team had heard rumors regarding Tunsil’s background, and careful research allayed concerns. Tunsil has never failed a drug test, either in college or at the NFL combine.

“He’s a smart kid,” Grier said. “He’s very football-intelligent. This guy is one of those grinders. There’s no doubt this guy loves football, and football is very important to him.”

Miami made Dion Jordan the overall No. 3 pick in the 2013 draft, and he sat out last season serving a suspension for violating the NFL’s drug policy.

Tunsil’s situation is different, said Grier, who added the pick prompted a celebration in the team’s draft room. Grier said the Dolphins had Tunsil ranked No. 2 overall and didn’t expect him to fall to them.

Others were surprised by his tumble, too.

“If we took players off the board because they smoked pot in college or marijuana, half the board would be gone,” Detroit Lions GM Bob Quinn said.

Tunsil said the Dolphins didn’t need to worry about his character.

“I’m going to show everybody what type of person I am, despite all the mistakes,” he said. “They’re getting a great man. I’m going to put everything on the line. I’m going to give it my all. They don’t have to worry about nothing.”

Tunsil was a prep star at Columbia High School in Lake City, Florida, and remains close to his small hometown near Jacksonville.