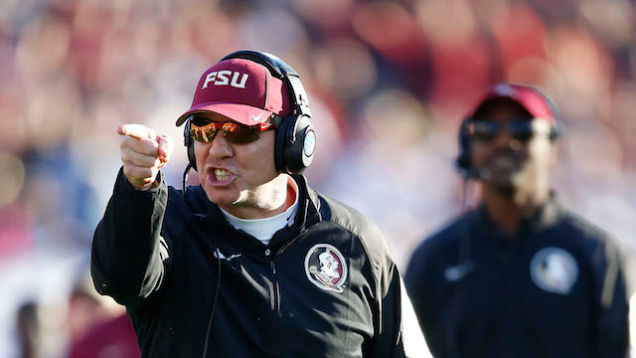 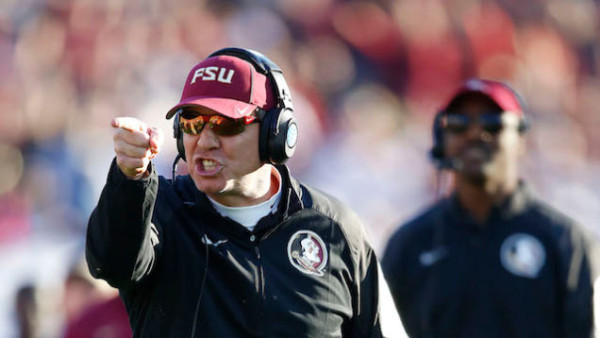 It’s not been a great past few months for the Florida State Seminoles football team. The team spent last year dodging toxic headlines about Jameis Winston then went on to get completely embarrassed by Oregon in the college football playoff. Winston was made to look a fool on the field in that game, which matched his antics in regular society. The offseason has been no better as the Seminoles have managed to stay in the news for all the wrong reasons. QB De’Andre Johnson was accused of punching a woman at a bar, then the video surfaced to make it official….he punched a woman in a bar. Then for good measure running back Dalvin Cook allegedly punched a 21-year-old woman in the face numerous times outside a Tallahassee bar.

We all know that college athletes are not angels. They are not recruited for their ability to move smoothly through society. They get recruited for their ability to run smoothly through the line of scrimmage or shoot long range three pointers. However, Florida State’s football team is going well beyond the anti-choir boy status. These players appear to be attempting to break into prison long before their college eligibility runs out.

Seminoles head coach Jimbo Fisher sees a pattern….after two years of chaos off the field, so he is trying to make his players understand the importance of staying on the right side of the law. “We spend a good deal of time educating our student-athletes about appropriate behavior and their responsibilities as representatives of Florida State. The majority of our players are exemplary, but clearly we must place an even stronger emphasis on this, and I personally promise we will,” Fisher stated.

Coach Fisher has a lot on his plate at the moment so I thought I might pitch in and help his Seminoles get back on track. FSU is in need of some outside the box thinking. I am afraid there won’t be enough players left to actually compete come fall, so drastic changes need to be made immediately. Here’s ten ways FSU can get a handle on its football team before something terrible happens…again.