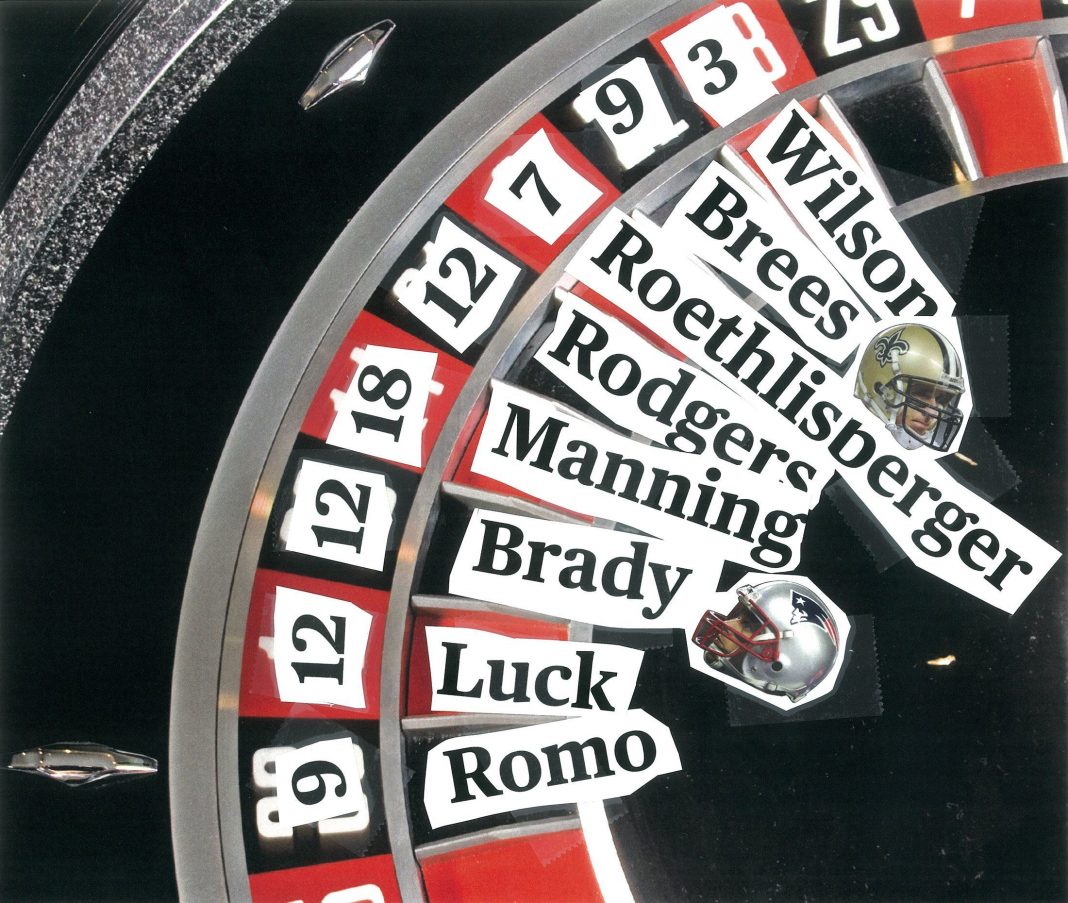 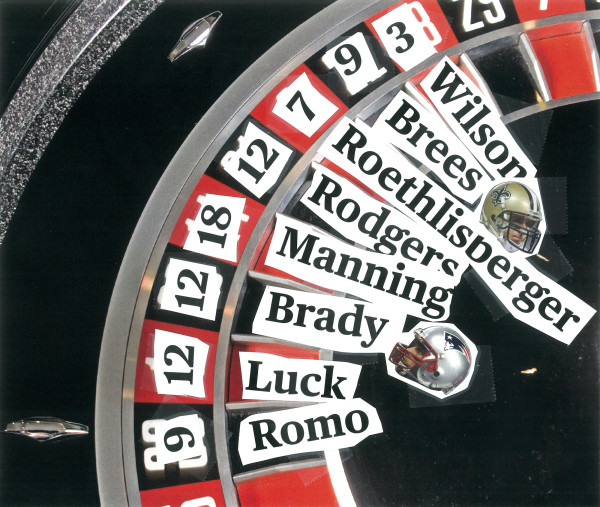 Bad news. You are not likely to win a million dollars on FanDuel or on DraftKings. The sheer odds are stacked against you worse than a Tom Brady, Gronk, Edelman combo against the Jags before #11 went down with a broken wheel.

The major DFS sites love to run TV spots that promote their biggest contests. It’s just better marketing to dangle a million dollar carrot as opposed to promoting contests that you can enter for $1 and win a dollar. I don’t get excited by “Steve” who has won just $349 in 2015 on DraftKings, but seeing “Chad” rake in $1,000,000 definitely gets my attention even though I know it’s a long shot for me to end up on one of those commercials.

Your chances of making money consistently in daily fantasy football don’t lie in big money tourneys with nearly 400,000 opponents. A better strategy is to play head to heads and 50/50 contests.

Doing lots of research, studying the structure of the contests themselves, and feeding off lessons from the industry sharks’ lineups should make you good enough to beat the average Joes that keep signing up to have their money ripped from them.

All that effort seems a bit much for most folks that have real jobs with real families that would like dad to spend time with them. So most daily fantasy players are not going to put in the work to be in the top 85% of users. And people are generally lazy to boot.

Most DFS players just use expert opinions or simply use their gut to pick a lineup each week. They either think it’s that simple or are just playing for the hell of it. Either way, you can benefit by really studying the game of fantasy football.

If you’re not into that kind of effort either, then by all means sign up for the big money contests on DraftKings, FanDuel, or any site with enough of a carrot to draw you in. You can get in contests that pay a million dollars to the top spot for about $20, and you can also get in decent sized pots for under $5.

You may just get lucky with a one-time hit that helps you pay some bills or gives you enough cash to buy some Christmas gifts.

So for you that want to dive into an ocean of opponents to see if you can hit the lottery of fantasy sports, I’m here to help. I am no Jonathan Bales or Drew Dinkmeyer. These guys are pros. I am still learning. That doesn’t mean I don’t know how to think outside the box. That my friend is how you win a big money pot.

You have to separate yourself from the field. If you choose all the normal players that “should” perform well, then you may do OK and even win a few bucks here and there. But to get anywhere near the top prize in a huge field of users, you have to do everything you can to differentiate yourself from every other guy who considers himself a football genius.

Here are ten ways to set your fantasy football lineup apart from the masses when it comes to winning huge tournaments up to a million dollars. This is one time you don’t want to fit in with the crowd. If you’re roster sticks out like a sore thumb, then you’re on the right track.

10. Don’t read any expert advice when setting a lineup that is supposed to beat other people reading the same thing. I trust a lot of the DFS industry experts for help with my H2Hs and 50/50 games, but why would I choose players that at least half of my opponents are likely to roster?

9. Analyze past million dollar winners’ lineups. Look for a theme. Look for the hidden gem. Don’t pay attention to the actual players. That won’t matter on a week by week basis. Matchups change, salaries change, and game flow changes. Look for why the structure of the lineup worked.

Did the winner do something off the wall like use a TE at the flex spot or a kicker on the worst team in the NFL? Maybe he picked a QB who was questionable all week until game time, which would make his ownership much lower than normal.

8. Team up with a buddy who’s a whiz with numbers but watches so little football, people question his manhood. This buddy who likely wears cardigan sweaters will be able to see things with the stats that you are blind to because you:

Two heads are better than one, especially when your head is full of a lifetime of football info that is half game knowledge and half off the field drama.

7. Set a Bizarro roster. Do a third of your roster in reverse. Set up part of your fantasy team with starters you think will score the fewest points this week. What could it hurt? How many other players are going to do that? Better yet, draft players that are picked by experts to have really bad weeks.

Remember, the point isn’t to score the most points. Trying to that just keeps you at the middle of the pack. The point is to be the outlier that somehow beats 383,000 other guys who are looking to quit their 9-5 jobs too.

6. Read some weird futuristic science articles. See if that opens your mind up to new possibilities with DFS. Maybe seeing the theory of having your consciousness downloaded to a computer after your body wears out will give you a clue about how to find a decent tight end not named Gronkowski.

5. Try setting your lineup when you are about seven beers in. If sober drafting has yielded you middle of the pack finishes in the Millionaire Maker, then what’s the harm in running your fantasy team like Jim Irsay?

4. Take time away from playing fantasy football. It may give you a fresh mind for when you get back to the game. It may sound silly, but spending many hours each week on all this data can really burn you out.

3. Use the 80 /20 rule to help you weed out the unnecessary when constructing lineups. If 80% of your efforts are similar to the average fantasy player, then up the 20% of your efforts that are possibly going to set you apart.

2. Find articles, movies, and books about outliers. To win a million dollars in daily fantasy sports, it is better to be an expert on the “unusual” than it is to be an expert on Vegas spreads or point projections for QBs with winds over 10 mph.

You have to become the outlier.

1. I hate to go all Phil Jackson on you, my pupils. But finding a quiet time to just sit still and study the scoring rules for your favorite DFS site will be super helpful. It’s easy to gobble up 50,000 words a week from expert articles or watch 12 hours of youtube fantasy shows.

What’s hard is really thinking about how your team will get the points needed to be atop a million dollar contest.

Sit and just look at the matchups for the upcoming games. Ignore the fantasy outlooks. Everyone else will be checking those out. Why should you? You need to separate.

Grab a freaking newspaper to gander at the upcoming games. That way you’re not staring at a schedule on ESPN only to be distracted by “cheerleader pics of the week” (Jags cheerleaders looked perfect on TNF BTW).

Be still and know what the hell is going on as 1 p.m. Sunday approaches.

If this Zen fantasy football technique sounds stupid or useless, I’ll accept that. Just let me know how many millions you’ve won doing what every other jackass is trying.