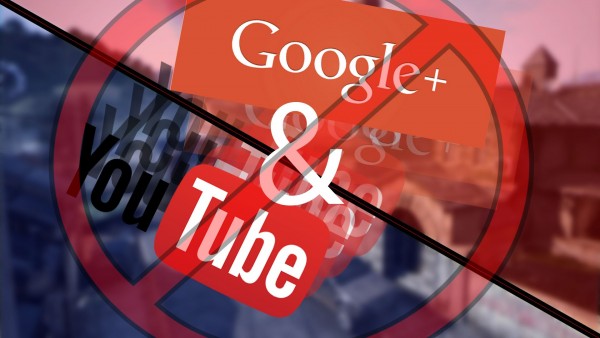 After forcing users to sign up for a Google Plus account before being able to comment on videos, Google has announced that it needs to rethink the controversial move. That forcing their users to link their YouTube account with Google Plus was a bad idea. So recently they decoupled YouTube and Google Plus. YouTube comments will no longer appear on user’s timelines, as they should have been in the first place. With YouTube’s uncoupling, along with other reversals, many now speculate that Google’s struggling social network is now taking its last gasps before sinking into the internet’s dark forgotten depths.

Due to Facebook’s meteoric rise in the last decade, Google saw it fit to create a social media platform of their own. Unfortunately, Google’s efforts have failed to gain the critical mass it was hoping for. Google Plus continues to rank below Facebook, Twitter and LinkedIn in social networking, messaging, marketing and business use. As of April 2015, one social media statistic site ranks Google Plus below Reddit in the number of unique users. Google Plus, for many users exists as a shadow of their YouTube and Gmail account. It’s only there because they need one and they don’t have to use it. With Facebook’s dominance, it’s difficult for users to consider even having more than one Social Media website with the same purpose. During the site’s invite-only phase, I was a bit excited not knowing what I’ll find. I was invited by a friend but found the site bland and unappealing. Besides, everything was happening on Facebook and Twitter. I had no need for another social media platform. I don’t even have Instagram. I didn’t even have Google Plus to turn to when Facebook accidentally kicked me out. For that I turned to Ello, an artist-centric social media site unbound by corporate interest which unfortunately now shares Google Plus’ fate when it comes to my browsing habits. I had to get back to Facebook because everyone I knew was there. Google Plus apparently reinvented itself with a Pinterest-like presentation and has become interest-oriented. It worked for eBay after all. But even then I’m not compelled to jump in because I already have Pinterest for that. Pinterest now exceeds Facebook in my browsing sessions. 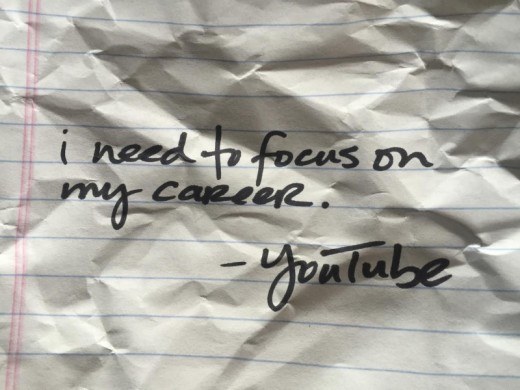 But this is not about me and many might agree with my sentiment to Google Plus. Perhaps, during the heat of things with Facebook and Twitter, Google Plus shouldn’t have been invite only in the first place. Many could have joined in. Now the site is struggling to keep or grab the attention of its current users. Currently, the social media site is somewhere above or below 30 percent in user percentage but actual usage is something else. Perhaps logging into Gmail or YouTube counts as usage. Now that Gmail and YouTube have been detached from Google Plus, the network’s use percentage rating could further dip, hence the takedown rumors.

Many users welcome Google’s ‘rethinking’. Having a Google Plus account shouldn’t be a prerequisite to praise or slam some YouTube video nor should it be necessary to create a YouTube channel. YouTube was a social media platform by itself before getting bought by Google. Besides, no one likes being forced to create another social media account they’ll never use anyway. For people already heavily invested in Facebook, Google Plus seems redundant. For Google, it’s a waste of resources.

To each his own though as many call Google Plus their home instead of Facebook. Many who appreciate Google’s other services like Gmail and Google Apps might as well stick closer to home. But even they would rather have separate personas when it comes to real life and as a YouTube celebrity or commenter. Spewing expletives at a YouTube video that deserves vitriol and seeing that appear in the Google Plus timeline can be embarrassing. Praising, agreeing or simply liking a potentially offensive or non-politically correct video can have implications when it appears in the Google Plus timeline. Gmail integrated with Google Plus may be handy but feels like a security risk. Besides, homemade email didn’t work for Facebook. The email address Facebook gave me, never used it once. So yes, removing integration is a good idea.

So after this, where is Google Plus headed? To that better place, or to a real better place now that Google is getting its act together and reorganizing to improve its focus, which has come under critique for some time now. Google is now separate from its other ventures but all come under the new Alphabet umbrella. Ideas, that’s what they’re good at and a focused idea is better than throwing mud at the wall and use what sticks. With that, Google Plus may have a future because somewhere about 30 percent of social media users still think so.