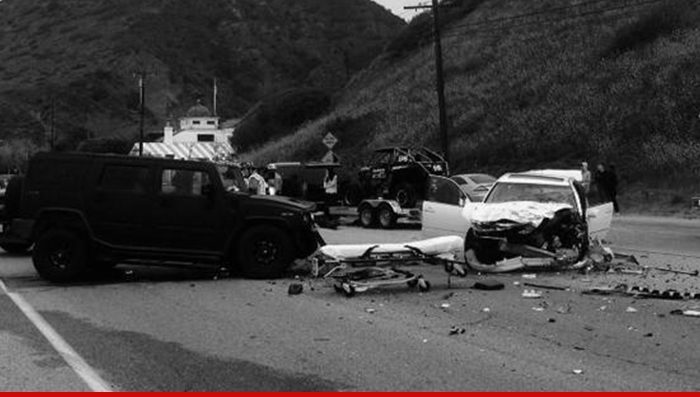 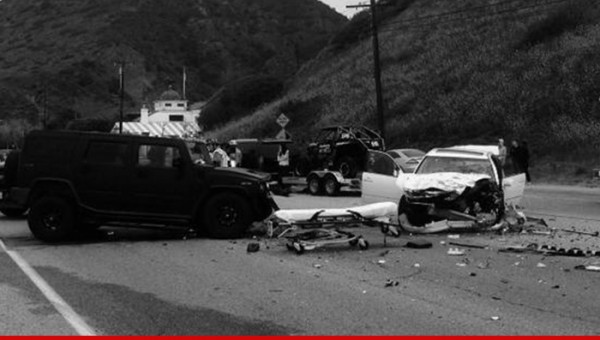 Bruce Jenner is having one of those days that is bringing even more media attention on himself. This afternoon, he was involved in a three car accident that has left one woman dead after reportedly being rear ended and then struck head on by a Hummer.

Olympic gold medalist Bruce Jenner has been involved in a three car crash, Variety reported today. The crash was on the Pacific Coast Highway, and it’s been reported that one person was killed and as many as seven people have been injured.

Sgt. Matt Dunn reported that the crash happened shortly after noon near Corral Canyon Road, and that Jenner was driving one of the vehicles.

TMZ is reporting that it appears Jenner caused the crash, and they have moment by moment photographs showing the exact point of impact when he crashed into a white car ahead of him causing considerable damage. Eyewitnesses told them that Jenner rear ended the white car causing it to go into incoming traffic where it was then struck by a Hummer. The woman driving this car has died. 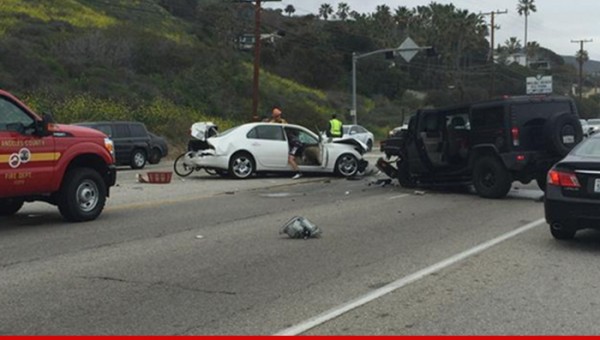 Already in PR crisis mode, the “Keeping Up with the Kardashians” family told TMZ that Jenner was being chased by as many as five paparazzi at the time of the accident. Jenner told police he had not been drinking and passed a sobriety test.

Jenner was on his way back from picking up his Polaris UTV at a wounded veterans group he had loaned it to.

There will obviously be more to this story as the days go on, and we’ll report to you what we find out.