Home All News Sports Willian: Difficult to stay motivated when team not competing for title 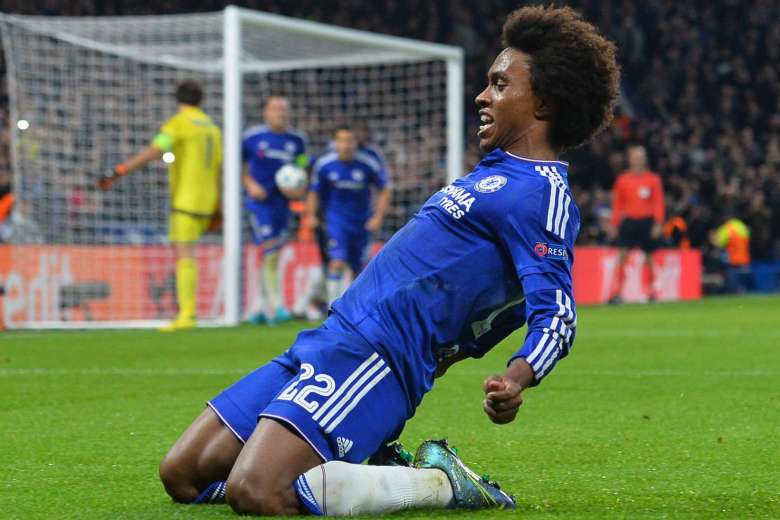 In a span of ten days, Chelsea have been knocked out of the Champions League, the FA Cup and their chances of finishing top four suffered another major blow.

On Saturday, Guus Hiddink’s men were held by West Ham in a 2 – 2 stalemate at Stamford Bridge. The defending Premier League champions are tenth in the Premier League table with only eight games remaining in the end of this season.

Arguably Chelsea’s best player this campaign, Willian admitted that he is finding it hard to stay motivated when the team is not competing for the title.

“It is difficult to stay motivated when you cannot win a title anymore,” Willian said.

The Brazilian attacker claimed that the Blues deserved to pick all three points against Slaven Bilic’s Hammers.

“I think we deserved to win. We played well, especially in the second half,” the Brazil international told Sky Sports.

The West Londoners twice came from behind to draw 2-2 at the weekend. Cesc Fabregas scored both the goals for the home side.

“We played very well and created a lot of chances. But in the end, it finished 2-2. We fought right until the end, and we have to continue like this in the remainder of the season.

“We are very happy that Cesc scored two goals for us. We have to take some rest now and continue like this.

“It was a very difficult moment for us when Andy Carroll scored the 2-1 for West Ham because we were playing very well at the time. We kept on going, though, and created so many chances. We could have scored more, but we didn’t.

“But I am happy with the performance of the team. In the end, we deserved to win, but the draw was alright because we scored so late. We must play like this every game.”

Chelsea still have an outside chance of booking a spot in the Europa League this season. If they manage to procure consistent results in their next eight games, they certainly stand a chance of finishing within top six. According to many media reports, Antonio Conte is set to take over the helm at Stamford Bridge next season and the Italian manager will be delighted to receive the charge of a team playing in European competitions.