Home All News Politics When will women stop body shaming other women? 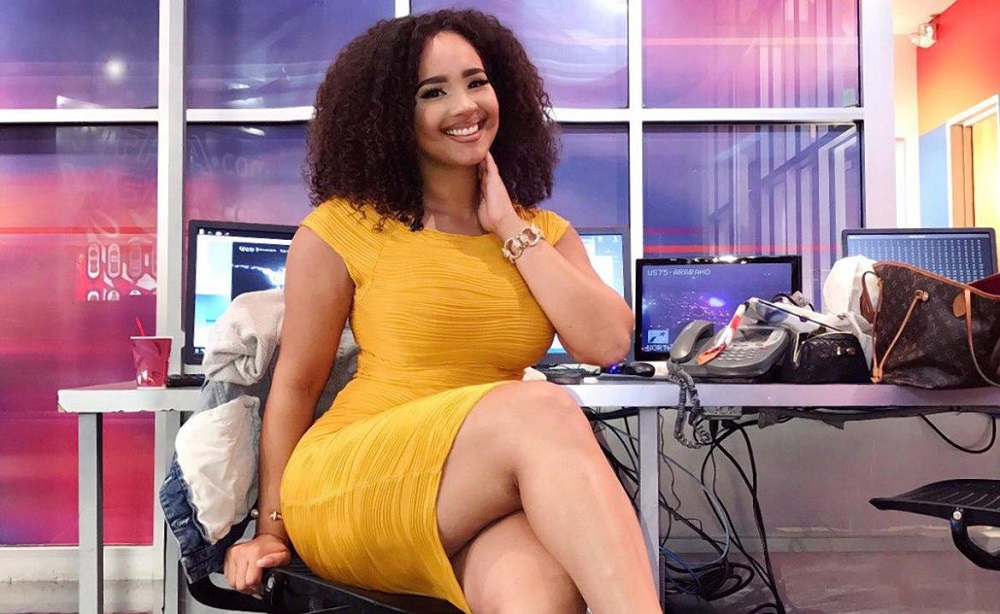 There are many narratives in the world. The way we view the people and things around us is based on our perception. The perception by which we choose to engage with our worlds becomes our reality, and from said reality, we tell the stories of our souls. Narratives are important. They reveal our depth or lack thereof. They reveal the issues of our hearts. They mean something. Yes, there are many narratives in the world and there is probably none more complex than that which pertains to black women’s bodies.

This week, an older white woman, for the shape of her body, publicly shamed a Dallas area reporter named Demetria Obilor, who is a black. The traffic reporter, who has a round bottom, an ample bust and “child-bearing hips,” was made a spectacle by a viewer because she didn’t like the way Obilor dressed her curvaceous frame. Jan Shedd, the woman who had something to say about the beautiful journalist, had a serious problem with Obilor. So much so that she took to Facebook to voice her consternation, and perhaps rally her troops, about what she clearly feels is a pressing “issue” in her community. 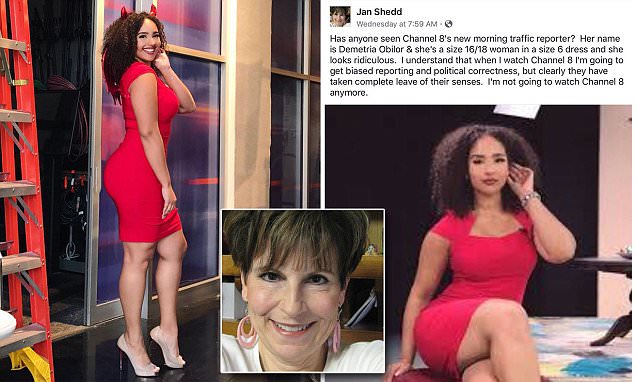 “Has anyone seen Channel 8’s new morning traffic reporter? “Her name is Demetria Obilor & she’s a size 16/18 woman in a size 6 dress and she looks ridiculous,” the post said. “I understand that when I watch Channel 8 I’m going to get biased reporting and political correctness, but clearly they have taken leave of their senses. I’m not going to watch Channel 8 anymore.”

Shedd’s whole paradigm speaks to a couple of recurring narratives in society. The first pertains to size and beauty. Obilor is not a size 16/18 (and if she were, so what). But to a woman who has clearly bought into the popular standard of what is attractive, worthy and acceptable, Obilor, who I guestimate is a size 10/12, is too big. In fact, the way Shedd complains about the woman’s looks gives the impression that she feels the reporter should be ashamed of her figure. This aspect of the situation speaks to the misguided beauty standards that women of all races and colors are expected to strive for. It’s bogus, it’s unfair, and it’s ridiculous; especially when it comes from another woman. The other narrative that Shedd’s rant speaks to is the way non-people of color view black women and our bodies.

It is a complicated, perplexing, and ultimately hurtful saga. History has shown that white people have both envied and vilified the voluptuous curvature that is black women’s figures. From what happened to Saartje,“Sarah” Baartman, the South African Khoikhoi woman whose large butt and breasts were on display for the whole world to see in the early 20th century thanks to white men who wanted to make a dollar, to today where white women pay crazy amounts of money to have the very features that Shedd criticizes, black women’s bodies have been made spectacles. In white people’s eyes, we are good enough to show off to friends for “kicks” sake and to be imitated, but when it comes to taking us seriously, the very fabric of our makeup and how we are fashioned together bothers them to no end. In this case, a white woman was mad at a black woman for not covering up her body because it probably made her look at herself and feel the same way that black women have been made to feel for decades – unworthy.

How nice it must be to have so little to worry about that you declare a protest against a TV station because the body of a black woman offends you. And how dare black women with curvy structures dress our bodies in flattering ways that enhance our looks? How dare we have the confidence to be proud of the way our bodies were created? Shedd’s privilege, mixed with bits of racism and public shaming is disgusting.

Her open call out of a black woman who was just doing her job has become commonplace for a certain segment of the white population who have become empowered to show forth their bigotry thanks to the current state of political affairs. From White House Chief of Staff calling Florida Representative Frederica Wilson an “empty barrel” to the countless comments made about Serena Williams, Michelle Obama and other powerful black women, publicly, unapologetically and proudly diminishing the efforts and successes of black women is trending. But even the hate that we receive when we are just trying to get our piece of the pie is not going to stop us from moving forward to even more success and even more power. That’s a narrative you can take to the bank.

As a community, women should be the greatest supporters of each other. But yet we allow the influences from the patriarchy of our society continue to make us miss the mark when it comes to showing love to our female counterparts. And when it comes to a number of white women, they are the biggest culprits of such nasty, hateful, and unwarranted criticisms of women of color.