Fishing simulations games have gotten very popular so it's no surprise to see that they have gotten into the gaming worlds online. Here are the top fishing sim games out there.
Read more
Movie News

Supernatural ended its 15 season run with Carry On, a very emotional episode that truly affected FangasmSPN in a two-part review that bids adieu to the SPNFamily's longtime friend.
June 1, 2017

Following in the footsteps of her famous big sisters, supermodel Kendall Jenner has signed a deal with a major athletic/fashion label. On Wednesday, it was announced that Kendall had officially signed a deal with international sports brand Adidas, which just so happens to also be the collaborating company on Kanye’s (Kendall’s brother-in-law) highly successful shoe and fashion line. This is Kendall’s first major promotional contract since the whole Pepsi debacle, where she inadvertently starred in one of the most talked about (in a bad way) TV commercials of 2017.

Early in the day on Thursday, the 21-year-old super model took to her Instagram page to share the big news. Playfully, Kendall posted a video of her driving around in a golf cart decked out in Adidas Apparel. Alongside the video, Kendall captioned, “officially joining the Adidas fam!”

While she officially announced the news of her deal with Adidas on Thursday, Kendall did hint at the impending partnership a few weeks back. On May 18th, the Victoria’s Secret model posted a throwback photo of her as a little girl wearing an Adidas branded shirt. Alongside the nostalgic photo, Kendall captioned, “Always been an OG.” 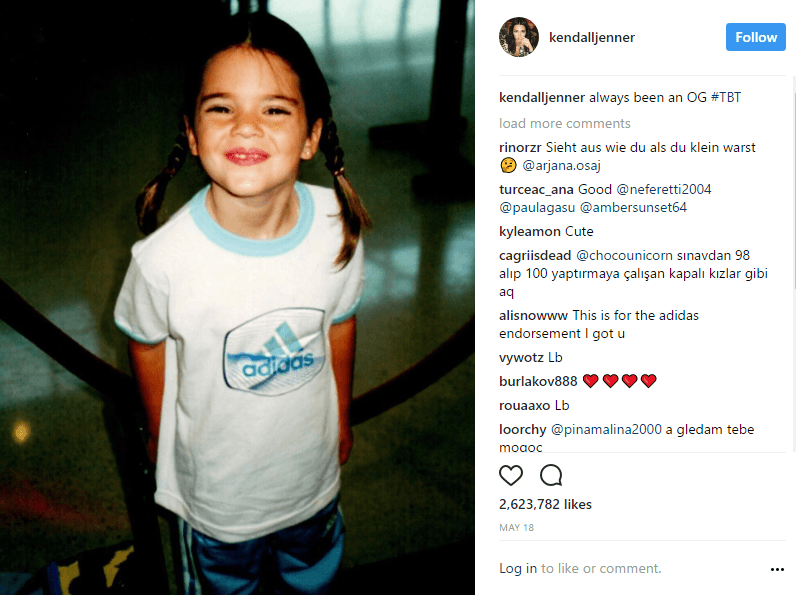 Nowadays, it is fairly common for big name models to sign deals with athletic brands. In fact, even Kendall’s own sister Kylie Jenner has a contract with one (Puma). In addition, Kendall’s good friends Bella and Gigi Hadid represent sports brands as well (Nike and Reebok, respectively). 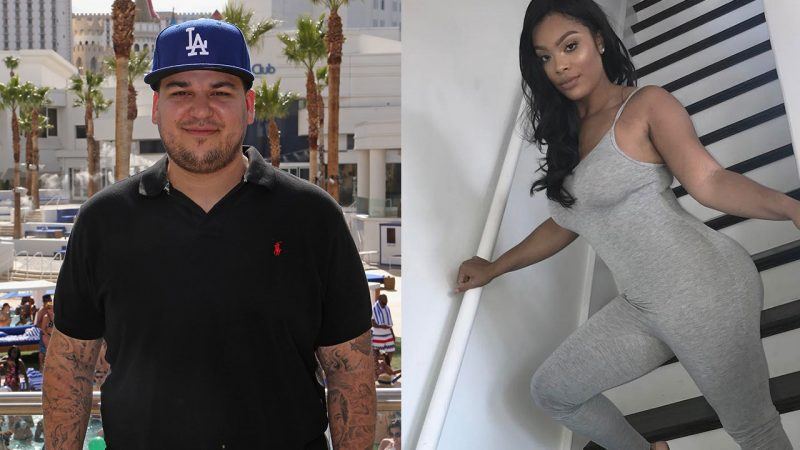 In other Kardashian-related news, yet another romance rumor has popped up involving a member of the Kardashian clan…and it is not Kim, Khloe, Kourtney, Kendall or Kylie. In fact, this most recent rumor involves their brother, Rob Kardashian, who has reportedly moved on from his baby mama, Blac Chyna.

According to several media outlets, Rob is casually seeing 26-year-old Mehgan James. You may recognize her, as she has appeared on several seasons of VH1’s Bad Girls Club. In the most recent issue of US Weekly, a source close to Rob discussed some details about his supposed new beau. The source told the tabloid publication, “[Mehgan’s] matured and will be a good fixture in Rob’s life should [their relationship] continue.”

Based on the most recent episodes of Rob’s family’s show Keeping Up with Kardashians, it wouldn’t be surprising if it turns out that Rob has finally decided to try something new. In last week’s episode of KUWTK, Rob confessed that he “honestly couldn’t remember” that last time that he had spoken with his former beau, Blac Chyna.

However, as we have learned over the past few years, things are constantly changing when it comes to Rob and Blac Chyna’s relationship status. Therefore, only time will tell if Rob has actually decided to move on with Mehgan or if this rumor is merely a blip on the radar. 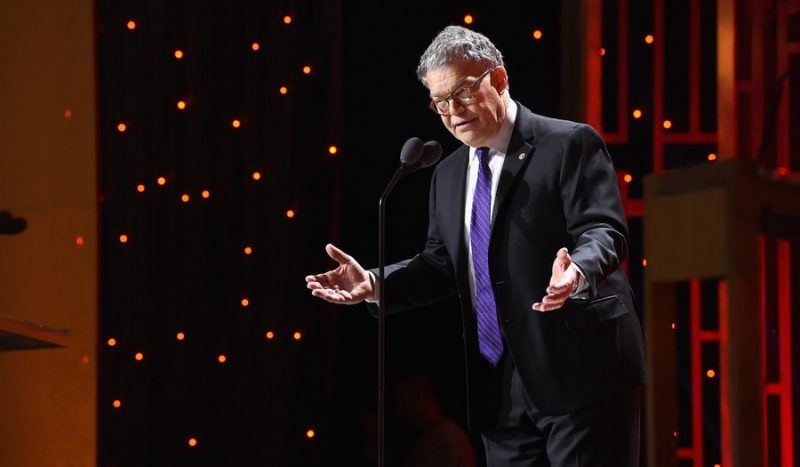 When he was running for US Senate in 2008, Democratic candidate and former “SNL” writer and star Al Franken and his minder Kris Dahl played a prank on a political rival.

The pair devised a plan to foil a Republican staffer who’d been dispatched to film Franken at public engagements, by inventing a tedious, never-ending debate about the purchase of a pullout bed.

“Every time we got out of the car, we’d pretend we were in mid conversation,” Franken writes in his new book, “Al Franken: Giant of the Senate.” “Kris would emerge from the driver’s side first. Stepping out of the passenger side, I’d say, ‘Kris, I don’t know why you don’t just buy the pullout couch.’ ”

Over the course of many campaign stops during the Minnesota election, the two debated the merits of the imaginary furniture in front of the spy, known as a “tracker.”

Franken recalls, “My fervent hope is that some Republican staffer had to spend two years of his or her precious life transcribing hundreds of hours of me trying to persuade Kris Dahl to get a pullout couch.” 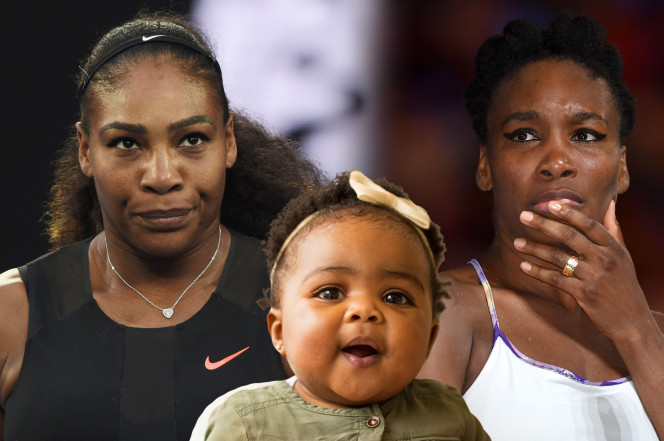 Venus Williams may have accidentally revealed the sex of Serena’s unborn baby.

During a French Open television interview with Eurosport on Wednesday, Venus used the term “she” when referring to the child, who is due later this year.

When asked how she wants the new baby to address her, Venus, 36, didn’t hold back.

“She’s going to call me favorite aunt,” she quipped. “Of course it’s like every day we’re like baby V, baby Isha, baby Lyn. We all want the baby to be named after us.” 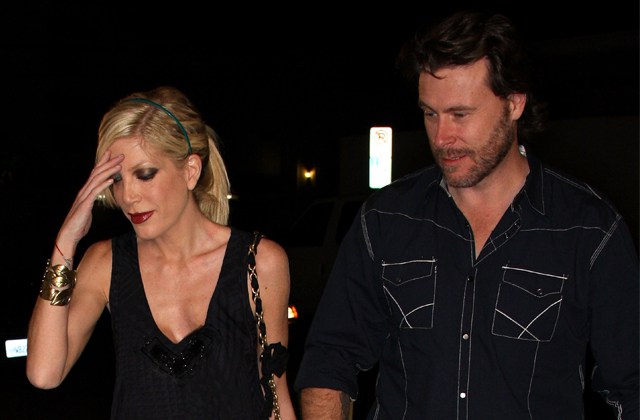 According to court documents obtained by E! News, City National Bank obtained a $220,000 default judgment against the couple after they missed a court appearance last week. The bank is suing them for allegedly failing to pay back a $400,000 loan from 2010.

The bank was seeking approximately $205,000 from the couple stemming from the unpaid loan, as well as $17,000, which Spelling allegedly overdrew from the account.

The pair’s money troubles have been aired publicly for over a year now. Spelling was sued twice in 2016 by American Express for allegedly failing to pay her balance. The first time was for a $37,981.97 bill and the second was for $87,595.55

Then in July 2016, they reportedly had a $259,108.23 tax lien placed against their property by the state of California stemming from unpaid taxes in 2014.

To top it all off, McDermott’s ex-wife Mary Jo Eustace took him to court claiming he had failed to pay child support on their 18-year-old son.

Spelling and McDermott — who wed in 2006 — have five children together, the youngest of whom was born in October 2016.

Supernatural's final episodes has gotten a slew of press coverage with Jensen Ackles, Jared Padalecki, Misha Collins and more. We break it all down for you.
Read more
Celebrity Gossip