Home All News Celebrity Gossip Will Lamar Odom Be A Wake-Up Call For Scott Disick? 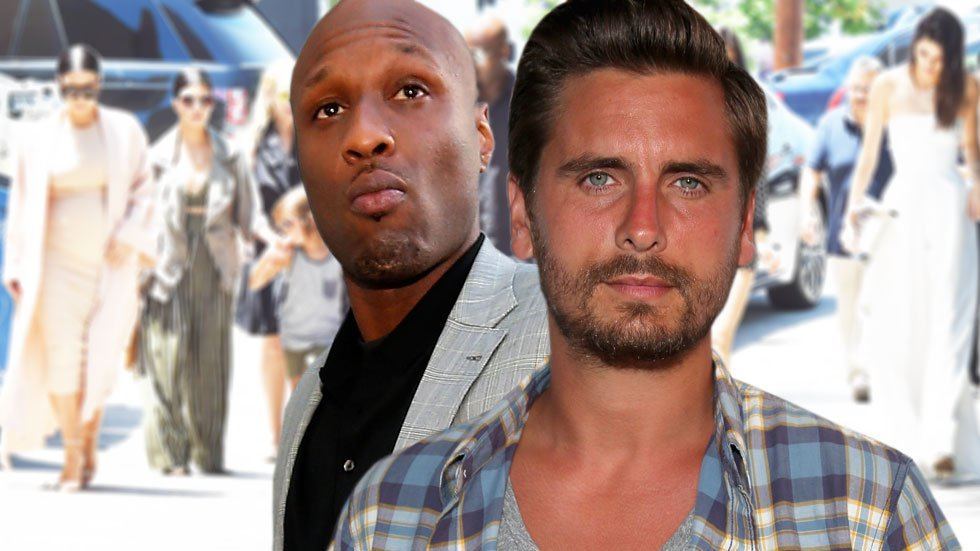 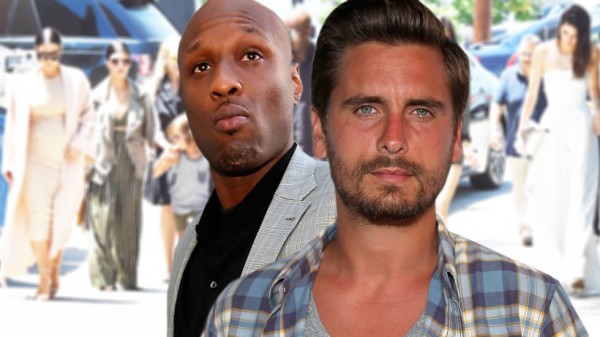 Friends are wondering if Lamar Odom‘s fight for his life will be a wake-up call for “Keeping Up with the Kardashians” star Scott Disick, who’s been reportedly on a serious downward spiral since his break up with Kourtney Kardashian. Several media outlets have reported that he has been suicidal and very erratic while mixing cocaine with alcohol and prescription drugs during the past few weeks.

Sources are already claiming that friends have been trying to create an intervention situation to hopefully avoid what has happened to Odom as they feel Disick is already well on that path already.

Hollywood Life has claimed that Kourtney is very concerned for her ex. They’re source said that the situation with Lamar has frightened her and has also shown her that she needs to get him help somehow. If not, her children could grow up without a father, which is the same probability now with Odom’s children.

Another source has said that they hope by Scott seeing Lamar in the hospital bed attached to the machines giving him life this will be the wake-up call he’s needed for some time.

Lamar Odom was found at the Love Ranch brothel by two women he was partying with, Ryder Cherry and Madison in an unresponsive state after having not been seen by workers for nearly nine hours. The brothel called 911, and Odom was stabilized before being taken to the Desert View Hospital. He initially was to be transported to Sunrise Hospital but due to his stature could not fit in the helicopter, so he was taken via ambulance to a Las Vegas hospital. Sources with the hospital have already said that the time lost by him having to be brought by ambulance may “affect his outcome.”

The Love Ranch owner, Dennis Hof, says that the 35-year-old Odom was staying with him at his house, which is attached to the brothel, over the weekend. Odom reportedly told Hof that he “wanted to get away from everybody, wanted to have fun.” He was found by two women who say “terrible stuff came out” of his mouth when they turned him over. The ‘terrible stuff’ was a mucous like fluid that came from both his nose and mouth. No one has stated how long Odom was unconscious.

Hof said Odom had been taking herbal Viagra and had drunk part of a bottle of cognac since arriving, but had no knowledge of his use of any other drugs. An employee from Odom’s management company was sent to pick up Odom’s backpack and cellphone, Hof also said.

Reports abound about Odom’s condition with some claiming he is brain dead after being unconscious for a period of time. Lamar’s father, Joe Odom, believes that whatever happened to his son was no accident because despite what he was going through, he wouldn’t do anything to end his life.

“Somebody drugged my son. There’s no way he’s down there partying crazy like that. No way. I knew something was wrong because I’ve been calling him all day, and he hasn’t been answering.”

There is no doubt that Joe Odom’s emotions are all over the place. He and his son have had a somewhat complicated relationship in the past, but that, of course, does not lessen the sting of possibly losing him.

“I’m depressed right now — this is messed up! What can I do right now? That’s my son. I’m really hurt right now. This is the first time I’m hearing about it. Let’s give this some time. I pray that he will come out of this.”

Joe continued on asking Lamar’s fans to pray for his son and urges anyone, including Khloe Kardashian, to come forth if the know anything about what happened.

“If Khloe knows anything about this, please, tell her to call me. We all love Lamar and want him to pull through this…”

Khloe Kardashian along with Kris Jenner are reportedly heading to Las Vegas with Rob Kardashian at this writing. She and Lamar’s break-up is also being considered a contributing factor to the events that lead to this situation by his family.

Just two months ago, the media painted Lamar as an addict who stalks his wife and who has trouble moving on. During an encounter caught on tape, he was seen “ambushing” Khloe at an early morning workout.  After that situation, she supposedly said that all she cares about is his getting better because she was concerned about his well-being.

This is all a grave misfortune as Lamar has two children, Destiny, and son Lamar Jr., who look to him for support and love and a lot of years ahead with him. There has been no official diagnosis of his condition, but sources are already saying it will be a surprise if Odom makes it through the week. There has also been no word on what Nevada Sheriff’s detectives found, if anything, at the scene.

To make matters worse for the former basketball player, two of his close friends died also died this year. In June, Jamie Sangouthai, Odom’s best friend, died at age 37 due to a drug-related bacterial skin infection, and just days after Sangouthai’s death, Bobby Heyward, died of a reported drug overdose.

In a statement to CNN, Lakers spokesman John Black reacted to Lamar Odom’s hospitalization on Tuesday, Oct. 13. “We are aware of the reports but have no information to share at this time,” Black said. “I am not aware of any of our players being in contact with Lamar.”

Odom played for four teams during his 14 seasons in the NBA and was the Sixth Man of the Year for the 2010-11 season. Odom was drafted by the Los Angeles Clippers in 1999. He played four seasons there before signing with the Miami Heat. He was traded after one season to the Lakers along with several other players for Shaquille O’Neal.