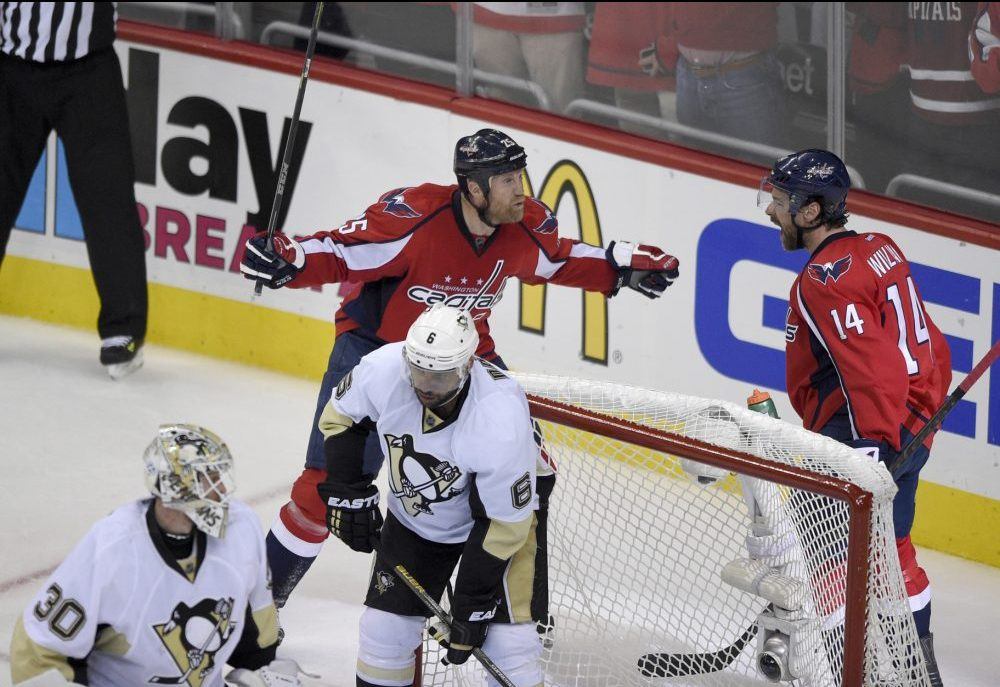 The Washington Capitals suffered a devastated series loss on Tuesday night. Facing elimination in Game 6 of the second round of the 2016 NHL playoffs, Washington lost in overtime to the surging Pittsburgh Penguins. The result sends Pittsburgh onward to the Eastern Conference Finals, where they are favored to beat the Tampa Bay Lightning. Washington, on the other hand, are left to ponder what it takes to bring a championship to their city.

The Capitals enjoyed a tremendously successful regular season that saw them tally 120 points in the standings, easily the most of any NHL team in 2015/16. They were considered locks to win the Metro Division well before any of the other divisions were even close to being settled. However, Pittsburgh really came on strong to close the regular season, and the Pens did post two victories over Washington directly in the weeks ahead of the playoffs. Perhaps those wins hinted at the playoff victory that the Pens just secured.

Alex Ovechkin will surely take some heat for the loss, but it might be heat that is unwarranted. He was effective offensively in the series and in the post-season in general in 2016. With 5 goals and 7 assists in 12 games, there was nothing weak about Ovi’s play although some will surely say that he’s just not the right guy to lead a team to a Stanley Cup. After all, he has been a part of numerous post-season flops with the Capitals over the last decade now.

“Every year, there’s lots of expectations, lots of great players, but something we’re missing,” Ovechkin said. “This group of guys can do better and bigger than just the second round. We have the best goalie in the League, we have a solid group of guys on the defensive side, and all four lines can play well. You can see it. We just didn’t execute when we had a chance to put the puck in the net.”

Maybe what they are missing is the right coach and, when it comes to individuals, the biggest loser of the series is undoubtedly Barry Trotz. The Head Coach of the Capitals has been coaching in the NHL since the late 1990s, and he has never seen the conference finals. In Nashville, that was acceptable as he served long term however the Washington franchise has bigger expectations. When your goal is to win the Stanley Cup where do you go with a Head Coach that has some stellar regular season credentials, but none that are significant in the post-season?

On the flip side of the coin, Mike Sullivan is a major winner in this series. Interim status aside, here’s a guy that went nearly a decade between head-coaching gigs. After taking over a struggling Pittsburgh team early in 2015/16, he turned the franchise around and now has a club in the Conference finals with a better shot to win the Stanley Cup than any other team alive in the playoffs at this point. Unquestionably, the series win over the Capitals will guarantee Sullivan consistent work as a Head Coach (or better) for many years to come.

For players, Matt Murray is the one whose reputation improves the most with the victory over the Capitals. The 21-year-old has come out of nowhere this season to enter the picture when it comes to Conn Smythe talk. Writing ahead of Game 6 between the Pens and Caps John Matisz of the Toronto Sun stated the following:

“Without question the story of these playoffs, Matt Murray is making a great case to be in the running for MVP hardware if the Penguins can make a deep run. The rookie netminder’s numbers were a tick lower than those of Braden Holtby, his second-round counterpart, and the likely Vezina Trophy winner, heading into Tuesday’s Game 6.”

But with Holtby’s Capitals eliminated, so eliminated is Holtby from Conn Smythe discussions. Murray, as the netminder for the Stanley Cup favorites (bet365), now has a better chance than most to win the award.

The second round of the Western Conference remains to be settled as Dallas, St. Louis, San Jose, and Nashville all prepare for game sevens. The NHL has not yet released the schedule for the Eastern Conference finals. Pittsburgh had a better regular season record than Tampa Bay so that means the Pens will host Games 1 and 2 of the finals.