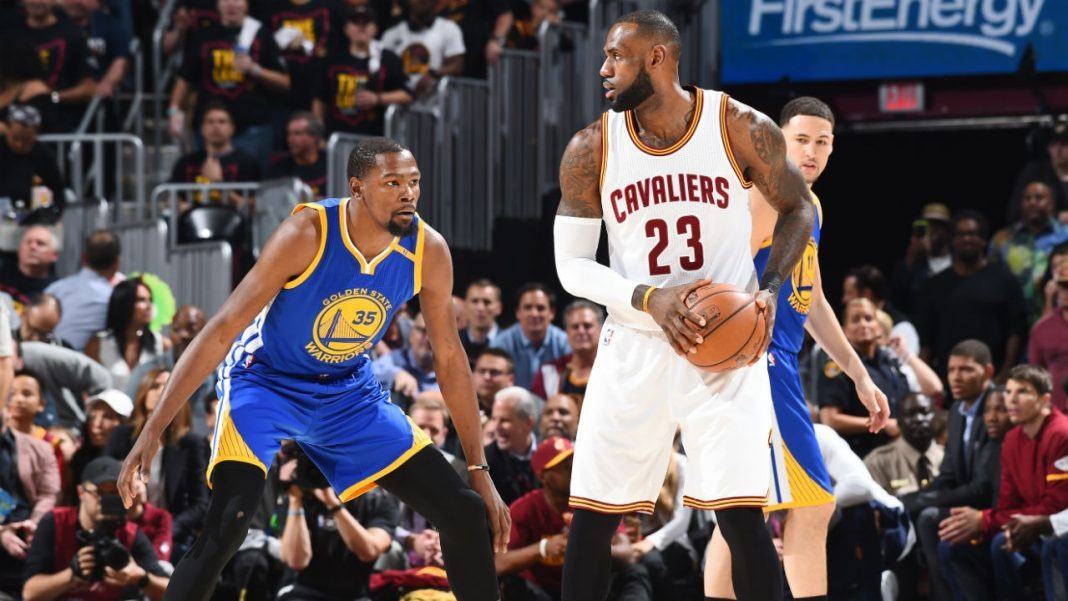 It looks like the Golden State Warriors have worn down the Cleveland Cavalier and have only one victory left to claim yet another title. Not just the one to prove them as NBA champions. This is the one that proclaims them as the best team ever.

The Cavs were leading for much of the second half, but everything fell apart in those final closing seconds of Game 3 of the NBA Finals pushing the Warriors one step closer.

Kevin Durant, Stephen Curry and the rest of the Warriors will be able to make that boast if they win Friday to complete the most impressive postseason run in major sports history.

They moved to the brink of that with a 118-113 victory over the Cleveland Cavaliers on Wednesday in Game 3 of the NBA Finals. The Warriors are 15-0 and can finish off the NBA’s first perfect postseason with a victory here in Game 4.

Combine that with last year’s 73-win season, and a second title in three years – which could have easily been three consecutive championships – and foundation of the case has been made.

The Cavaliers are no match for these Warriors, not even with arguably the best player on the planet in LeBron James. Golden State’s only competition is with Shaquille O’Neal and Kobe Bryant, Michael Jordan and the Bulls, and other great teams from the past.

None won as dominantly as this team, which has four versatile All-Stars – including two former league MVPs – in their prime. These aptly named Warriors spent the last two months building big leads, then Wednesday wiped out a late deficit.

Some people may argue their greatness, but James won’t.

The Warriors thought they were carving out their place in history when they set a record with 73 wins last season. But history turned to infamy when they blew a 3-1 lead to the Cavaliers, the biggest collapse in NBA Finals history.

They spoke openly of their desire to beat Jordan’s 72-win team in 1996, but this time have downplayed the importance of 16-0.

“We obviously know how hard it is to win a championship, what all goes into it and how important each game is. And now that you can look ahead to Friday, all our focus is on that,” Curry said. “And just we obviously – we want 16 wins; it doesn’t matter how we get there. But now that we’re in this situation, why not take care of business and finish the job?”

They were winning by 16.9 points per game through the previous 14, which would easily be another NBA record. And when they finally got a close one, they showed why their roster is the envy of just about every other team, with the long-range shooting of Durant, Curry and Klay Thompson, and the defensive wizardry of Draymond Green and 2015 NBA Finals MVP Andre Iguodala.

“They’re definitely a different team than they were last year that’s definitely in full effect that we’re all fully aware of,” the Cavs’ Kyrie Irving said.

That’s mostly because of Durant, the former NBA MVP who signed with the Warriors in July. Curry, winner of the last two MVP awards, is fully healthy after struggling through last year’s Finals.

Neither will turn 30 until next year, while Thompson and Green are only 27. Should the Warriors stay healthy and together – and it would cost them enormously in salaries and taxes – they should be a title threat every year.

They very easily could be playing for a third straight championship.

They look ready to play for many more.

“Just the combination of offense and defense, the talent that they’ve been able to amass, it puts them in position where this is a dynasty to me,” ABC analyst Jeff Van Gundy said before the NBA Finals. “They have their youth; they have their health. I see nothing preventing them from going to eight to 10 straight Finals. It will be a massive upset, I think, if they’re not there each and every year.”