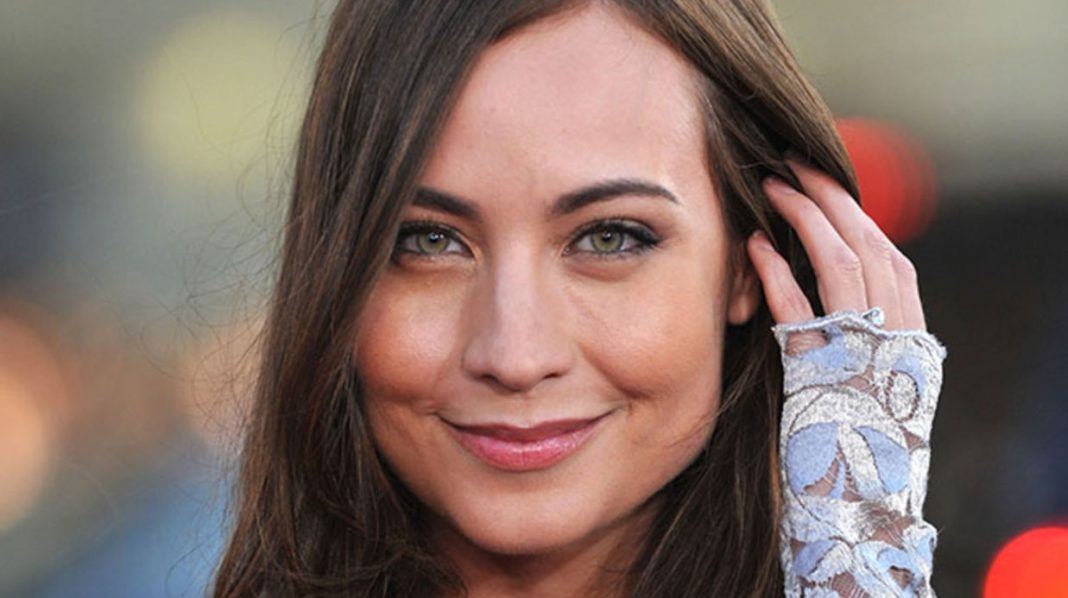 Supernatural Season 12 may be over, but the interviews certainly are not! I was able to catch up with Courtney Ford, who played Kelly Kline, the mother of Lucifer’s son. She had a juicy reoccurring role in this season, and I quite liked her character.

She’s also appeared on Big Bang Theory, Castle, True Blood, Dexter and Parenthood just to give you an idea of how busy she is.

Don’t forget to e-mail me any ideas or suggestions that you may have for avid fans or artists; I missed last week’s post because I fractured my ankle, but I had surgery and am able to get back to Supernatural business. 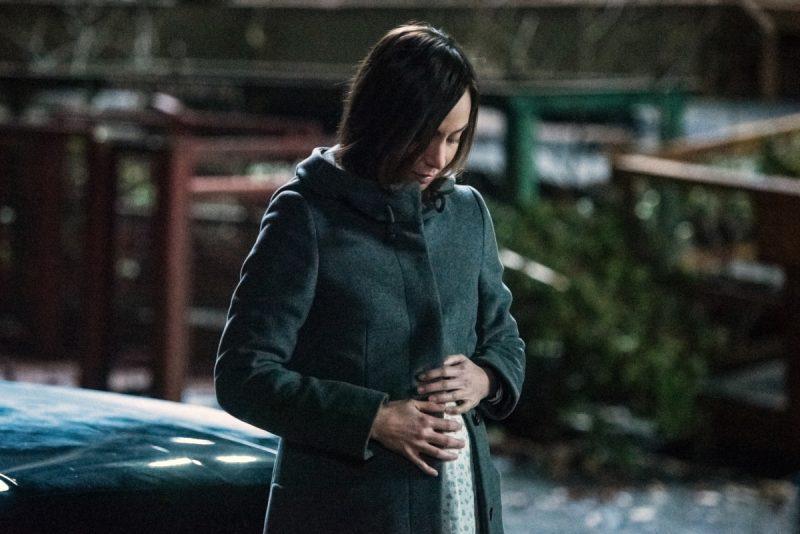 Why do you think Kelly chose the name Jack for her son’s name?
There was a bit more to the IKEA crib scene when we originally filmed it. There was a line in there about Kelly wanting to name the baby “Jack” after her father. Misha also added a joke about the Allen wrench, which I was sorry to see go. Misha so expertly finds the humor in the small moments that Cas approaches with such seriousness, it’s hard to keep a straight face. 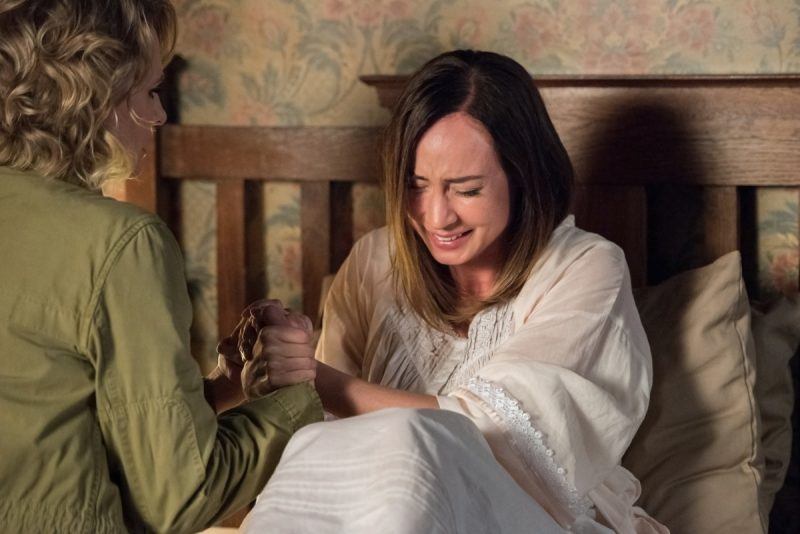 What was your favorite episode to work on?
I had such a great time during season 12; it’s hard to pick a favorite. Episode 19 (The Future) was a big episode for Kelly, and I will forever appreciate the fearless and collaborative directing style of Amanda Tapping. It was a bit of an emotional roller coaster, and definitely the most challenging, but also a ridiculous amount of fun. Driving Baby was a thrill, and the four of us (Jared, Jensen, Misha and I) were together a lot. The scene outside the motel, right before I steal Baby, I don’t know how we got through it. That was the day I discovered you could get a Charley horse in your face from laughing. 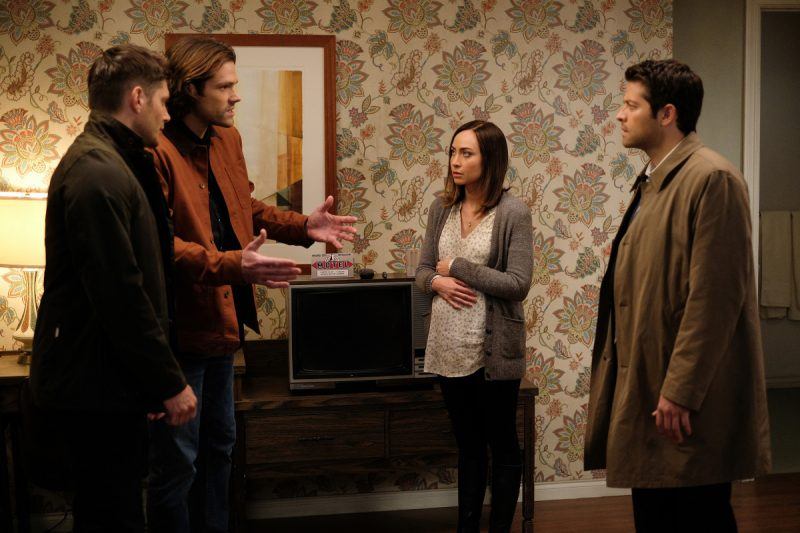 When you accepted the role of Kelly, did you know she would play such a large part in the season?

No. All I knew was that the role was a recurring guest star, and the character was in a romantic relationship with the President of the United States. I came into the audition thinking she was likely a demon or had some sort of dark intentions to manipulate the President for Lucifer, more like a Dagon I suppose, and the producers said, no, no, no. They revealed that Kelly was mortal, the President was a widower, and their relationship was real. I remember thinking, “oh sh*t!” and silently kicking myself for having the exact opposite interpretation, but there’s no time to dwell in an audition. I just threw everything out, hit “delete” on the Kelly file I had in my head,  did some split second recalculating, then presented her very simply. The woman who snapped into focus for me in the room that day had a kind heart, good intentions, a strong relationship to her faith, and happened to be very much in love. That’s it. I had no idea what kind of journey they had in store for her. 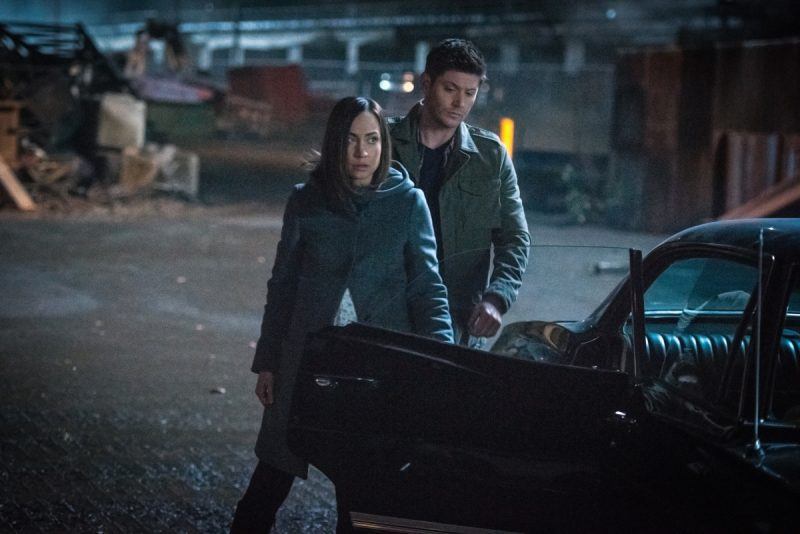 Tell us about the one scene on the road where Kelly thinks she’s going to the doctor’s office but is pulled away by Dean? (A favorite for many Dean fans, including me ☺)

I remember Jensen coming up before the scene- he wanted me to know just when he was going to come out from around the corner, so I wouldn’t be freaked out (as an actress) when he grabbed me. That was incredibly considerate, and I told him I appreciated the his concern, but to please not let me know! I wanted to be genuinely surprised! I promised him that I was cool with however it went down as long as it read well, and I think it did. I naturally startle easily, so what you see is my reaction in the moment to him sneaking up and grabbing me.

One of the theories bandied about is that the Castiel that came out of the alternative universe wasn’t our Castiel; what are your thoughts? Do you have any theories on how Cas comes back?
I don’t have any theories, but I do know that on a show like Supernatural, a character’s death doesn’t necessarily carry the same kind of finality that it would on other shows that don’t have that err, supernatural element :)

What was the hardest scene for you to do? (Emotionally or physically.)
The suicide. As Kelly sliced her wrist, she knew she was killing her baby. I think that’s why her “I’m sorry” came out the way it did. Kelly’s love for her child was so complete,  that to override her motherly instinct to protect her child at any cost, or make herself believe that killing herself and him was the better choice, to have to make a choice like that… the grief was overwhelming. I still don’t like to think about it. Once again, Amanda Tapping was my rock. 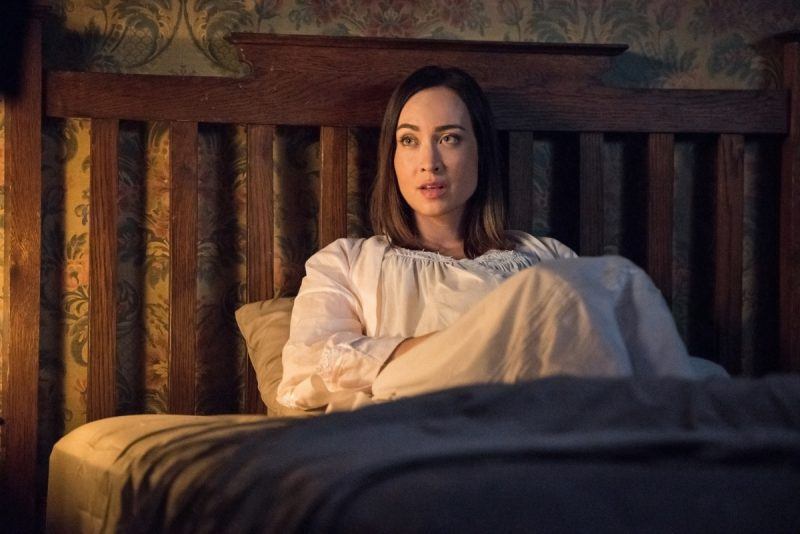 What was the funniest thing to happen on set?
The funniEST? Impossible to pick just one moment. A few things stand out in my mind: The first take of Jensen’s reaction to having to catch a flaming Bible in a trash can. Jared does a pretty good reenactment. That same scene had a moment where Misha urges me to place my hand on the Bible because he knows it will burst into flames, convincing me that the baby I’m carrying isn’t human. He had to hold the book crotch-level for the shot, and his line was this somber, “put your hand on this.” It was just the incredibly serious way he kept saying it… the four of us were giggling like immature idiots. The problem was, it was 2 or 3 in the morning, we were in danger of going into overtime, it was down to my closeup, and I just couldn’t keep it together.  Eventually, Misha saved the day by bringing the book into the shot, but not saying the off-camera line, effectively sparing me. It’s the joking off-camera, to instantly serious quick change, that is the recipe for disaster for me. In 19, we had to burst out of the motel room door for that intense walk-and-talk, and I could barely look anyone in the eye because of whatever we had been joking about moments before. Same with the night of the post-Dagon fight at the Sandbox in the park. I thought Kevin (the 1st AD) was going to kill us.

Were you a fan of Supernatural when you auditioned?
I had never seen it! Please don’t judge me! 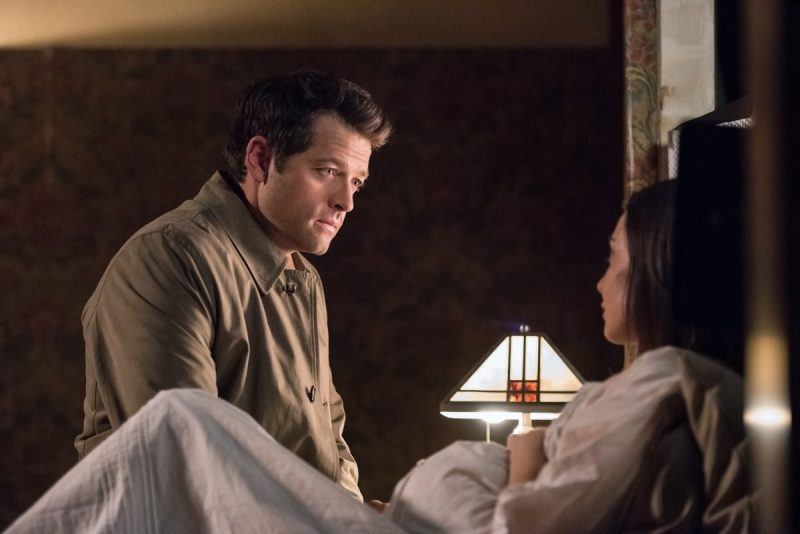 What do you have in common with Kelly?
Aside from the total devotion and all-consuming love we both have for our sons, not a whole lot. I am naturally a very skeptical person, and Kelly has unwavering faith. There were moments where it was a bit of a challenge to connect to her point of view sometimes because our temperaments are quite different. I appreciated her gentleness. I suppose we could all use a bit more of that in our lives and with each other these days. 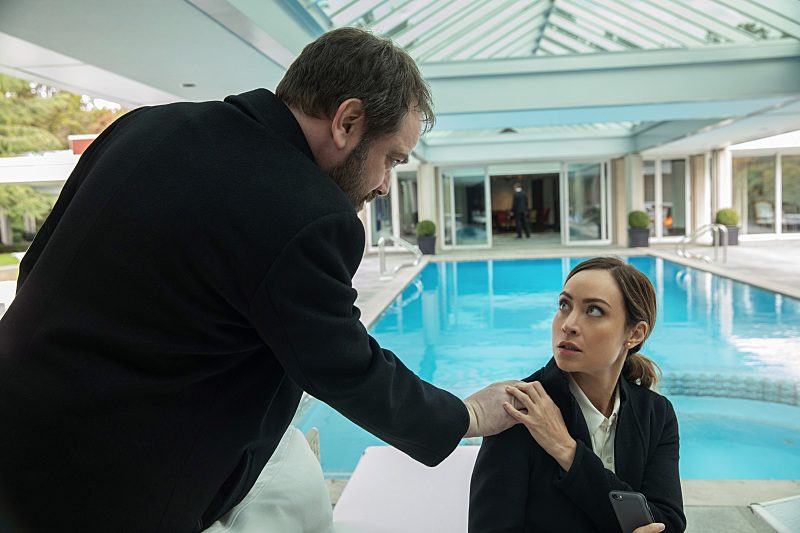 Tell us about your background, how did you become an actor?
I studied Method Acting initially, then found a lot of very helpful tools using Andrew Magarian’s moment-to-moment techniques. I had all the usual day jobs. I delivered pizzas, waitressed, was a character entertainer for children’s birthday parties. My first job was as an extra, then one-line day player parts, guest stars, then recurrings, and so on. My intention is to tell the truth of any character I play, and to make the most out of every experience, always pushing myself to learn and improve.

What can you tell us about being on Big Bang, which is filmed for a studio audience; what can you say about the differences and the similarities between that and something like Supernatural?
Big Bang was great. Performing in front of a live studio audience can be very intimidating, but Chuck Lorre was incredibly kind to me, and Johnny Galecki was beyond supportive. I was surprised by how nervous I was during tape night, because I had done theater and loved every minute, but I think there is something about the hunger of a sit-com audience, knowing that they came to laugh, that can feel a little overwhelming. I can feel the give and take, the rhythm, the breath, the exchange with the audience during a play, in a way that I haven’t yet gotten comfortable with once you add the pace and expectation of live comedy. I’ve done it several times, but it’s always with a feeling of jumping out of a plane and hoping I don’t die. A drama like Supernatural that also allows for some great comedic moments, is probably where I’m most comfortable. As a viewer, I’m a big fan of both, but I do see that I tend to gravitate towards more serious roles. Maybe I should shake things up more often!

Do you have any upcoming projects you can share?
I have a small film called August Creek coming out next year. There’s a Supernatural connection there: Elizabeth Blackmore (Lady Toni) and I play sisters! My character is a military widow struggling with her grief, and the conflicting emotions that the chance for new love brings. Another serious role, surprise, surprise! :)