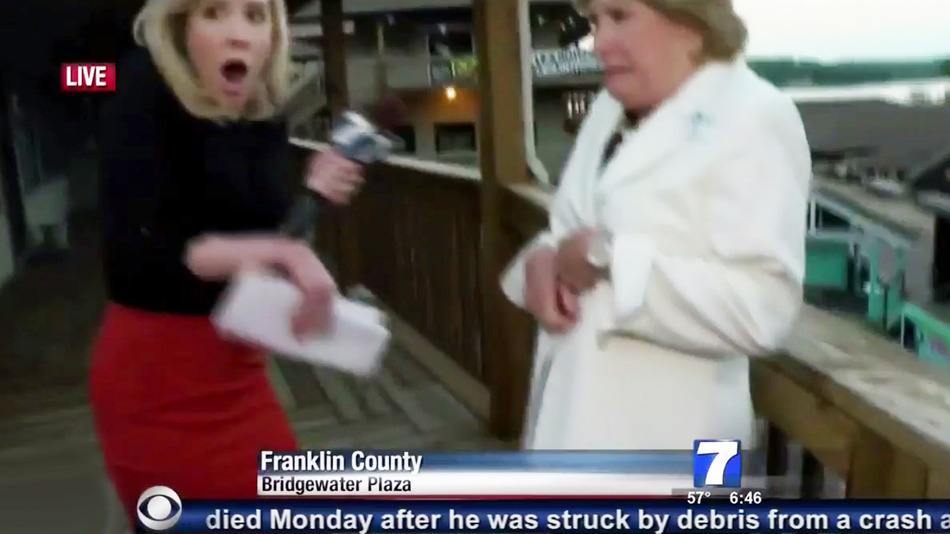 The hump day grind is real and there are a lot of things going on right now in the world around us. Virginia people were shocked when a reporter from a local news station was shot during a live newscast, and Easy E’s son blames Suge Knight for his father’s death. 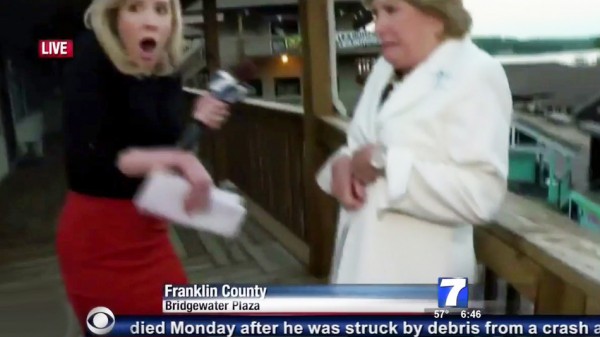 No one gets up in the morning and heads out to work thinking, “Hmmmm, hope no one shoots up the job today.” More so, no one should worry about these kinds of things either. The unedited video is just below, but it’s shocking so you’re warned.

In a story that is still developing, two members of TV station WDBJ, Alison Parker and Adam Ward, were killed this morning during a live broadcast segment. The suspect is 41 year old “disgruntled” former employee Vester Lee Flanagan who reported under the name Bryce Williams.

Details are still forth coming but from what we know his was upset about racial comments made to him by Parker (according to Flanagan’s 23 page manifesto) and at the fact that Ward complained about him to HR after working with him one time.

As of this writing, the latest report is the shooter has died from a self-inflicted gunshot wound after taking police on a high-speed chase.

It is clear that he’s been planning this for quite some time as not only did he write his manifesto, he filmed the killing with a go pro, posted to social media (he actually posted the video) among other things. 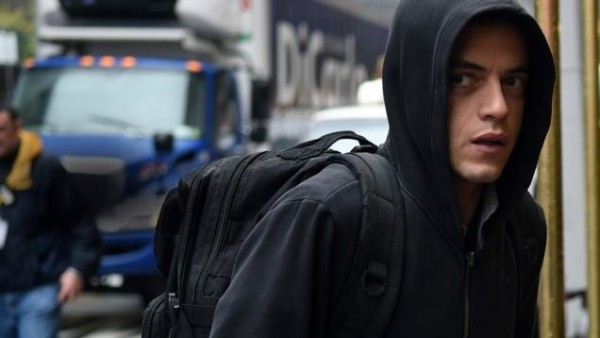 USA has postponed the season finale of the brilliant “Mr Robot” because there are similarities between the episode and the tragic events that occurred on Wednesday.

“The previously filmed season finale of Mr. Robot contains a graphic scene similar in nature to today’s tragic events in Virginia. Out of respect to the victims, their families and colleagues, and our viewers, we are postponing tonight’s episode. Our thoughts go out to all those affected during this difficult time,” the network said in a statement.

The scene in question from the finale of the critical hit depicts an individual sustaining a fatal gunshot wound during a TV interview – similar to the way reporter Alison Parker was killed on live TV while conducting an interview for WDBJ, the CBS affiliate in Roanoke, Virginia. Photographer Adam Ward and Vicki Gardner, the individual who was being interviewed by Parker, were also shot. Ward died from his injuries, while Gardner is in stable condition after undergoing surgery. The gunman, former WDBJ employee Vester Lee Flanagan II, shot himself after the attack and died of his injuries at a nearby hospital.

Instead, USA Network will repeat the season’s penultimate episode and air the finale Wednesday, Sept. 2 at 10 p.m.

This is hardly the first time TV shows have had to delay episodes due to violent content. The season three finale of Buffy the Vampire Slayer, which featured a high school shooting, did not air until two months after it’s scheduled airdate because of the April 1999 Columbine massacre. 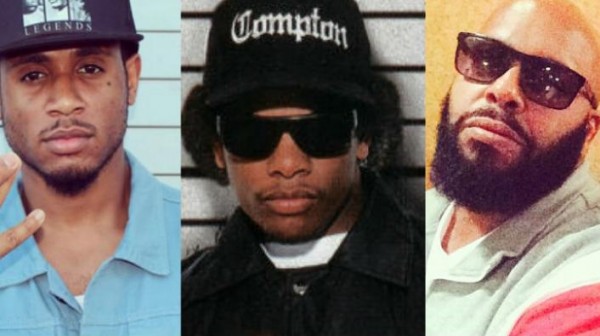 There is no doubt with all of the controversy surrounding the mega hit movie Straight Outta Compton, some of the other controversies that have been raging for years have resurfaced. One of the biggest conspiracy theories we have been hearing since the death of Easy E twenty years ago is that he was killed by rival record exec Suge Knight. Now Eazy’s son is saying it’s true.

Yung Eazy, an aspiring rapper, has voiced his thoughts about what really happened to his father, who died of AIDS in 1995.

“I’ve been known my pops was killed. His death never added up two what ppl have always said maybe they think we’re idiots blind to the truth idk…”

He goes on further to reference a part in the movie where Eazy didn’t start showing any signs of sickness until after an altercation with Suge Knight. The real cause of Eazy’s death is further brought into question thanks to a clip from a 2003 Jimmy Kimmel Live! interview with Suge Knight were he alludes to injecting the rapper with AIDs as a way to get rid of someone without getting in trouble. 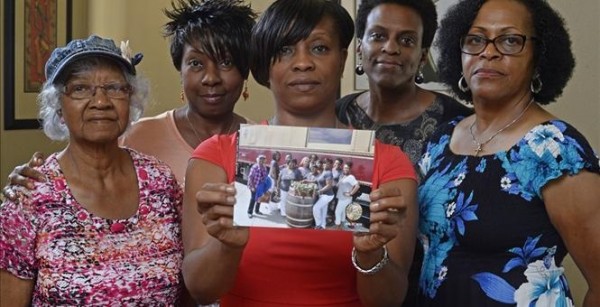 By this time, we have all heard about the reading club that was kicked off a Napa Valley Wine Train tour. As the story goes, the Sistahs on the Reading Edge group were escorted by police off of the train after other riders and employees of the tour company accused them of being too loud, unruly and confrontational during the excursion, which of course, included wine and food.

Eleven women were escorted through the entire size car train, a humiliating experience and met by police at the St. Helena top on the tour. Now, even with the CEO offering a second more sincere sounding apology Tuesday, Sistahs’ member Lisa Renee Johnson feels it’s not enough. And honestly, I don’t blame them.

“He started out apologizing and said he truly wanted to hear our story, but it feels like the spin machine is in play… “He talked about how his staff had been traumatized by the last few days, made to look like something that they’re not. And I told him, ‘Well, that’s exactly what you did to us — painted us as something that we’re not, by saying those things about us on your social media.”

Johnson goes on to say that since the apology didn’t come until after they hired Sam Singer, a San Francisco crisis communications specialist, she and the other members of Sistah’s are unmoved.

This is a very interesting story and one that serves as an example of what companies are willing to risk when it seems that they are targeting a certain group of people. Yes the CEO took full responsibility saying that they did not handle the situation correctly, but. Only after painting these women on their social media pages as ghetto, rude and mean. Napa Valley Wine Train was petty, displayed a total lack of customer service and more than that, a gross lac of customer care. And as for the offer give be the CEO for a free tour for up to 50 people, Johnson said,

“We have no interest in going on the Wine Train to ‘be as loud as we want to be,’ because that was never our intention.”

An apology is nice, but in situations like this, it takes some more than a free ride to make it better.