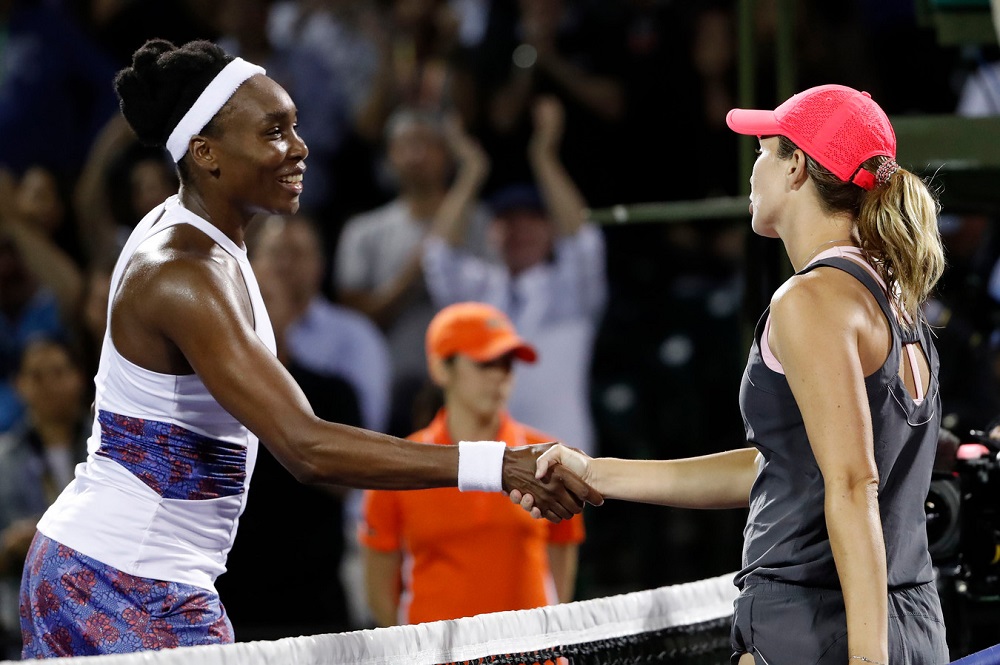 It only took one hour and 29 minutes for Venus Williams to best knocked out of the 2018 Miami Open by 93rd ranked two-time NCAA champion Danielle Collins.

Even more bittersweet is that Collins’ favorite player, for as long as she can remember, has been Venus Williams.

Clearly, she wasn’t star-struck when facing her idol.

Collins got the biggest win of her pro career Wednesday night, shocking the eighth-seeded Williams 6-2, 6-3 in the Miami Open quarterfinals. Collins needed to survive two qualifying matches before making the main draw at Key Biscayne, and will now meet sixth-seeded Jelena Ostapenko in Thursday’s semifinals.

“The first time I saw Venus in the locker room, I nearly cried,” Collins said. “I mean, I’ve idolized her my whole life. She’s been my favorite player for forever. This is such a special moment; I’m just trying to wrap my head around it.”

Collins topped U.S. Open finalist Madison Keys earlier this month at Indian Wells and made a much bigger statement with this win. She threw both fists into the air when Williams couldn’t handle a serve on Collins’ second match point, and even the three-time champion at Key Biscayne gave her a big smile when they shook hands at the net.

“I’m just starting to finally put all of the pieces together,” said Collins, the 2014 and 2016 NCAA champion at Virginia.

Collins, No. 93 in the world for a few more days, will more than double her career earnings when the money from Miami arrives. She came to Key Biscayne with $305,385 in career earnings, which she’ll add at least $327,965 to now that she’s in the semifinals. And she’s going to soar in the world rankings, to no lower than 67th.

No qualifier has ever gone this deep at Key Biscayne, though Collins looked perfectly comfortable on the stage. She rarely faced trouble, offered confident fist pumps for much of the night and set the tone by breaking Williams — one of her idols, someone who’s been playing pro matches for about as long as the 24-year-old Collins has been alive — with her opening chance in each set.

And now Collins, who took the more-unusual path through college to professional life, still has a shot at becoming perhaps Miami’s most surprising champion.

“You don’t have to do it the traditional way,” Williams said.

For as easy as Collins made it look Wednesday night, John Isner had an even easier time in his quarterfinal. 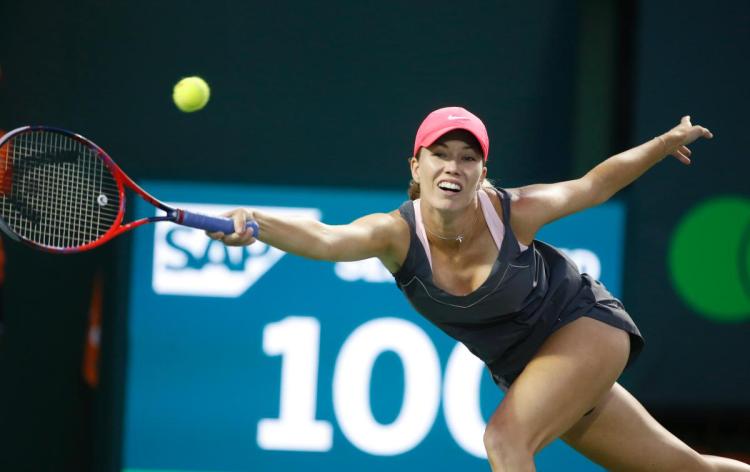 The big-serving Isner made the Miami semifinals for the second time in four years, needing just over an hour to overpower South Korea’s Hyeon Chung 6-1, 6-4. The 14th-seeded Isner finished with 13 aces, won all but one of his 32 first-serve points and avenged a loss to the 19th-seeded Chung at Auckland in his first match of the year back in January.

“I played extremely well,” said Isner, who dropped six of his first eight matches of 2018 before arriving in Miami. “Every match I’ve played in this tournament, I’ve gotten better. I’ve gotten stronger, and that’s a very, very good sign.”

Isner was broken twice by Chung when they met in Auckland. He faced only one break point on Wednesday.

“It’s perfect conditions,” said Isner, who lost to Novak Djokovic in the 2015 semifinals at Key Biscayne. “I’ve played well here in the past, and I’m so happy that I’m playing well here again.”

He’ll hope that trend continues in the semifinals.

Isner — who ousted second-seeded Marin Cilic earlier this week — will next face No. 5 seed Juan Martin del Potro of Argentina, who rallied to beat No. 20 Milos Raonic of Canada 5-7, 7-6 (1), 7-6 (3) in the late match Wednesday in a slugfest that lasted nearly three hours.

Ostapenko got her spot in the semifinals by ousting fourth-seeded Elina Svitolina 7-6 (3), 7-6 (5) and now will get the upstart Collins with a berth in Saturday’s final at stake. The other women’s semifinal is Thursday afternoon, with No. 13 Sloane Stephens set to meet three-time Miami champion Victoria Azarenka.