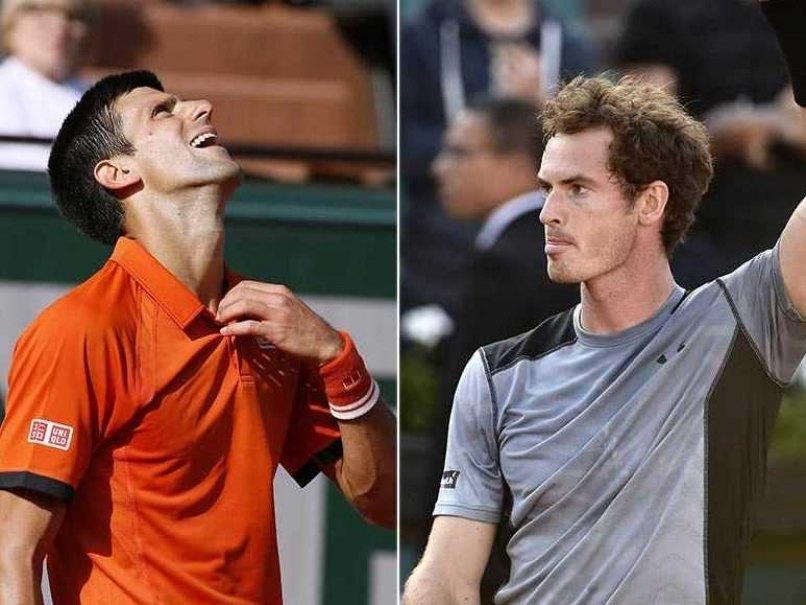 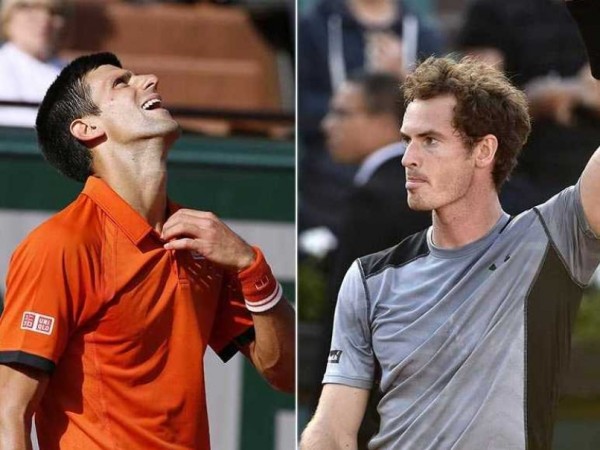 Novak Djokovic keeps proving why he’s been the number one ranked tennis player in the world for over 140 weeks, and now Andy Murray gets to challenge him on Friday at the 2015 French Open. The Serbian tennis star is on a mission this year, and his latest is to take his first Roland Garros title home with him.

This mission ousted Rafael Nadal from the open and we’ll see if Murray, who has a tendency to let Djokovic get in his head, will go home empty handed or shock the world with his third clay title this year. Murray will surely be looking for signs that could point in his favor. 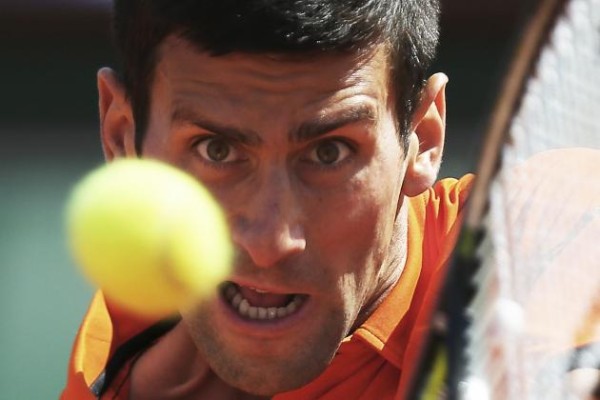 Any positive omen is welcome when you are trying to beat Novak Djokovic, so Andy Murray will hope the weather forecasters are right when he begins his French Open semi-final on Friday afternoon.

The temperature is predicted to nudge into the nineties, bringing back memories of the tropical feel that accompanied his last win over his Serbian contemporary, in the 2013 Wimbledon final.

Where there is heat there is hope. The imperious world No 1 is not always comfortable in it and the unusually quick conditions might just help as the Scot goes for the finest win of his career.

There will be a new men’s Roland Garros champion this year, with France’s Jo-Wilfried Tsonga playing an emotionally charged semi-final against Stan Wawrinka before Murray’s match.

For the second Grand Slam in succession there is no Roger Federer and no Rafael Nadal in the last four:

‘This is like the changing of the guard,’ is the view of John McEnroe, who sees the magnitude of Djokovic’s win on Wednesday as a possible factor.

‘This is just huge for Novak,’ added McEnroe. ‘I think even he would have preferred to play Rafa in the final. So that, to me, helps the person (Murray) playing him directly after. But that doesn’t mean Novak’s going to lose to him.’

Murray was back out hitting on Thursday afternoon, accompanied by Amelie Mauresmo, whose appointment he so dearly wants to vindicate with a Grand Slam. He is clearly using that as a motivational tool, repeatedly insisting she has been unfairly criticised.

It is looking more likely that she will be at Wimbledon, but for now they must focus on engineering what would be his greatest achievement, halting a seven match-losing streak against the Balkan marauder.

While still searching for his place in the wider public affections, Djokovic’s recent streak, coinciding with becoming a father, is intimidating. Not only did he win the last Grand Slam, he has won his last five Masters events and the World Finals in London, amassing a 45-2 record.

‘The challenge of winning against him this year has been extremely tough,’ said Murray. ‘He has lost only two matches: one against (6ft 10in Ivo) Karlovic in his first tournament, then Federer in the final in Dubai where the conditions were very quick.

‘Heat makes the conditions quicker here. The ball travels through the air faster so points potentially can be shorter. But any long point you play in 33-degree heat is tough. You lose your breath. Here we’ve been playing in pretty pleasant conditions until now.

‘I’ll try to use that to my advantage. I have played Novak many times and had a bunch of close, physical battles with him.’

Djokovic’s modus operandi against Murray is to hang with him in the first part of the match and then rely on his superior reserves of self-belief to get away. That was the case in the Australian Open final, where there seemed to be some kidology going on about his fitness.

His amateur dramatics interfered with Murray’s focus and, if it is brutally hot and uncomfortable, the underdog will surely not allow himself to be kidded again.

The Scot also sees some possibilities in this title being his opponent’s Holy Grail: ‘You would say this is Novak’s best chance now to do it, having beaten Rafa,’ he reasoned.

‘No-one that is left in the tournament has won the event. To win the career Grand Slam is an extremely difficult thing to do, that’s why so few people have done it. He will obviously put a lot of pressure on himself to try to do it this year.

‘I couldn’t have put myself in a better position to be well prepared and give myself a chance of winning the match.’

Tsonga, the outsider of the surviving quartet, is seeking to become the first homegrown winner since Yannick Noah in 1983 as he faces the fearsome power off the ground of Wawrinka.

The Swiss will be imbued with the confidence drawn from beating Federer for the first time in a Grand Slam and is sure to make Tsonga’s weaker backhand work overtime.

The chances are that the wait for Noah’s successor at the French Open will have to go on for some time yet. It is the kind of wait that, on the other side of the Channel, we know all about.

Now here’s a look at the numbers for both Djokovic and Murray:

Djokovic will look to maintain his focus after a milestone quarter-final win over Rafael Nadal, and take one more step toward completing the career Grand Slam when he faces fellow 28 year old Andy Murray for the 26th time at Roland Garros.

Both players carry impressive streaks into the contest: Djokovic is riding a 27-match unbeaten run, while Murray has won 15 straight matches on clay.

World No. 3 Murray will have his work cut out for him if he hopes to reach the final in Paris for the first time in his career. Djokovic holds an 18-8 FedEx ATP Head2Head series record over Murray, with the Scot’s last win coming in the 2013 Wimbledon final.

Both players are returning well, but it is Djokovic who enters the match having won an impressive 63 per cent of second serve points to Murray’s 48 per cent. In their past nine meetings dating back to the start of 2013, the player who has won the second-serve battle has won the match.