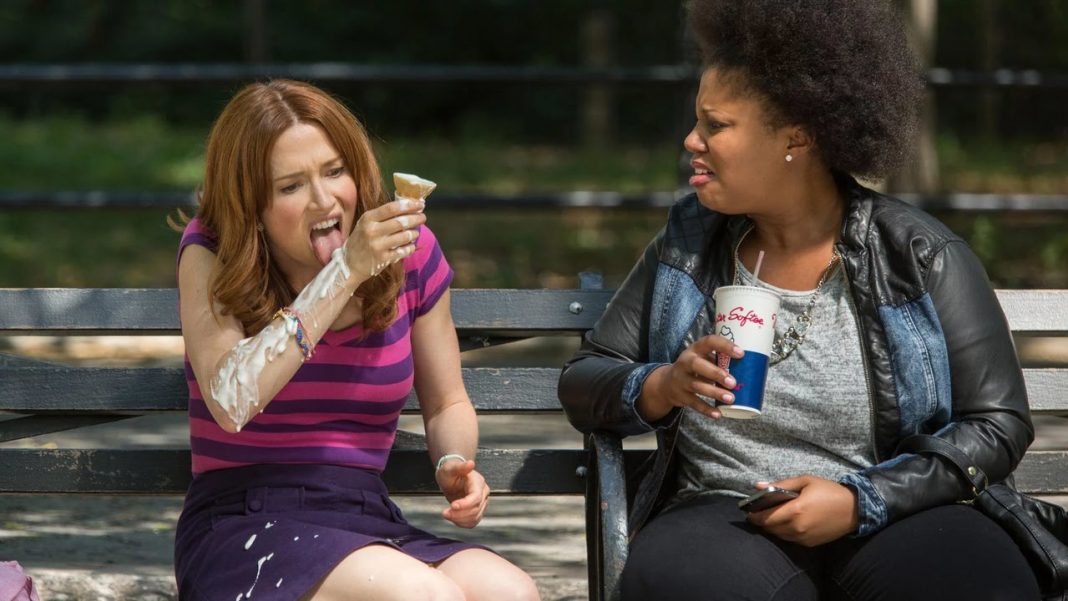 The Unbreakable Kimmy Schmidt is back and better than ever. The crew has been through a lot but as with most things, their love for each other is what gets them through every one of life’s obstacles.

In ‘Kimmy Goes Roller Skating!’ Kimmy celebrates Christmas (no it’s not really Christmas), and everyone has to help make it the best fake holiday ever! She decorates the apartment with a tree and stockings and even has Mikey, Titus’ “boyfriend” (I’ll get to that later) dress up as Santa Claus. Everything is going just fine until everything is not. Jacqueline bursts through the door announcing, “The Jews stole my painting” and Sonya tumbles through the window calling Kimmy a hoe. Now, here is how we get to this moment in Unbreakable Kimmy Schmidt time. 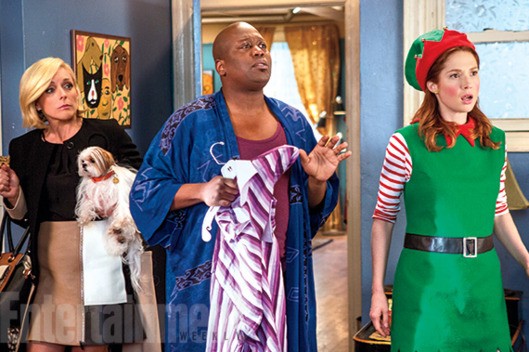 Kimmy has a hard time getting over Dong, who, if you remember, married Sonya because he needed a green card. Even on dates with other men, she imagines them to be her beloved Vietnamese soul mate. As she fills Lillian in on what happened during her most recent date, Titus swoops in to take her with him. Where exactly are they going you ask? Well, he has to take care of a little something called divorce.

Yes, that is right, Titus Andromedon was once married. Actually, he is still married and his wife of 17 years is coming for all he has (spousal support), which isn’t much. Apparently, Titus left Vonda on the day of their wedding, right after they said “I do” and right before they had a chance to do their choreographed reception dance. Vonda points out his pattern of behavior in which he always runs away from his problems. She warns Kimmy, sitting right next to Titus, to be careful because he’s going to do the same thing to her. Of course, this raises concern for the former cult member.

After their meeting, Titus rushes home to pack and go to Montreal, which has a “vibrant theater scene.” Kimmy tells him that he has to face this situation and even offers to talk to Vonda for him.

As she deals with Titus’ love, she complicates hers in the process and has Lillian to thank. The two decide to go shopping, and Kimmy runs into Dong. Lillian, who is supposed to be her wingman in getting over him, ends up inviting him to go skating with them. At the skating rink, Kimmy and Dong have a moment (she falls into his arms), which is both awkward and inviting.

While Kimmy saves the day for Titus, Jacqueline tries her best to blend in with her Native American family. The only thing is she just can’t seem to get things right. From milking a bull (and placing the “milk” in the refrigerator) to unknowingly insulting family traditions, even her parents think it’s best for her to go back to New York. “You belong to another tribe now,” her father tells her. Hurt and lost, she storms out to head back to Manhattan, only to lock herself in the police cruiser in which she arrived. Stuck in the back seat for hours, she almost loses hope, until remembers her Native American strength and breaks out the disgusting car (a raccoon died in it). 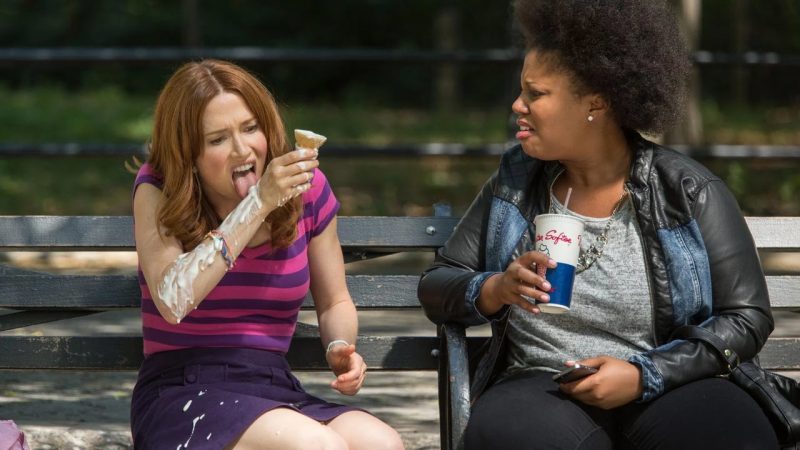 Back in New York, after hearing Vonda’s side of the story, Kimmy is disappointed with her friend and rushes home to give him a piece of her mind. “I’m beginning to think you were a better person back when you were Ronald Wilkerson.” Yes, that’s his real name. See what happened is during their second mediation meeting, the lawyer found that Vonda declared Ronald Wilkerson dead so that she could collect insurance money. Because of that, she cannot sue him and in fact, may owe him money. Well, Titus is overjoyed and storms his fabulous self out of the room, diva style, but not before mocking and saying some mean things to his “wife.” When Kimmy sees him having a “pizza party for one,” she lets him have it. And while he tries to paint himself in the right, he eventually caves, letting her know that he was afraid to reach out to Vonda all those years ago. “I was scared to face her, what if she wouldn’t accept my apology?” 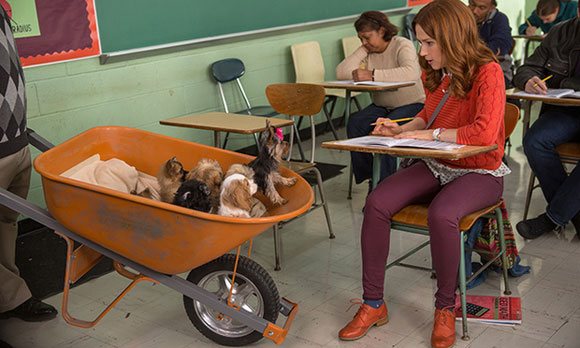 Helping Titus deal with his past mistakes forces Kimmy confront her present situation. She heads over to the brunch Dong, and Sonya planned for their immigration officer and pulls him into the bathroom to confesses her feelings to him. He says it’s wrong because he’s married and resists her advances, even though it’s hard for him to turn down her kisses.

In the end, Titus does the right thing. He finds Vonda before she leaves New York at the train and apologizes to her. Then, in the most perfectly timed moment, they do their wedding dance right there in the subway station.

Now that is an apology.