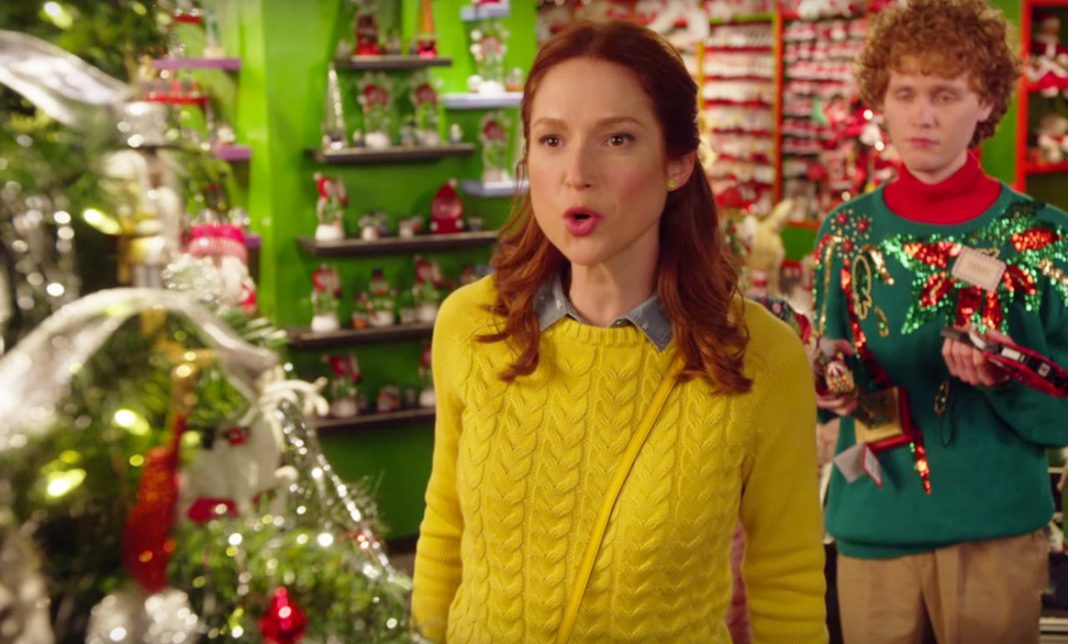 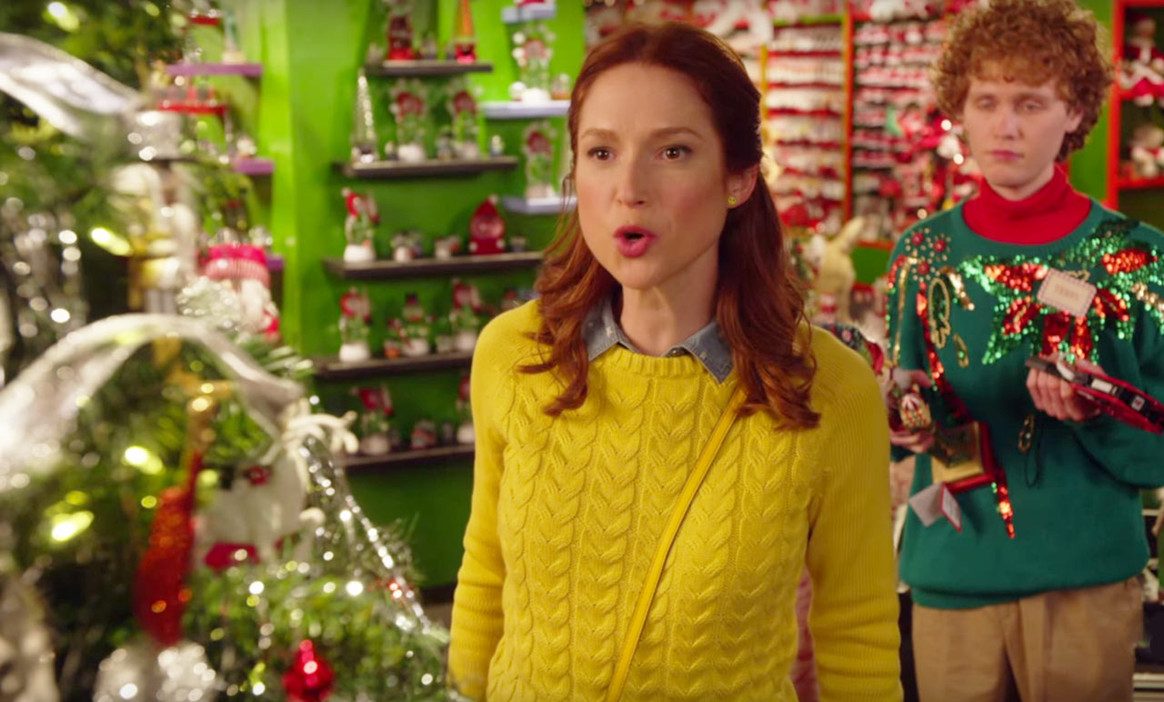 If you wondered why Kimmy is celebrating Christmas when it’s nowhere near Christmas on The Unbreakable Kimmy Schmidt, it’s because she got a job at a year round Christmas store. It’s also the sad fact that she missed 15 Christmas times being locked up…even if it was with the very fine John Hamm. The thought of honoring the most wonderful time of the year obsessed her, and she made it her aim to get a job at the Christmas store. Even buying her own “help wanted” sign and taking it into the store to show how serious she is about working there. After pressing the store manager, she gets a job right on the spot. Now that is a tactic I need to try.

Walking home after landing her new gig, Jacqueline runs up on her in the cop car. “I need a place to stay.” Desperate, she asks Kimmy for help in getting her life back. Her plan? Get another rich husband to resume her role as a trophy wife. But first, she has to win over the leader of the rich wife’s group Deidre Robespierre. She tells Kimmy to let everyone know she’s back from Europe when she goes to pick up Buckley (Jacqueline’s son).

As they solidify the first part of their plan, Titus is having a diva breakdown in his room. He “put too much in his closet,” and the shelves have broken. Kimmy tells him to get rid of the clothes he doesn’t wear. Titus deems her suggestion heresy until she convinces him that doing so would be more of a service to the person who buys them. He loves the idea and gets right on it, enlisting the help of Lillian for his journey to letting go.

He and his helper head to a consignment store, which is not to Titus’ liking. He puts his ill feelings aside and decides to leave his clothes with them any, still believing that some lucky soul out there will soon dress just as fabulous as he. The next day, Titus checks on his donation and is appalled to find that they have a $5 price tag… on the whole bag. Needless to say, after a group of hipsters insult a pair of his pants, he takes all of his clothes back and heads home.

Kimmy sets off to pick up Buckley and runs into Deidre, who immediately mesmerizes her. She delivers the message Jacqueline told her to give and takes it a step further by accepting a play date for Buckley and Deidre’s son later that day. When she arrives home and lets Jacqueline know, she’s excited to think that Deidra is being so sweet to her. But when Kimmy tells her that she said she will come to Jaqueline’s, the former billionaire realizes that she just wants to embarrass her. Kimmy suggests a park, to which Jacqueline initially scoffs. But when they turn it into a play date with “access, connection, and special treatment,” they decide to make it a Teenage Mutant Ninja Turtles adventure. And by adventure, I mean Kimmy actually takes the boys into the sewer. At the park, the tension between Deidre and Jacqueline is palpable. It is clear that the meeting is only to see who can outdo the other. Since Jacqueline is broke (she only got $12 million out of her husband s$3 billion net worth) she paints herself in an affluent position. Even getting into a Bentley for show, only to sneak out the other side and crawl to a bus stop when Deidra isn’t looking. Man, it takes too much to be rich. 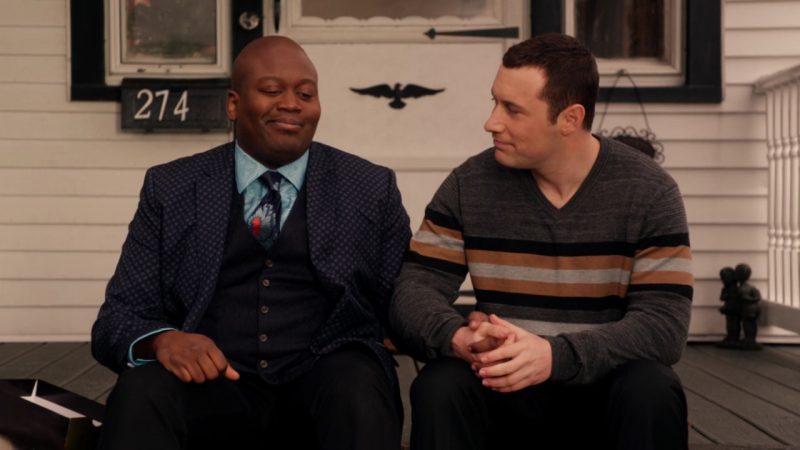 Back at the house, Titus is still down about his clothes situation. When Lillian comes in to tell him that the bag he threw away is gone, he is ecstatic. He heads to see for himself. Satisfied in knowing that someone who wants his clothes finally has them, he sees a trail of his clothes that leads to a construction site as he walks away. Mikey (yes the Santa from the first episode) found them in the dumpster and put them in the back of his truck. Titus jumps into his bed, (of the truck) and gather his clothes. Mikey recognizes him as “The first guy I ever hit on.” He tells Titus that he’s been hiding his sexuality from everyone and finds relief in running into him again. Needless to say, their chance meeting ends in an official first date.

Kimmy and Jacqueline arrive home after the play date, and she is utterly flabbergasted. To keep up her façade, she invites herself to an auction which means she has to spend money. Kimmy encourages her to gain respect from Deidra by looking tough, like the new girls in the bunker used to do (they’d punched the strongest looking girl in the face). So what does Jacqueline do? She goes to the auction and bids $11.5 million on a painting. This move shows that she is still in power, and everything is okay with her financially. As she walks out, gently touching Deidra’s shoulder as she passes her, the people see glamour and applause her, but on the inside, she is pancaking,

I guess it is true. You have to pay to play.