Home All News Sports UFC: Home of the Upset 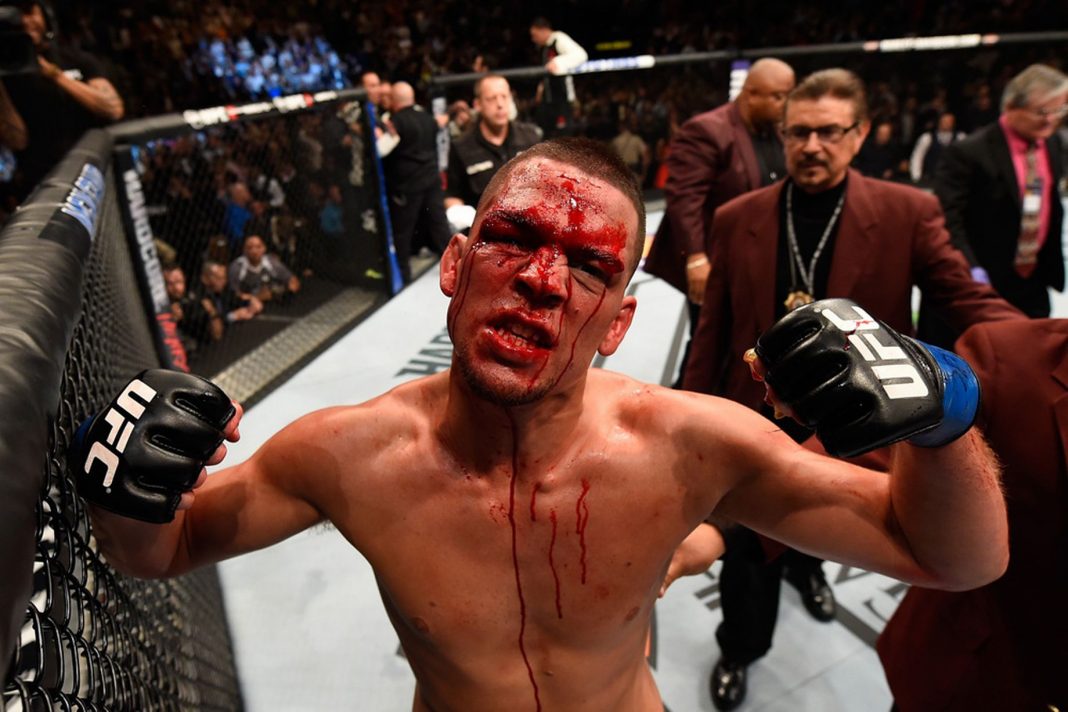 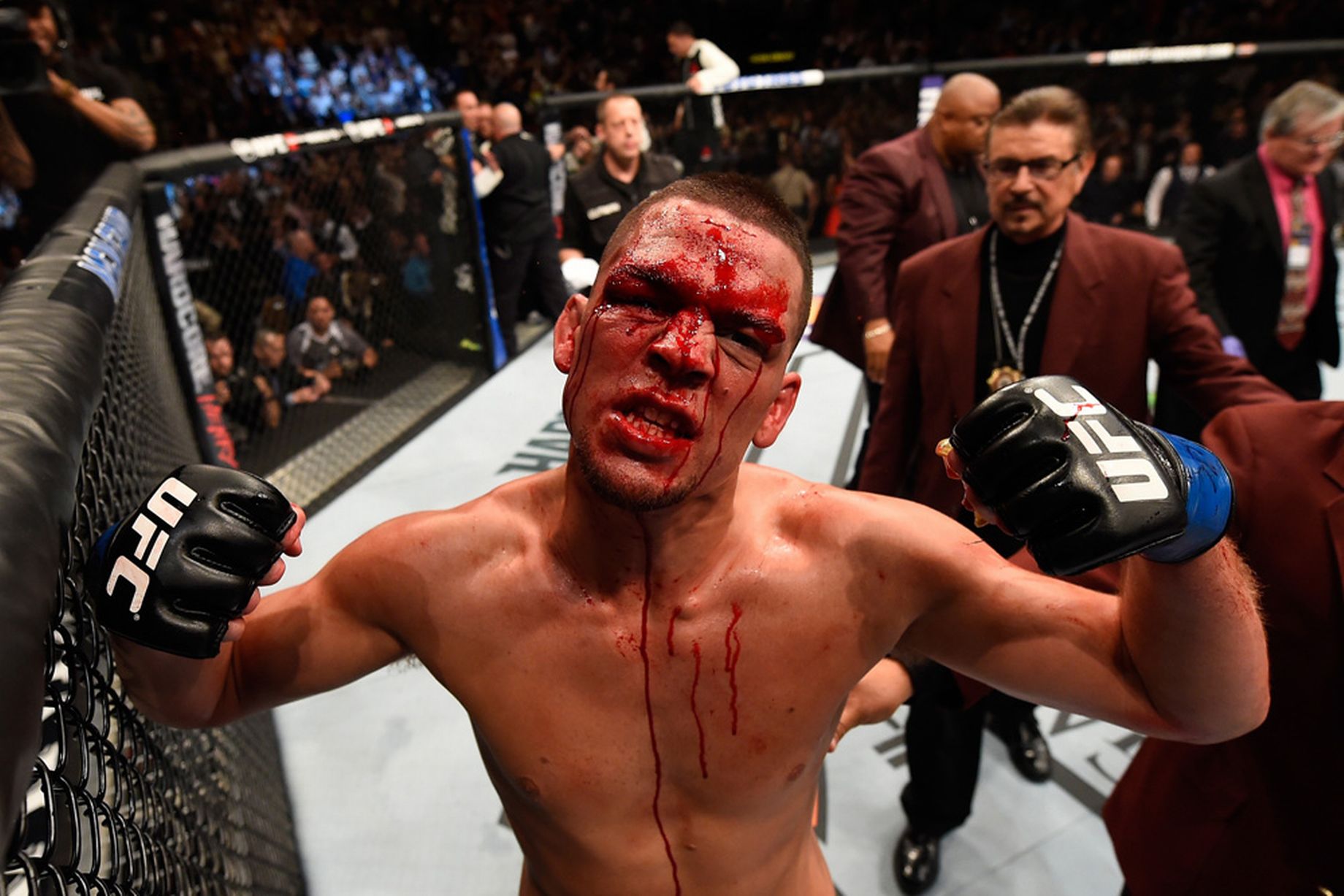 UFC 196 was full of upsets. Holly Holm dropped her belt to Miesha Tate, while the seemingly untouchable Conor McGregor got choked out by the fearless Nate Diaz.

Diaz was a 5-1 underdog while betting on Tate paid almost 3-1.

I even saw where one parlay picking both Tate and Diaz to win paid 15-1. Nice wins for a few lucky folks who were sharp enough to see the value in those odds.

This certainly wasn’t the first time we’ve seen the dogs win the day at UFC events. Over the years, there have been many favorites who went down in a heap from a KO or were submitted by the underdog.

But recently it seems there is a big upset at almost every UFC event. That makes for some very memorable fight cards as well as some opportunities to rake some cash your way if you’re willing to bet on the fighter no one believes in.

“UFC Fight Night: Bigfoot vs. Mir” back in February of 2015 got the underdog train rolling. That fight card in Brazil saw ten straight bouts with the favorite losing. The odds of that happening were reported at about 63,000 to 1!

The bookmakers took a beating on that night, with Bovada reporting losses of over a million dollars.

Next we saw long time lightweight champ Anthony Pettis go down in a unanimous decision to Rafael Dos Anjos. The new champion had few bettors laying money on him as he entered the fight at 4-1.

Then in the summer of 2015, Fabricio Werdum shocked the world by defeating then-heavyweight champion Cain Velasquez. Werdum was a huge underdog at around 4-1. This fight continued the trend of risky bets paying off…and not seeming so risky at that point.

And, of course, the biggest surprise of 2015 came when Rowdy Ronda Rousey got brought down to Earth by Holly Holm. The former boxing champion made some brave folks very happy that profited from her 9-1 underdog status.

It’s amazing these odds get anywhere near 4 or 5 to 1 since we are talking about MMA. A sport where anything can and does happen. A fighter can go from totally dominating the fight to being on the wrong end of a head kick, or having a momentary lapse that allows their neck to get wrenched into a loss.

Longshot bets pay off big because it’s unlikely they will hit. But that doesn’t appear to be the case in the UFC lately.

This fight promotion is nothing like boxing when it comes to betting. Sure a boxer can get knocked out at any time, especially in the heavier divisions. But there are no chokes, armbars, or flying knees to worry about.

Not to mention that boxers usually get their opponents handpicked for them. Not much danger of huge upsets since the challengers are usually no real threat to the status quo.

Show me an MMA fighter who hasn’t lost in 22 straight fights like Klitschko and I’ll show you a guy who’s fighting in high school gyms for a promotion with 12 fighters.

2016 is continuing the upset trend in the UFC. Tate and Diaz are proof that betting on the underdogs isn’t that risky after all. Even if you only cash out every three fight cards, you will likely profit if you only choose fighters who are at least 4-1 dogs.

The UFC has proven itself to be unpredictable. Just ask anyone who saw Anderson Silva get his lights turned out by Chris Weidman in their first fight.

Most casual fans couldn’t have picked Fabricio Werdum out of a line-up, but the guy still reigns as UFC Heavyweight Champion. He seemingly came out of nowhere.

I don’t know if the unpredictability is good for the UFC in the long term. The instability at the top of each weight class could make it hard for average fans to keep track of who’s really the best in the world.

What I do know is that this unpredictability is great for those of us not afraid to bet a few bucks on the underdogs. This is the one sport where you can get lucky with a dark horse more than once a year.

And, by the way, there’s no reason for this trend to slow down. Most sports fans have short attention spans and will believe a fighter is the best of their generation after only a couple of years of dominance.

That’s how the odds get out of whack. Fans see Ronda Rousey all over the TV and some quick KOs, then assume she’s unbeatable.

Hell, Conor McGregor has only been on the UFC scene a couple years, yet people felt like he was one of the best fighters in history. The dude has been impressive, but he has a ways to go before we can rewrite MMA history books.

I for one like the unstable nature of the UFC. It sure makes betting on the underdogs less stressful when you see so many favorites dropping like flies.