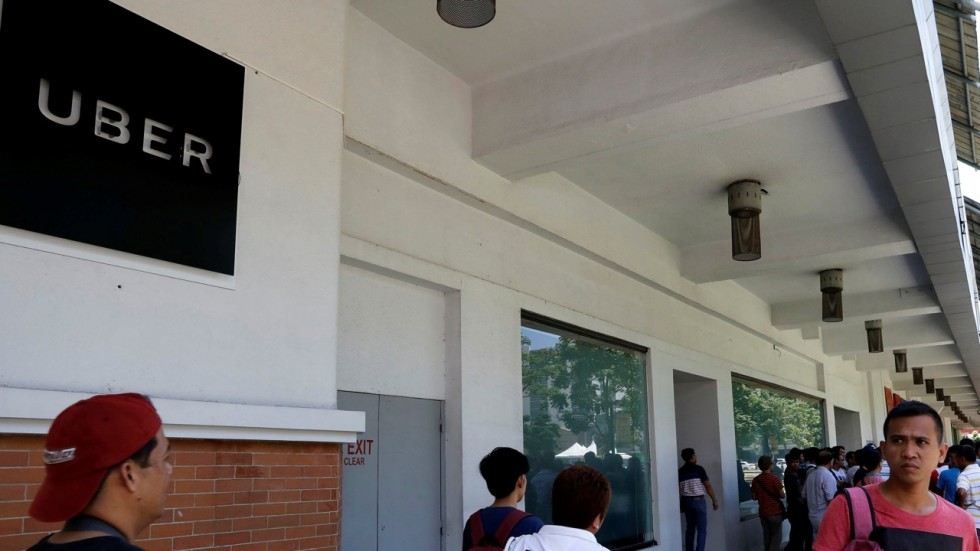 Uber has become a real necessity when it comes to travel and commuting. However, the company tends to rub the authorities of various countries the wrong way, citing overwhelming public support. This time, they scratched the Philippine’s Land Travel Franchising and Regulatory Board (LTFRB) and got they operations suspended—for one month. This is in the midst of a regulatory fracas involving the LTFRB, Uber and its competitor Grab.

It may be fun in the Philippines according to a tourism slogan, but commuting can be a nightmare. Something many have to go through daily much like the Japanese horror classic Jigoku where people wake up daily only to be tortured and ripped apart. Companies like Uber are like that rope of salvation from heaven. Unfortunately, demons and harpies continue clawing at the poor escaping souls and want to cut that rope of hope to better commuting.

The problem is the nightmarish traffic situations in highly urbanized areas and the lack of good public transport. Philippine cabbies are [allegedly] notorious for refusing long-distance rides, hacking their meters, negotiating contracts, not returning change, expecting tips and in worst cases robbing and/or molesting their female passengers. I’ve personally experienced being refused the long trip home despite my willingness to pay and feel the anxiety of being in a cab with a hacked meter. So when companies like Uber came out, many commuters felt a sigh of relief. Most of the aforementioned problems are gone, except maybe for the traffic. Ironically, these commuters feel safer riding in some stranger’s car rather than a licensed professional’s. It’s all about style and convenience.

Commuters won’t have to wait for almost an hour to hail cabs willing to take them to where they want to go. Uber drivers are obliged to accept and take their fare to their destinations for a reasonable amount of cash. There’s no negotiating or wrangling involved that defeats the purpose of the taxi meter. Uber fares are calculated based on distance and other conditions which both the driver and passenger have to agree on. Most of you probably know the many advantages of taking Uber, Grab or Lyft as opposed to conventional commuting. You also get to arrive in style as passengers get to choose the vehicle they want to be in, if it’s available. But because of ride services, cabbies who justify their shortcomings due to already stiff competition and nightmarish traffic now face stiffer competition and even extinction.

Due to the outcry of conventional transport providers, especially cabbies competing with ride services, the LTFRB was forced to re-study its rules regarding ride-hailing services like Uber. So while new rules are being studied, both Grab and Uber were told to temporarily stop accrediting new drivers. Unfortunately, Uber doesn’t like playing by the rules and has again been subjected to controversy. Initially, Uber did not have any approved franchise to operate as a transport company in the Philippines until May 2015. Unfortunately, the LTFRB found that Uber did not comply with the order to stop accrediting new drivers, thus resulting in a one-month suspension. Uber remained defiant and even issued a statement that it will resume its operations soon after submitting a motion for reconsideration to the LTFRB.

Many Uber users are concerned about the company’s attitude, however, as they’ve become dependent on the transport service and are afraid that Uber is overstepping itself to oblivion. Users advise Uber over social media to step back and rethink its strategy. The motion for reconsideration was quickly denied leading Uber to cease operations. Uber’s regional manager for the Asia Pacific, Michael Brown finally decided to step in to have a dialogue with the LTFRB in hopes of shortening the suspension period, citing a ‘misundertanding.’

In the absence of Uber, Grab meanwhile noted upsurges in demand despite the limited numbers of accredited drivers and also issued its own apology to the public for not being able to meet demand. This shows how popular and how much needed ride-hailing services has become.

Now, in order for real cabbies to go toe-to-toe with the likes of Uber, the taxi transport group Philippine National Taxi Operators (PNTOA) announced that hailing cabs will be easier via the Micab app within a couple of months. But cabs hailed through the app will not follow the taxi metering scheme but an agreed fare as it’s done in Japan.

“In our proposal before the LTFRB, street-hailed taxis would base the fare on regular meters while app-hailed cabs would use fixed pricing. This is similar to the system in Japan so passengers could know their total fare, which would remain fixed even if the cab will take a longer route or will be stuck in traffic.”

If you can’t beat them, beat them again to submission then join them.

Uber did apologize for this, but the suspension still stands, so they are now trying to appeal.