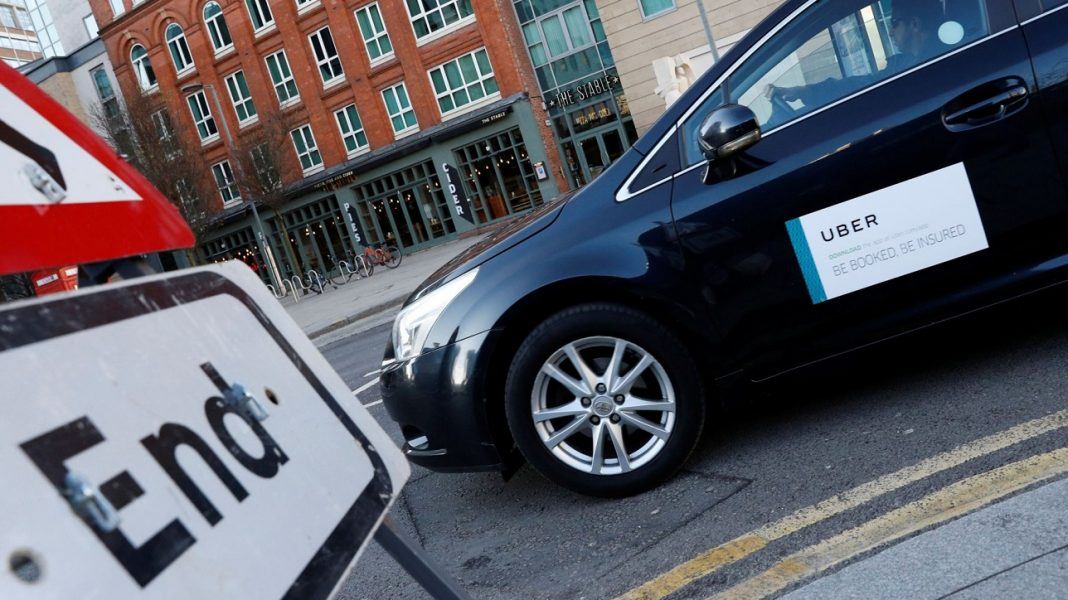 Uber continues getting besieged with obstacles of its own making as London has canceled its operating license as Indian owned rival Ola will be entering that market in the upcoming weeks. The company which has been a thorn in the side to taxi companies has been a lightning rod for controversy beginning with sexual harassment problems, to fraudulently billing customers and non-customers.

Now, London’s transit authority on Monday refused to renew Uber’s operating license over concerns about impostor drivers, with the ride-hailing company vowing to appeal the decision as it struggles to secure its future in the British capital.

It’s the latest chapter in Uber’s rocky history with London transport officials, who have subjected the San Francisco-based tech company to ever tighter scrutiny over concerns about passenger safety and security.

Uber called the decision “extraordinary and wrong,” and has 21 days to file an appeal, which it said it would do. It can continue operating during the appeals process.

Transport for London cited “several breaches that placed passengers and their safety at risk” in its decision not to extend Uber’s license, which expires at midnight Monday. Among other things, unauthorized drivers carried out thousands of rides, the regulator said.

“While we recognize Uber has made improvements, it is unacceptable that Uber has allowed passengers to get into minicabs with drivers who are potentially unlicensed and uninsured,” said Helen Chapman, director of licensing and regulation at Transport for London, known as TFL.

“We cannot be confident that similar issues won’t happen again in future.”

The company fired back, pointing out that TFL had found it fit and proper in its most recent license renewal in September.

“We understand we’re held to a high bar, as we should be. But this TfL decision is just wrong,” CEO Dara Khosrowshahi tweeted. “Over the last 2 years we have fundamentally changed how we operate in London.”

The denial in a lucrative European market is a big setback for Uber as it struggles to turn a profit. The company posted a $1.16 billion loss in the latest quarter and Khosrowshahi forecast it wouldn’t make a profit until 2021. Shares fell 1.5% in New York.

TFL had already been keeping Uber on a tight leash. It had revoked Uber’s license once before, in 2017, but a court later granted it a license lasting 15 months, which TFL then extended for two more months in September, but added 20 conditions.

In the latest decision, the transit authority said it was concerned Uber’s systems “seem to have been comparatively easily manipulated” by drivers.

One key issue was a change to Uber’s systems allowing unauthorized drivers to upload their photos to other driver accounts.

This let them pick up passengers as though they were the booked Uber driver on at least 14,000 trips, which means all those journeys were uninsured, TFL said.

The change also resulted in some passengers traveling with unlicensed drivers, including one whose license was previously revoked by TFL.

TFL faulted Uber for another “failure” that allowed dismissed or suspended drivers to create a new account and carry passengers. And it cited other “serious breaches” involving unspecified insurance-related issues.

Uber said it has audited every London driver over the past two months and will soon launch a new “facial matching process” for its Microsoft-powered verification system, which requires drivers to periodically take selfies for comparison with their account photos.

Drivers will have to more actively confirm their identity by blinking, smiling or turning their head — part of recently announced beefed up safety measures.

Investors shouldn’t be under the impression the phony photo issue is limited to London, said Dan Ives, managing director at Wedbush Securities, who estimated London represents 3% to 5% of Uber’s business.

“Regulators around the world are going to scrutinize this issue, peel away the onion and make sure there are no similar issues,” he said.

Uber has been slugging it out with regulators in recent months and losing. California recently passed legislation to make companies treat rideshare drivers as employees instead of independent contractors, which could force Uber to provide health and other costly benefits.

New Jersey’s labor department recently sought more than $640 million from Uber, saying it misclassified drivers as independent contractors, and New York has enacted a minimum wage for drivers, which Uber passed along to customers in the form of higher prices.

“It feels like the regulators have the upper hand,” Ives said.

Baked into Uber’s business plan is the assumption that many mundane parts of running a business, including recruiting and dispatching drivers, can be automated or handled by a driver, said Nicholas Farhi, a partner at OC&C Strategy Consultants. That may save money, but it doesn’t guarantee safety.

By contrast, becoming a black cab driver in London takes about three years.

“The temptation with a platform as big as Uber for fraud is pretty high,” Farhi said.

Uber rival Ola will be launching in London in December.

EBay is selling StubHub to ticket seller viagogo for $4.05 billion in cash.

The transaction is part of a review that eBay undertook earlier this year following pressure from an activist investor. The San Jose, California-based company then said it was also reviewing options for its classified ads business.

EBay Inc. bought StubHub in 2007 for $310 million. Both StubHub and the classifieds business each brought in less than 10% of eBay’s total revenue last year.

The addition of StubHub will allow viagogo to sell tickets in more than 70 countries and give buyers access to a wider selection of tickets.

Viagogo’s founder and CEO Eric Baker is a StubHub co-founder. In a statement, Baker said it has been his longtime wish to unite the two companies.

The sale is targeted to close by the end of 2020’s first quarter hoping to bring its stock price up. eBay has never been able to compete with Amazon, and the stock price has never climbed higher than the low 40’s so possibly the auction site might realize going back to what made them popular could be the best route to bring that stock price back up.