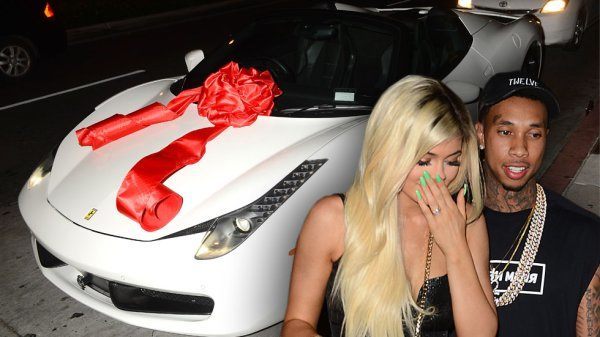 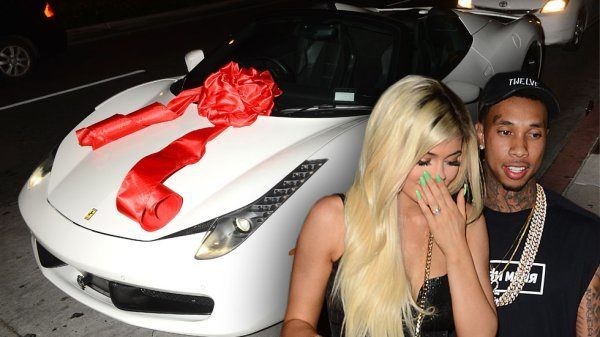 Kylie Jenner and the rest of her family spent Sunday night out on the town to celebrate Kylie’s 18th birthday. The family has already been preparing and celebrating the big day for the past week, but the big party took place at Bootsy Bellows, a nightclub in West Hollywood.

Kylie first showed up, fashionably late of course, in a skintight sparkly silver mini dress, which featured a design of shear panels. Later on, the star changed into a sparkly little black dress. The birthday girl was seen sporting a long platinum blonde wig that definitely helped her to steal the spotlight on her big day.

The party featured performances by rapper Fetty Wap, and of course Kylie’s boyfriend Tyga. While the night seemed extravagant from the get-go, it was the surprise at the end of the night that really reflected the 18-year-old’s luxurious life style.

At the end of the night, Kylie was gifted with a 458 Italia Spider Ferrari that is estimated to be worth $295,000. The car, a gift from her boyfriend Tyga, made a huge splash as Kylie and her family were pictured gasping at the super-sleek car.

Earlier in the week Kylie took to Instagram to show off her new Hermes bag, which costs about $10000 and it wouldn’t be all too surprising if she received thousands more dollars of presents from her family and friends.

😫😫😫 and it's not even my birthday yet

Since turning the big 1-8, the star has been posting a series of shots from a recent photo shoot, where she is seen donning numerous colored wigs. 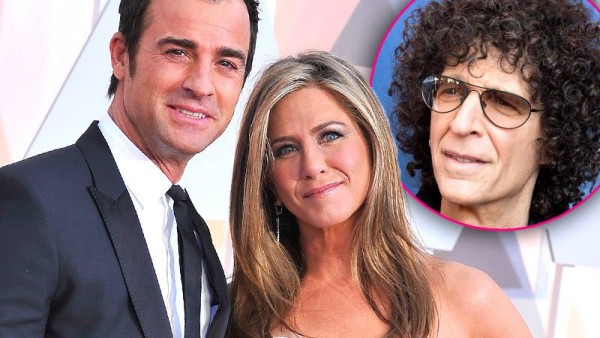 More and more details have been surfacing since A-list couple Jennifer Aniston and Justin Theroux successfully pulled off a secret backyard wedding. Last Wednesday, the two stars disguised their party as Justin’s 44th birthday, however once pictures showed both a priest and a wedding cake being brought in it was clear that it was more than just a birthday gathering.

On Monday, radio host Howard Stern who was a guest at the ceremony, revealed some of the details of the top-secret event.

Howard revealed that he was one of the few guests that knew that they were getting married, as he was asked to prepare a toast. Howard explained he was “so nervous” to toast the “secretive” couple.

Howard went on to reveal that all the guests weren’t allowed their cell phones, to ensure no pictures were being taken. However, the couple did hire celebrity photographer Terry Richardson to document the night.

Also present at the ceremony was singer Sia, who performed as Jennifer and Justin had their first dance as a couple. In addition, Howard revealed that late night talk show host Jimmy Kimmel officiated the wedding ceremony and did a “beautiful job.”