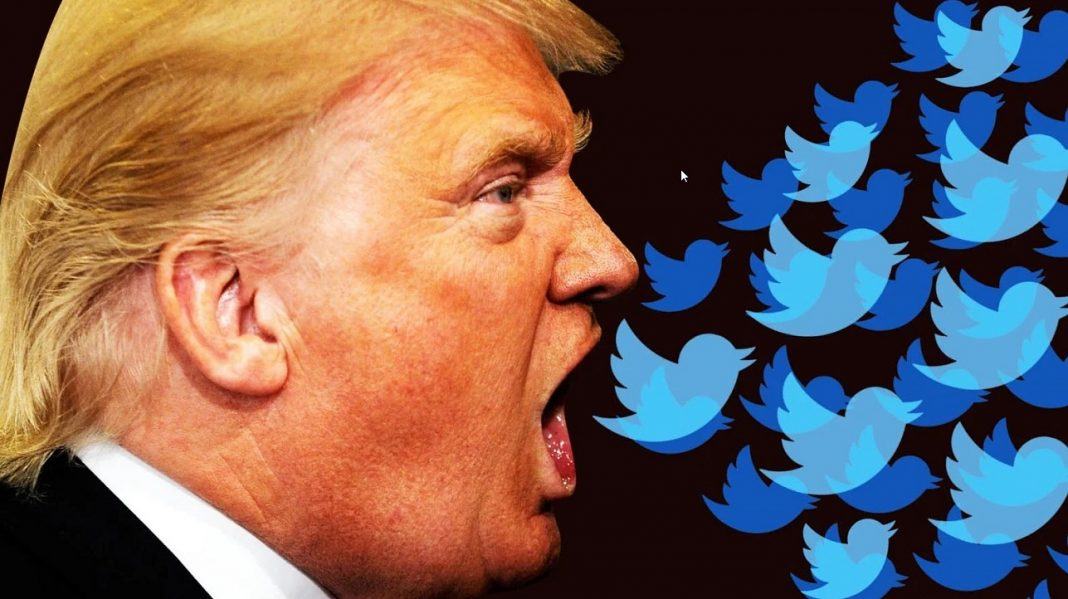 UPDATE 5/26/2020: Twitter is now adding a not so warning message to Donald Trump‘s tweets that are glaringly inaccurate only on the Twitter site. The one below on Twitter states “Get the facts about mail-in ballots.” But it disappears on Tweet embeds.

Twitter appears to follow the Republicans in feeling that the President of the United States is truly above the law. Let alone Twitter’s Terms of Service (TOS) agreement that the average person can find being used on them for much minor violations.

President Trump is again pushing the limits of Twitter’s attempts to deal with national leaders who spread misinformation and engage in personal abuse, this time with a barrage of baseless tweets suggesting that a television host he has feuded with committed murder.

Twitter, which has tried to devise penalties for such situations, has so far done nothing about Trump’s tweets.

The husband of a woman who died by accident two decades ago in an office of then-GOP Rep. Joe Scarborough is demanding that Twitter remove the president’s tweets suggesting Scarborough, now a fierce Trump critic, killed her.

The body of Lori Kaye Klausutis, 28, was found in Scarborough’s Fort Walton Beach, Florida, congressional office on July 20, 2001. Trump has repeatedly tried to implicate Scarborough, a host of MSNBC’s “Morning Joe” show, in the death even though Scarborough was in Washington, not Florida, at the time.

It’s the latest instance in which the president has blown past Twitter’s half-hearted attempts to enforce rules intended to promote civility and “healthy” conversation on its most prominent user. Trump frequently amplifies misinformation, spreads abuse and uses his pulpit to attack private citizens and public figures alike, but has never faced Twitter sanctions on his account.

Klausutis wrote in his letter that he has struggled to move on with his life due to the ongoing “bile and misinformation” spread about his wife on the platform, most recently by Trump. His wife continues to be the subject of conspiracy theories 20 years after her death.

Klausutis said in the letter, sent last week, that his wife had an undiagnosed heart condition, fell and hit her head on her desk at work. He called her death “the single most painful thing that I have ever had to deal with” and said he feels a marital obligation to protect her memory amid “a constant barrage of falsehoods, half-truths, innuendo and conspiracy theories since the day she died.”

Trump’s tweets violate Twitter’s community rules and terms of service, he said. “An ordinary user like me would be banished,” he wrote.

At Tuesday’s White House briefing, press secretary Kayleigh McEnany repeatedly refused to say why Trump was pressing the unfounded allegations or whether he would stop tweeting about them. Instead, she focused on remarks that Scarborough made about the case that she said were inappropriate and flippant.

Dorsey did not reply directly to Klausutis’ letter and has not taken any action on the president’s tweets. In a statement, Twitter said it was “deeply sorry about the pain these statements, and the attention they are drawing, are causing the family.”

But the company didn’t say it would do anything about Trump’s tweets. It didn’t even mention them directly, although it did reference vague plans for future policy changes. “We’ve been working to expand existing product features and policies so we can more effectively address things like this going forward, and we hope to have those changes in place shortly,” Twitter said.

The proposed changes include labeling false or misleading tweets as such, with fact checks “crowdsourced” from Twitter. It recently started labeling such tweets when they are about COVID-19 and is looking to expand more broadly.

This, of course, led many to denounce it claiming it is already making mistakes and mislabeling legitimate ones. The company even had to tweet out from one of their own mistakes about the 5G coronavirus conspiracy.

But the company hasn’t said when this tool would be available. Based on history, it’s also not clear if these strictures would apply to Trump and other world leaders.

Over the weekend, the president also sent out tweets calling into question the legality of mail-in-ballots. The storm of tweets followed the president’s Facebook and Twitter posts last week that wrongly claimed Michigan’s secretary of ptate mailed ballots to 7.7 million registered voters. Trump later deleted the tweet and posted an edited version that still threatened to hold up federal funds.

These are the sorts of tweets that Twitter, if it wanted to, could remove or at least label under its policy against sharing “false or misleading information intended to intimidate or dissuade people from participating in an election or other civic process.”

It has not done so. And it’s not clear if Trump’s team deleted the Michigan tweet on its own volition or if it was warned by Twitter that it would take action on it if it was not changed. Twitter is in ongoing contact with the White House.

In general, Twitter has taken a hands-off approach to political leaders, contending that publishing controversial tweets from politicians helps hold them accountable and encourages discussion. Last year, it said it would consider slapping warning labels on some tweets by world leaders, noting that such individuals rules “aren’t entirely” above the rules.

Nearly a year after announcing it, Twitter has yet to use such labels.

There is no mystery to the death of Lori Klausutis. Medical officials ruled that the aide, who had a heart condition and told friends hours earlier that she wasn’t feeling well, had fainted and hit her head. Foul play was not suspected.

Trump, however tweeted this month: “When will they open a Cold Case on the Psycho Joe Scarborough matter in Florida. Did he get away with murder? Some people think so. Why did he leave Congress so quietly and quickly? Isn’t it obvious? What’s happening now? A total nut job!”

He echoed that “cold case” allegation in a new tweet on Tuesday,

Trump also has asked via Twitter if NBC would fire the political talk show host based on the “unsolved mystery” years ago in Florida. “Investigate!” he tweeted in 2017.

Scarborough has urged the president to stop his baseless attacks.