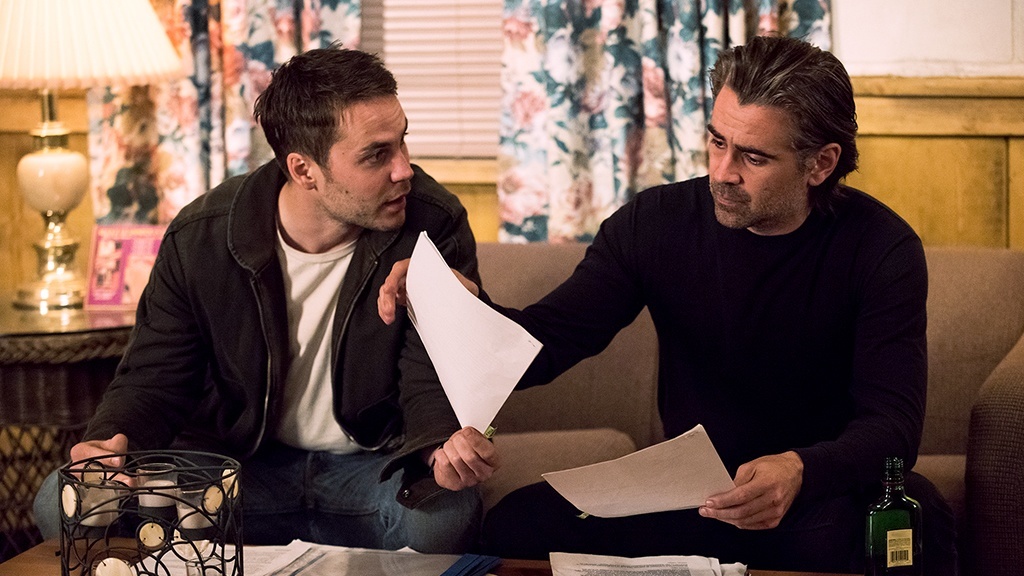 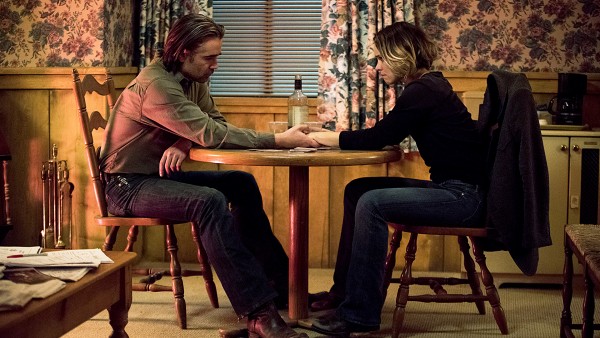 I hope there are motorcycles in heaven is all I can say. God-Warrior Paul Woodrugh put up a hell of a fight, but the odds were just stacked too high against him in the latest episode of “True Detective.” ‘Black Maps and Hotel Rooms’ has to be in the top two episodes this year. Loved the scorched earth moves made by Frank as his hand was forced. I admittedly have a hard time finding fault with anything Vince Vaughn does, but I don’t see how his portrayal as a good hearted gangster could be any better.

In the aftermath of last week’s sex party we see Ani is a mess and the girl she “saved” is downright ungrateful for the detective’s help. The girl was doing just fine and she has a point since now she is in danger of being whacked. Ray can be helpful in an emergency but offering Ani a joint to calm her down may not have been the best advice at the moment.

Paul has figured out some of the intricacies of the land deals from the contracts he took. But he gets sidetracked when his phone is blown up with racy photos of him and his guy friend. His focus went to shit after that. 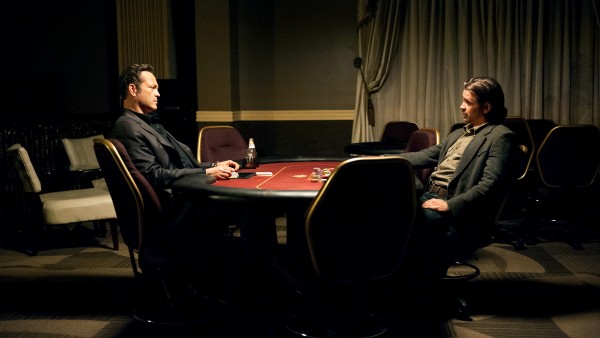 Jordan Semyon had a good idea about she and Frank walking away with about $200,000. The gangster just couldn’t see finishing out his life managing an Applebees. So he was going to finish the hand he was dealt. Bold move!

Paul and Ani move their people to safer places after it’s obvious they are being set up. Ani is wanted for questioning in the murder of the security guard and Paul is being blackmailed with the photos.

Frank figured out that Blake killed his guy Stan and I figured out that Blake was never gonna leave Frank’s office alive. Blake had been screwing Frank for a while and his payback was upon him. I thought Frank would leave Blake for Ray since it was Blake who gave them the bad intel on the rapist back in the day. But after bashing and mashing his face, Frank gut shot his former right hand man and let him suffer on his floor while he took a sip of whiskey. Frank Semyon is a cool customer SON! 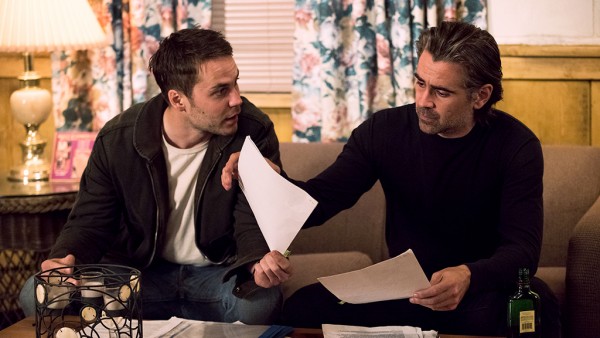 Velcoro had some key evidence for state attorney Katherine Davis. That evidence was not as useful with her no longer having a pulse. Ray got the hell out of there as soon as he saw she was dead and that he and his crew were set up.

When Ani said goodbye to her dad and sister it showed us just how detached she is from her family. Hugging is harder for the detective than slashing a monster security guard. Ani told her dad about finally remembering the face of her abductor as a child and he called her “the most innocent person he has ever known.” It was good to see Ani’s former boyfriend help her with her family’s getaway.

Frank knows he is playing his last hand in Vinci so he sends his wife away to protect her. The guy finds a buyer for the diamonds, although I’m not sure how he is going to get them. The diamonds and Ani’s missing girl have been the most confusing parts of the story this season. Apparently Casper was in on the diamond heist years ago…..I did think that robbery was the catapult for the mayor and crew to get closer to the elite players.

It’s been obvious from the start of this season that Osip Agronov was against Frank and now he is taking over Semyon’s clubs…just like that. Frank plays along. What else can he do at that point? He is basically alone, just his wits and a couple of loyal guys left. 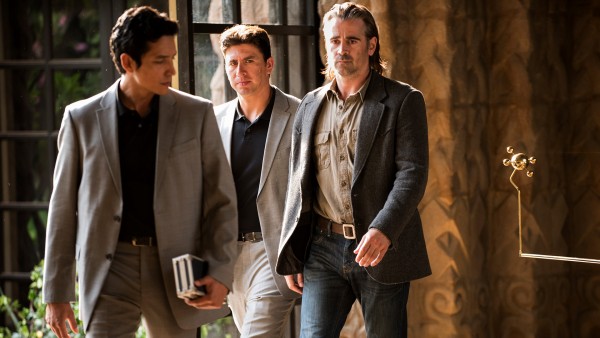 A new twist pops up when the girl orphan from the diamond heist / murder, is seen in one of the party photos that Ani has. I have no idea where they are going with that info with just one episode left. The finale is 90 minutes so it will take every minute to tie up all these loose ends. We may need a chalkboard explanation ala Doc Brown from ‘Back To The Future II’.

I have clowned the “god-warrior” nickname since Ray glossed Paul that after the shootout, but Woodrugh really was a bad ass. He escaped an impossible situation as Dixon tried to swap the photos for the land contracts. Paul killed four, maybe five if Dixon doesn’t get up from the pistol whipping, and nearly made it out alive. His luck ran out as he was shot in the back as he exited the underground trap though.

The only move left to Frank in regards to his remaining property was to go Nero and watch it all burn. Better to burn up his only remaining assets than let a backstabbing arrogant Russian just waltz in and take over. Frank will be lucky to make it out alive next week, but if he is put down I believe he will go down in glorious fashion.

It was a matter of time before Ani got with Ray. I guess a cheap motel was as good a place as any. The timing was bad since Paul was getting gunned down about the time Ani climbed on top of Ray.

The 90 finale has a lot of ground to cover so you best not blink and turning on closed captioning might be helpful also. Ray does a lot of hushed talking. I don’t see how all the major evil players can be taken down. Maybe the mayor and his son get what they have coming, or maybe the mayor handles his son for going out on his own. Osip is as good as dead, even if Frank doesn’t live through the carnage. As for the corporate guys, they will remain in power. If they can have a state attorney killed so easily, they can slither out of any mess. The hard drive will come into play next week as well….won’t it?