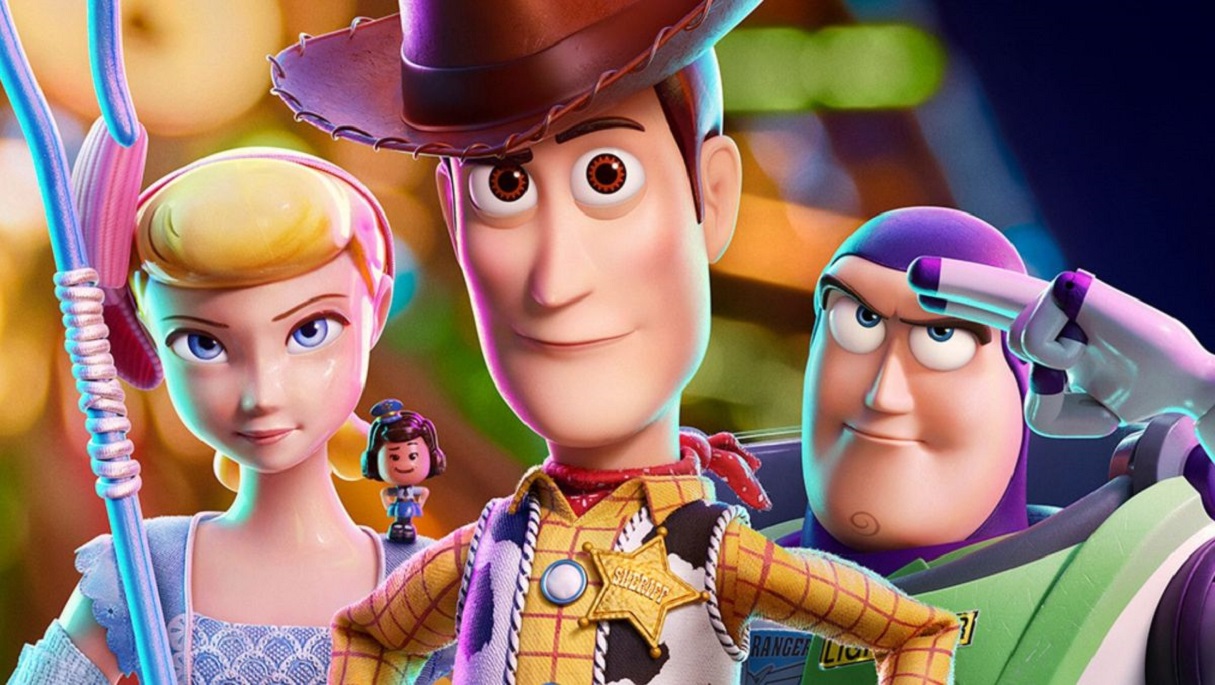 “Toy Story 4” proved to be bigger than both Annabelle and the Beatles topping the box office charts for a second consecutive week after opening below expectations last week. The horror sequel “Annabelle Comes Home” opened in line with expectations, but the Cinderella story of the weekend was actually the third place movie: “Yesterday.”

This places “Toy Story 4” slightly behind “Toy Story 3” in terms of staying power, at least in North America. While the fourth installment saw about a 52 percent dip in sales from its first weekend to its second, “Toy Story 3” held on a bit better back in 2010, with around a 46 percent decrease, according to Box Office Mojo. So while the fourth movie’s performance is solid, it isn’t earth-shattering for the series.

The Danny Boyle-directed musical romantic comedy featuring the music of the Beatles debuted well over industry expectations, earning an estimated $17 million from North American theaters. In a summer where most films have debuted either under or at industry tracking, which are often lowball projections, and original comedies have struggled to find audiences, “Yesterday” proved to be the exception.

Starring relative newcomer Himesh Patel, “Yesterday” imagines a world where only one man remembers the music of the Beatles and decides to present their catalog of hits as his own.

Although critics were mixed, audiences, who were mostly female (56 and over the age of 25 (75%) have embraced the film with an A- CinemaScore and a 90% audience score on Rotten Tomatoes.

Universal’s President of Domestic Theatrical Distribution Jim Orr says he tries to use the word “thrilled” judiciously, but that it applies here.

“Among all of the sequels and all of the explosions of the summer, this is a very charming, original, whimsical musical romance with iconic music and amazing performances… (and direction),” Orr said. “All of that adds up to a great, great run at the domestic box office.”

Even Warner Bros., which has the Bruce Springsteen-themed film “Blinded by the Light” coming later this summer was heartened by “Yesterday’s” launch, which motivated a solidly adult demographic to trek out to the movie theater on opening weekend.

As Comscore senior media analyst Paul Dergarabedian put it: “It’s not always the No. 1 film that’s the big story.”

The No. 1 film was once again “Toy Story 4,” which added $57.9 million from domestic theaters, down 52% from its debut last weekend. Globally the film has already netted $496.5 million.

In second place was the third Annabelle film, “Annabelle Comes Home,” which debuted on over 3,500 screens Wednesday. The Warner Bros. horror earned $20.4 million over the weekend and $31.2 million in its first five days.

“Annabelle Comes Home” concerns Ed and Lorraine Warren (Patrick Wilson and Vera Farmiga), two demonologists who attempt to lock away a haunted doll. Do you think it all goes smoothly?

The movie received a mix of negative and lukewarm responses from critics. (“No more than a shameless franchise-stuffer,” Jeannette Catsoulis wrote.

Although it is a franchise low — the first two opened over $35 million — with a budget of $27 million, it did well enough to justify its existence.

“This was a reasonable movie to make,” said Jeff Goldstein, Warner Bros.′ head of domestic distribution. “You don’t have to exceed on every one.”

He noted that the “Conjuring Universe” is the most successful horror franchise of all time with over $1.6 billion in ticket sales. And after a few back-to-back Conjuring spinoffs, the franchise is taking bit of a breather; “The Conjuring 3″ won’t hit theaters until after Labor Day next year.

“Aladdin” and “The Secret Life of Pets 2″ rounded out the top five. “Avengers: Endgame” also made it back into the top 10 after Disney added over 1,000 screens this weekend. It added an estimated $5.5 million, bringing its domestic total to $841.3 million. Globally, it’s now at $2.76 billion.

While some have viewed the “bring back” campaign as a naked “cash grab” to try to beat the “Avatar” record ($2.79 billion worldwide), Dergarabedian thinks it has more to do with “Spider-Man: Far From Home,” which opens next weekend and picks up right after the events of “Endgame.”

The weekend overall is down nearly 15% from last year and the year to date deficit is around 9.4%.

“We’ve been trying to dig our way out of this deficit for it seems like forever,” Dergarabedian said. “Some of the movies that were expected to be grand slam home runs were more like triples.”

But Sony and Marvel’s “Spider-Man: Far From Home,” which has already earned $111 million from China, Japan and Hong Kong, could help turn the year around.

“There’s a lot riding on Spider-Man’s shoulders,” Dergarabedian said. “I think this will be a real shot in the arm to the industry both financially and emotionally.”