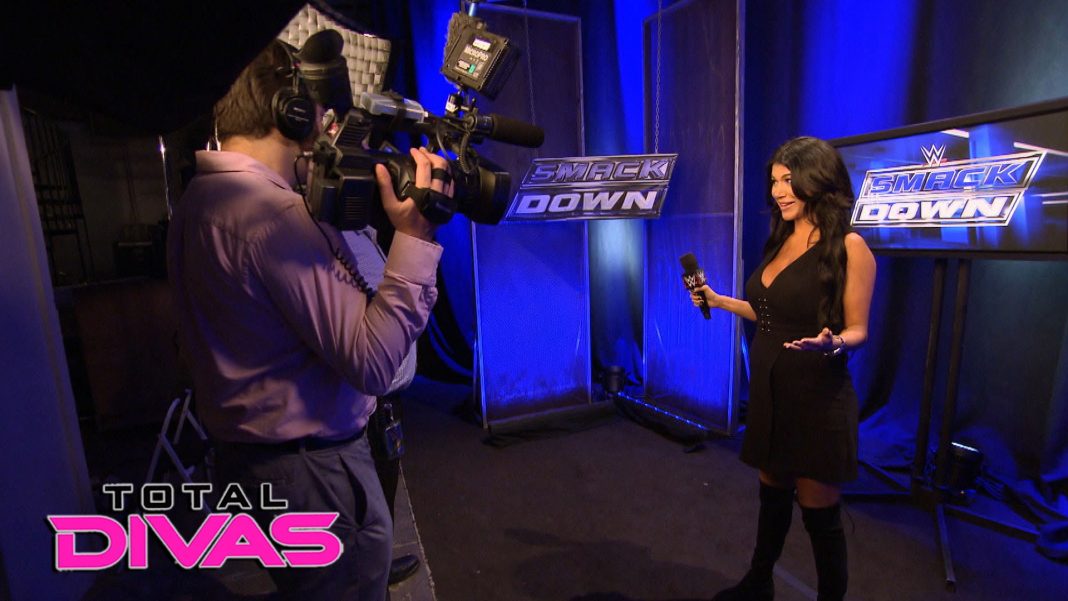 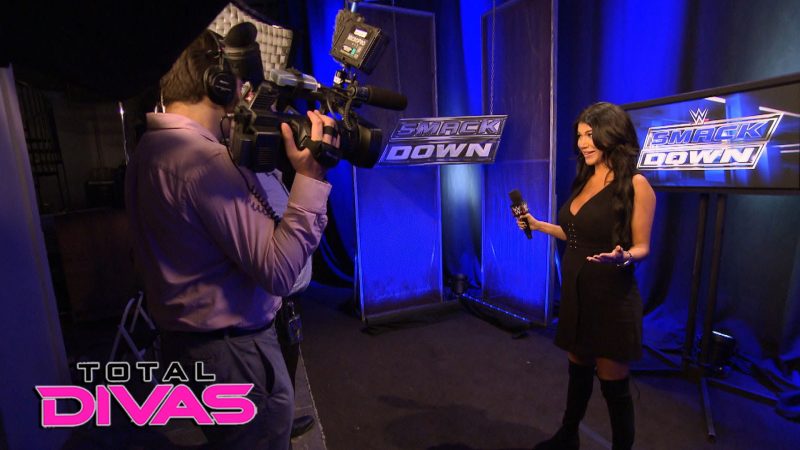 On this week’s episode of Total Divas, Nattie showed her dad how to use his workout machine. She said she hasn’t be used regularly in WWE lately, and that is upsetting her. Backstage at a live show, Kevin came to see Paige. She said they have had speed bumps in their relationship since she admitted she didn’t want to be engaged. She also said she felt bad for any guy who wanted to be with her and that she didn’t want a boyfriend in the WWE.

Paige told Alicia sometimes she finds it annoying having Kevin backstage at a show. Brie got flowers delivered to her backstage from Daniel Bryan. Brie and Nattie discussed that Daniel Bryan would have been upset if she hadn’t taken his name when they got married. Nattie was struggling with taking TJs last name because he wanted her to but she didn’t.

Paige vented to Alicia after getting a text from Kevin that said she was cold blooded. She said Kevin claimed he wasn’t getting enough attention from her. Paige said she didn’t want to go home because she needed space from Kevin, so she went home with Alicia instead. 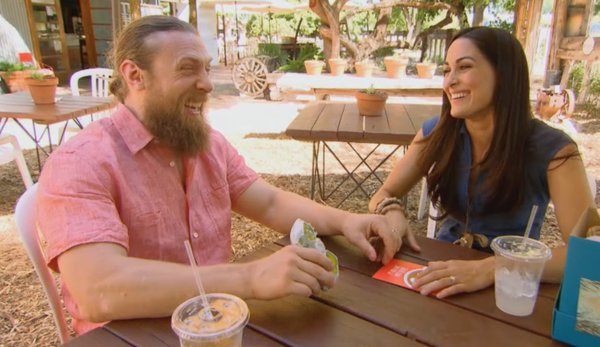 Brie and Daniel Bryan talked about how he is more romantic than she is. Brie said she loves love and that is romantic to her. Backstage at a pay-per-view Rosa told Nikki she wanted to make use of herself, and she might take a social media course to have something to do at work. Alicia mentioned again that Nattie hasn’t taken TJ’s last name since they got married. Nattie said she didn’t want to forget where she came from so maybe TJ should take her last name.

Nattie watched Nikki’s Night of Champions match and expressed her admiration for Nikki being the divas champion for so long. Nikki lost the championship to her opponent that night and said that now her run as Divas champion was over she had to take care of her body. Nattie and TJ had lunch with Nattie’s parents and mentioned taking TJs last name.

Brie and Nikki went shopping so that Brie could get a romantic present for Daniel Bryan. Brie admitted it was very hard for her to be romantic. Nikki told Brie to make reservations for a romantic dinner for two.

On the way home, Nattie and TJ talked about the name issue, and Nattie accused TJ of getting hostile. Nattie said TJ is an amazing husband, and she wanted to make him happy.

Brie told Daniel she was taking him out on a fancy date because she was trying to be more romantic. She rented a limo for them but Daniel said it was a little gaudy and all the neighbors had seen it pull up to their house. Brie said it was nice to get dressed up for something not work related. She said it never works out when she tries to be romantic and that she might not be a romantic person.

Backstage at RAW, Nattie was excited because she was going to get to appear on the show that night. Rosa went to one of the WWE video producers and proposed being a social media correspondent. She said it would be empowering for people to see a pregnant woman working. The video producer said he had to talk to WWE Executives first. She told the Big Show she was going to be a correspondent, and he congratulated her. She said the night was for her to show that she still cares about being a WWE diva. She said she was nervous because she felt like she hadn’t wrestled in years.

Backstage at Smackdown Rosa said she was doing her first social media correspondent interview. When they tried to film it, Rosa kept screwing up but said she felt like she was on top of the world. Page said she didn’t want to go home and deal with Kevin because they were arguing all the time. Alicia said she thought Paige was being a little bit ridiculous about Kevin and that if she wanted to make their relationship work, she needed to do so. Paige said she wanted to make it work with Kevin, and she didn’t want to hurt him. Alicia made Paige promise she would try to make the relationship work.

Nattie said she was going to compromise and keep her last name but take TJs too. She bought a welcome mat with her full last name on it. Brie said she had been trying too hard to do things Nikki thought were romantic, and she wanted to do things Daniel Bryan would think were romantic. Brie bought Daniel an electric car he had wanted forever and told him the day was all about him. Brie had put an address in the GPS of the car but wouldn’t tell Daniel where it was.