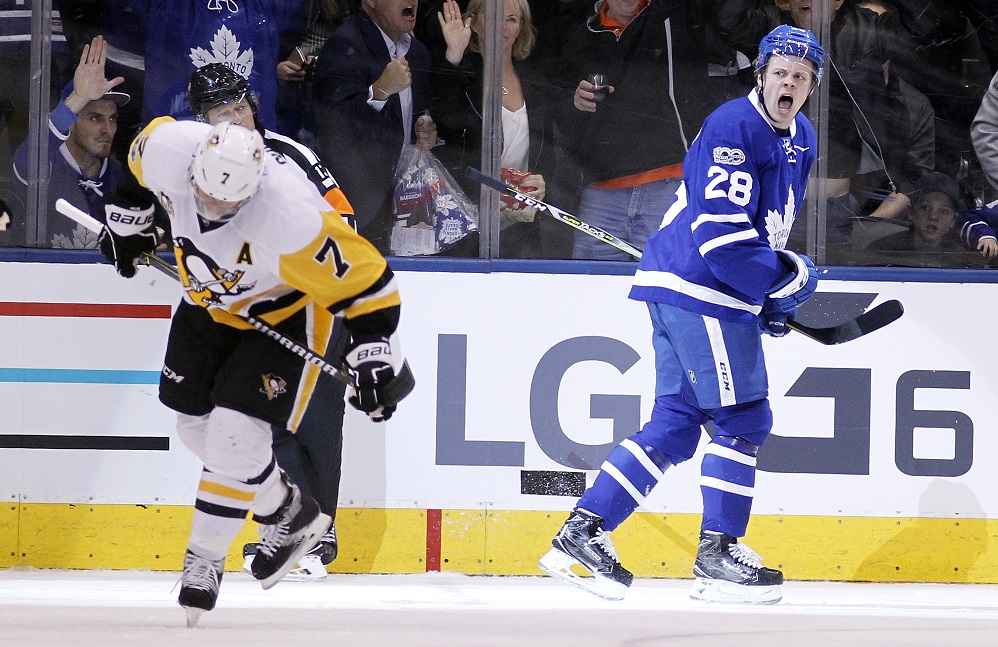 One explanation is simply that, on the nights in question, the cards just fell the way they fell. I have no doubt that there’s a whole bunch of hockey fans out there that will simply take this position. There are people in life that think that anyone that questions anything is a tin-foiled-hat conspiracy theorist that’s been probed by aliens.

However, there is a large contingent of what I see as smarter fans that don’t think that the calls are the result of balanced officiating. Fans aren’t always writers. However, fan opinion can still be ascertained from social-media outlets like Twitter. There has been an outlash there of frustration with the balance of penalties, especially from fans of the Alberta-based teams as they face California ones.

Long have I argued that there is something that I have called “The Canadian Slump” in North American sports with a potential factor in that slump being that Canadian clubs don’t deliver TV ratings in the precious American market: “my suspicion,” I wrote about a year ago, “is…that Canadian-based franchises not fitting into American advertising is a major factor in The Canadian Slump” (April 13th, 2016). To elaborate, I think that the NHL would prefer to have American teams deep in the playoffs rather than Canadian ones, because America is where the NHL can grow. In Canada, there’s basically no room for growth as Canadians are hockey-crazed already.

When looking at Major League Baseball, NBA basketball, and NHL hockey, no Canadian-based team has won the outright championship for their league since the 1993 Toronto Blue Jays did it on the Joe Carter homerun. About a year ago I looked at that trend and noted 202 team-seasons in those leagues where a Canadian team didn’t win the title. That’s a drought that is much longer than the combined World Series drought that the Chicago Cubs and the Cleveland Indians had before the former of which won the 2016 Fall Classic.

I felt that the Toronto Blue Jays were screwed in both the 2015 and the 2016 ALCS series. In the NHL, one of the more egregious calls that stands out in recent years is the 2015 Tampa Bay offside against the Montreal Canadiens where the Lightning gained the zone and scored an overtime winner. However, that’s just the egregious: shoulder tugs, slight hooking, and other small-bits of interference seem to favor the American side in general when they play the Canadian clubs in the playoffs. I think the Oilers, in particular, this year started to play tentatively after the barrage of calls went against them on Wednesday while San Jose did not have to feel the same inhibition.

Of course, The Canadian Slump is not marked by Canadian teams failing to win their series year-in and year-out. There are precedents of Canadian-based teams winning conferences and making the conference finals. Being the stronger team counts for something as well. For that reason, heading into the playoffs, I remember predicting that the Oilers would beat San Jose. I also felt that Montreal was in a coin toss against New York and that Ottawa was in the same boat against Boston. They may yet be if the calls on the nights in question were just the result of fair play.

However, let’s not forget about the broader context here. If you are Canadian and have lived a quarter century or slightly longer, you can’t actually remember a time when a Canadian team won the Stanley Cup or the World Series because it hasn’t happened since 1993 (Montreal Canadiens/Blue Jays). You might think that Canadian teams just suck and maybe you’re right. But what they suck at could be debated: do they suck at the sports or at winning favor south of the border?

I see the latter as the problem, and the viewing experience of poorly officiated games certainly sucks the most. It’s like “what, you don’t want the team I’m pulling for to win?” When that gets in your head consumer enjoyment of the NHL’s product is no longer there and, I think, many Canadian sports fans, judging by Twitterverse, are in that frame of mind. The NHL does have to worry about credibility and Canadian sports fans, from this point of view, unfortunately, may need to be consumer advocates for officiating.