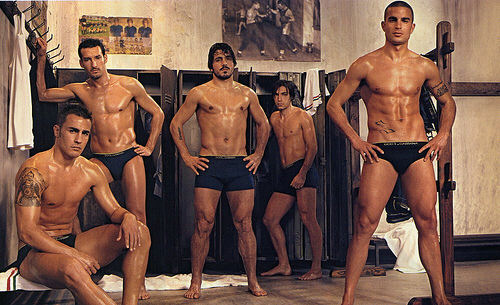 No sport is based on opinions like soccer. For many other sports you can create solid arguments based on statistics due to the less radical play style of many sports. With football, however, statistics only tell so much of the story. With the modern age of soccer heading towards a far more analytical style, there’s no surprise that many soccer players are rated purely on perceptions on statistics and limited footage.

I’ve tried to pick my list based on players who get a lot of coverage from the media and the soccer world in general, but don’t seem to warrant that praise and acclaim. Before you get your pitchforks and torches at the ready, keep in mind that these are only the opinions of this writer.

So without any more disclaimers, let’s look at eight of the world’s most overrated footballers. Note the lack of defenders in this list, as the majority of soccer defenders at the moment are overrated in the first place! 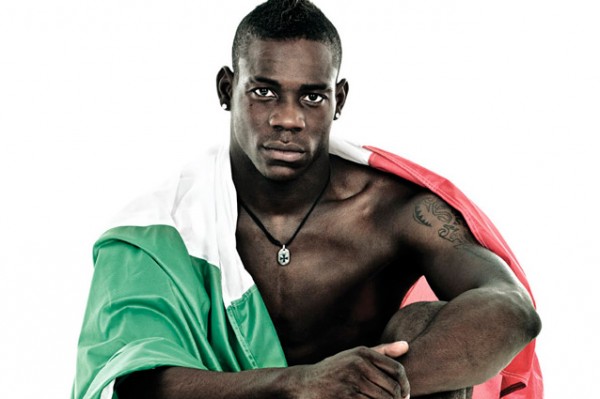 Despite having unquestionable talent, Balotelli is currently best reminded by his host of off field antics that show the man is putting his skill to waste. Still lauded by many as the next best thing to come if he can mature, he should be well onto his way of becoming one of the greats.  Instead we are constantly asking when, instead of knowing now.

With more a sense of entitlement, than actual hard work and effort getting him to his highly rated status, Balotelli hasn’t done much in recent years to earn him a place in the upper echelons of the best forwards. He clearly has the skills to get himself there, but actually doing the work that would result in due plaudits, seems to have alluded the young Italian, and he can only have himself to blame.

Not many would put up with hard efforts knowingly required into managing the temperamental striker, and with plenty of others out there with more heart and desire (think Luis Saurez) Mario is quickly becoming a ‘what if’ type of player. 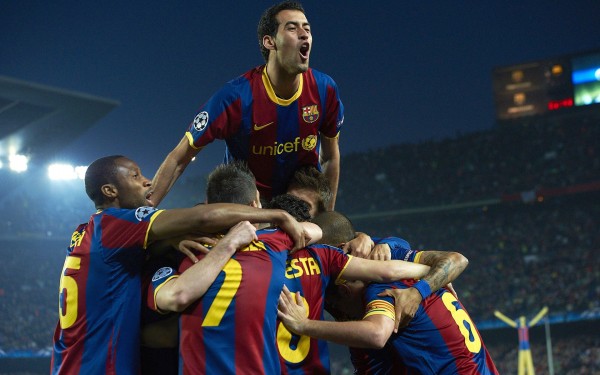 IF you could spend most of your games behind two of the most creative and brilliant players of your generation, you could earn yourself a reputation like the Barcelona and Spain midfielder. When the main aspect of your play is passing short balls to midfielders like Xavi and Iniesta It’s easy to think you are doing your job well, but in games of great magnitude you can find he offers little, and if the aforementioned midfielders aren’t available, you can find his abilities limited at best.

His off the ball simulation and play acting are less than desirable qualities you want from a ‘disciplined’ holding midfielder, and seeing these actions in some of the biggest games that Barcelona could play in, offer little encouragement. Not known for game changing passes or deep runs, it’s easy to forget that he is little more than a tempo player who happens to be surrounded by far greater talents. 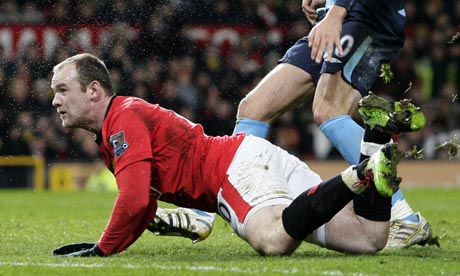 One of the highest paid players in the world and the face of English football, it’s easy to think that Rooney must be one of the best forwards in the world. However in recent season which have seen his position as a striker become more a parody these days, the England player has been thrown in at many positions just to feature him in a game.

You would think a man of his name you would know exactly where he was playing week in and out, instead we see undue praise thrown at him for ability to adapt across the pitch and play many roles, for his wages you would be expecting a consistent amount of goals and assists. Hot and cold throughout his career, and once tipped to be the next Pele, Rooney is quickly being remembered for the things he’s done rather that what he is doing. 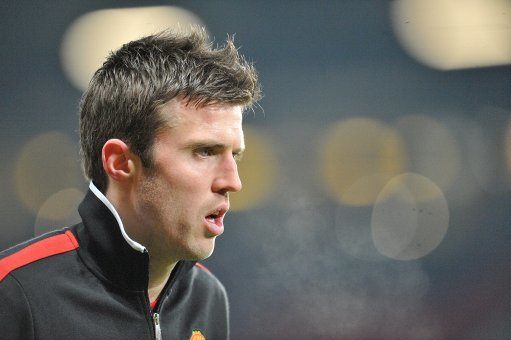 For a player who spent two UEFA Champions League finals being given a lesson, Carrick is a player who receives an incredible amount of praise. Conversely, he’s a player who tends to be viewed as ‘underrated’ but I’d need to state the opposite. Many pundits speak of him as if he is indeed the “English Xavi” but in reality he’s nothing of the sort. I rarely see Carrick boss a game of genuine magnitude, and as he now comes towards the end of the career it looks like the opportunity to do this regularly at the top level might have passed him by. He’s a good player, of course, but he’s not the metronome he’s made out to be by many. 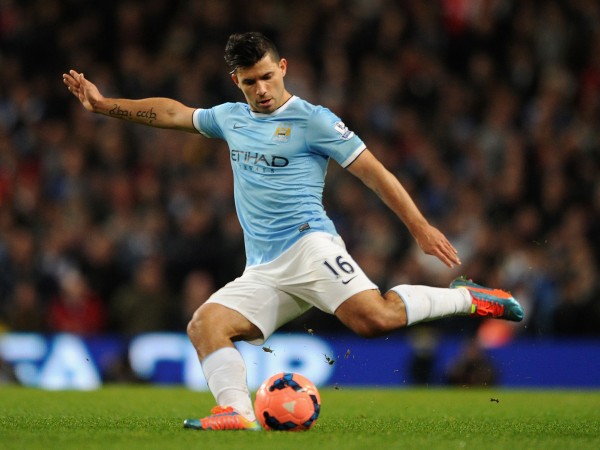 Despite being one of the best forwards in the world at one stage, he’s been on a steady decline for the last two years. That might sound weird, given his great goals-to-games ratio last season, but when it’s really mattered he hasn’t quite hit the heights since his outstanding debut season in Manchester.

At Atletico, he genuinely looked too good for anyone but the top sides, but at the moment he seems to have gone off the boil in terms of making the genuine difference on the biggest stage. His invisible performances in the World Cup are just another part of the reason why Aguero isn’t quite at the top pantheon of forwards at the moment. He’s still awesome, but on the same level as Messi, Ronaldo and Suarez? Not for me. 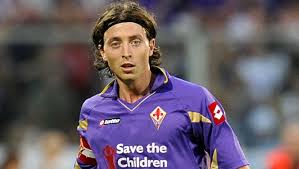 For two years, Riccardo Montolivo has perplexed me greatly. A player of incredible potential at a young age, he stagnated greatly in Florence and, in truth, only became a Milan player due to their incredible downsizing. It’s a sign of the times at Milanello that he is the captain, given some of the stellar names that have graced the San Siro in the red and black. He’s a shadow of players who once played in his position – Seedorf, Albertini, Pirlo to name but three.

In the many times I’ve seen Montolivo play, especially at Milan, I’ve yet to see anything of genuine world-class talent. Yet this is a player who captains one of the most successful clubs in the world, and has nearly 60 caps for his country. It could be argued that my own problem with Montolivo is what he stands for more than his own talents, but as a leader and commander of a midfield for a top side? Never in a million years. His career has been greatly improved by the faith that Cesare Prandelli showed him, but I don’t believe many other top managers would give him that same faith. 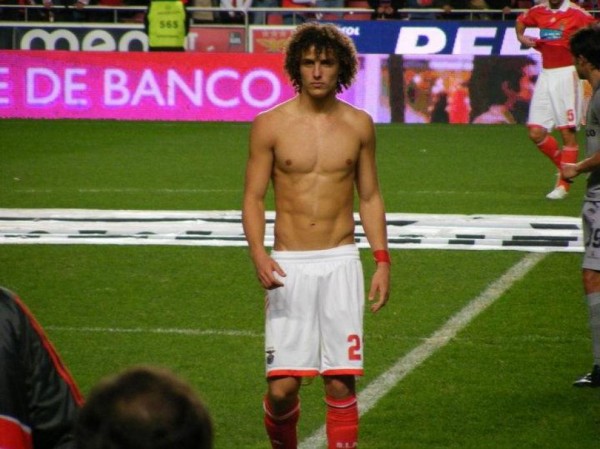 The hilarious defender is one of the most box-office footballers out there, but for a lot of the time it’s for the wrong reasons. On his day he’s incredible, but I’d say he’s overrated purely on the basis that in his career so far he’s moved for north of $100m! That’s an incredible amount of money to be spent on a player who comes with outstanding deficiencies in the basics like composure, decision making and positioning.

He seems to play, to coin a term used by Gary Neville, like somebody controlled on a games console. He enjoys the same lapses of concentration that I do when playing Pro Evolution Soccer, which for one of the most expensive players around is an absolute disgrace! 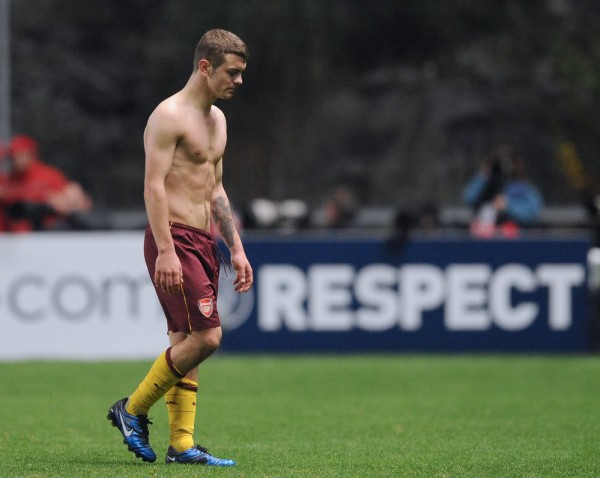 I don’t want to stick the boot into him too much as he’s had an incredible amount of injures, but my main issue with Wilshere stems from two things. One, from a young age he’s clearly been hyped to a point of absolute propaganda levels – he was never given a fair chance from the off as from his debut against Real Madrid in the Emirates Cup he’s been spoken of in the highest of terms.

Then, against Barcelona for Arsenal in the UEFA Champions League, he ran the show. He dominated the best midfield in the world at the time, but since then a performance even similar to this has only been seen in video games. He’s not at the same curve in his development that players of a similar age are.

My other main issue with Wilshere is his mentality. Despite going into a tackle he described as “70-30” in Danish defender Daniel Aggers favor and getting seriously injured, he believes that it’s a big part of his game and won’t stop doing these kinds of tackles. What kind of player goes into challenges he has no capacity to win, just to prove a point? If you had a tenth of Wilsheres ability and vision I could understand that, but why does he play like that when he has absolutely no need to base his game around such a style?

As stated at the start of this article, it’s purely my opinion. These players are some of the finest around in the opinion of many, but I don’t see enough from them that warrants this type of attention.